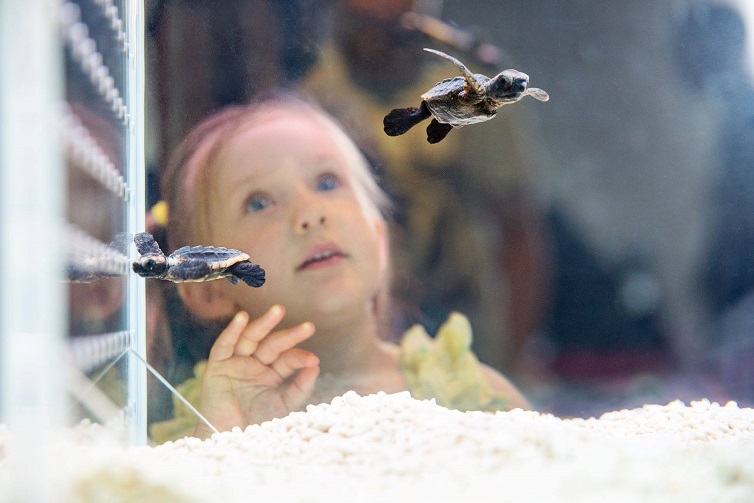 Brisbane Kids get excited as the biggest event on the Science calendar is set to return to Brisbane for another year in March 2021. From 24 – 28 March, South Bank’s cultural precinct will come alive with an array of exciting events in science, technology, engineering and mathematics (STEM).

Things are slightly different this year with more of the program available online, new livestreaming options and more.

With more than 120 events, there is something for all curious minds at this year’s festival including  Science Lunch with Dr Karl, gross science, live music, workshops, live shows, walking tours, night adventure tours and the popular Hatchery.

This year will also include the City of Science -a city-wide, FREE five-day science extravaganza! In a non-stop, action-packed program including hands-on workshops, science storytelling and audio tours – City of Science is for the whole family. From South Bank and Brisbane City Mall to Mt Coot-tha, the Valley and West End. You never know,  you may just have the next Albert Einstein or Dr Karl on your hands and attending one of the events could be the first step in their science career! With so many events at some amazing venues over 5 days, there is sure to be something for every budding scientist.

The World Science Festival Brisbane is going to be one of the most awesome events in Brisbane this year, but don’t just take our word for it, check it out for yourself.

A lot of the shows are free, some are ticketed and many are family friendly!

Shows we love the look of so far include:

You can find the full Science Festival program and book tickets here. The World Science Festival started in New York in 2008 and is an annual event which aims to take science out of the lab and onto the streets, parks, museums and galleries in New York. Previously the Festival has included gripping debates, original theatrical works, interactive explorations, musical performances, intimate salons, and major outdoor experiences.

Back for a fourth year (it was unfortunately cancelled last year due to Covid), The World Science Festival Brisbane is a world-class event no different to those previously held in New York as proven in Brisbane in 2016 with big-name scientists, speakers and performers from Brisbane and the Asia Pacific Region lined up to wow Brisbane and make science accessible to everyone. The World Science Festival Brisbane will inform the public about the wonder of science across a range of topics such as climate change, space exploration, robotics and dark matter. Presented by the Queensland Museum and supported by  Tourism and Events Queensland and Brisbane Marketing, the Festival will be packed full of free and ticketed events for both adults and Brisbane Kids in iconic Brisbane venues such as the Queensland Museum, South Bank Parklands,  QPAC, QAGOMA, QUT and Griffith University, Brisbane Botanic Gardens, Queens Street Mall and the incredible The Workshops Rail Museum.

To find out more about Brisbane’s wonderful array of regular cultural festivals, take a look at the upcoming Brisbane Festivals or our Brisbane Kids Event Calendar