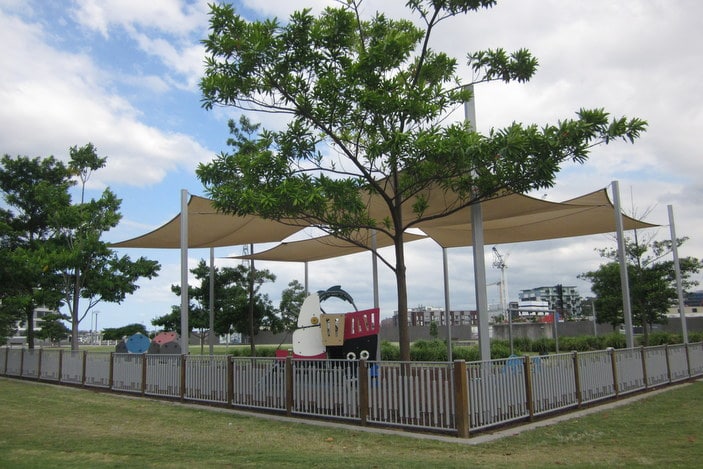 Enjoy views of the Brisbane River while the kids run around the green open spaces and conquer the maritime-themed playground at Waterfront Park in Newstead.

Waterfront Park occupies a large area adjoining the Brisbane River, with lots of green space and bike/walking paths around the man-made lake and apartment buildings that sit within the park. There is a compact playground in one corner of the park, which has some fun climbing equipment including rock-climbing cubes and spinning structure for older Brisbane Kids. The tropical ocean liner with a slide is well suited for younger kids. There is also a swing set with one standard and one baby swing, a seesaw, and a smaller spinner.

Younger Brisbane Kids will have fun playing captain of the ship, or setting up a shop at the window underneath it. Older kids can imagine they are mountaineers scaling the heights when climbing up the cube, or acrobats flying through the air on the spinning structure. When you are ready to explore the park further, a walk down to the riverfront to investigate the wharves (featuring disused tram tracks) can allow imaginations to run wild with thoughts of disembarking big ships for distant lands.

The playground at Waterfront Park is partially fenced on two sides (including the side facing the road), and is shaded by shade sails and some trees. While there are lots of wide paths throughout the park, there is no path leading directly to the playground, and the playground is not particularly wheelchair or pram friendly as it is on a bark base. There do not appear to be any toilets facilities in the park, but there are toilets (including disabled/baby change facilities) in the Gasworks Plaza shopping centre across the road on Skyring Terrace. There are a number of sheltered picnic tables and barbecues around the playground.

Another great nearby Brisbane Playground is New Farm Park at New Farm, or Bulimba Riverside Park across the river at Bulimba. 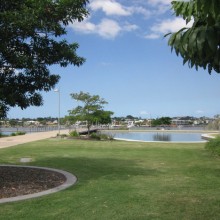 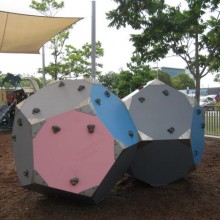 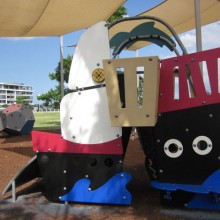 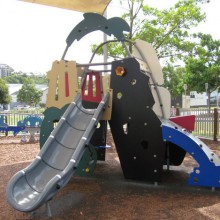 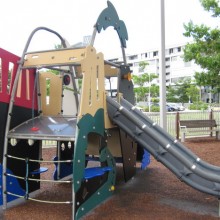 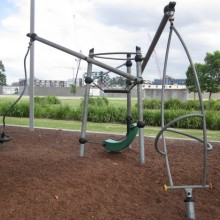 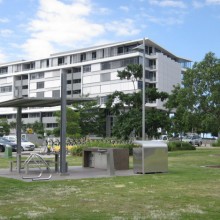 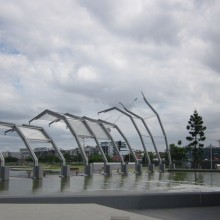 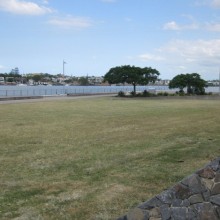