Top 16 Most Amazing and Unusual Animals at Australia Zoo 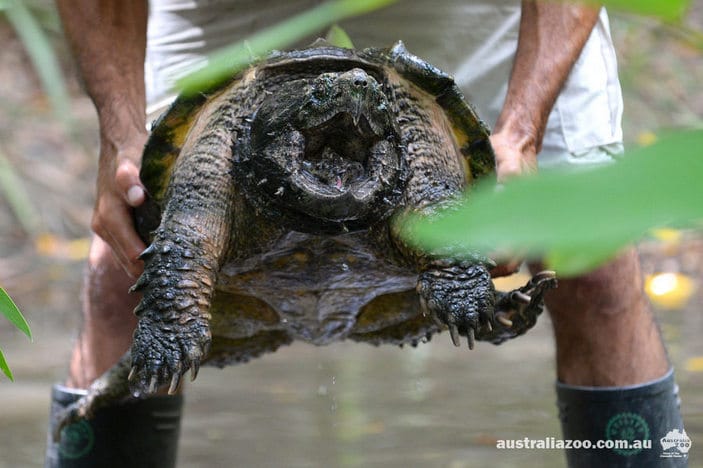 Have you ever wondered what some of the world’s most amazing and unusual animals at Australia Zoo are? With everything from a turtle with a pretend worm on its tongue to a snake that can devour an entire deer, and with plenty of curious and cute animals in between, this list has it all! What’s more, you can see all of these amazing creatures right here in Queensland, at Australia Zoo! Australia Zoo is home to a huge range of amazing animals, from small shingleback lizards to giant southern white rhinos, and they are passionate about education and protection for all wildlife, from the weird to the wonderful!

Check out these interesting facts about our top 16 most amazing and unusual animals, and head to Australia Zoo to see them all (and many, many more!) in person! 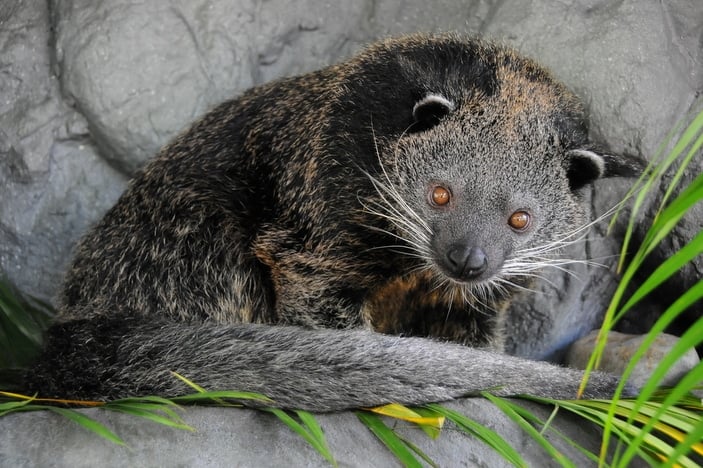 Also aptly known as bearcats, binturongs have a natural scent that is often described as buttered popcorn! Binturongs usually spend most of their time high in the canopy of rainforests, mainly eating fruit, but they can also swim and even dive to catch fish.

The fierce snake (inland taipan) is the most venomous land snake on earth! A bite from a fierce snake could kill 100 adult humans! Their habitat is the black soil plains of central Australia, in the area where the Northern Territory, South Australia and Queensland meet. 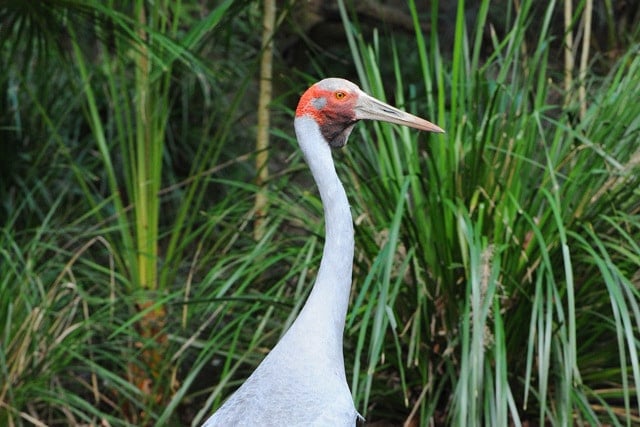 Brolgas are tall, wetland cranes. Brolgas in courtship engage in a lavish dance, where they face each other, spread their wings and do elaborate head moves, jumps and pirouettes! Brolgas often mate for life, and after breeding, both the male and the female will take turns to incubate the eggs.

The heaviest freshwater turtle, alligator snapping turtles (pictured above) have enough jaw pressure to sever human fingers! They can stay below the surface for up to 50 minutes, and they lure prey with their tongues, which feature a red, worm-shaped appendage to tempt hungry fish in! 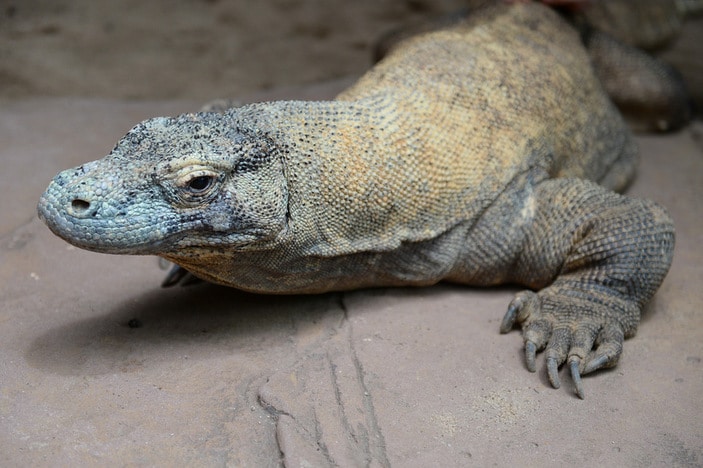 Komodo dragons are the largest venomous animal on earth. Komodo dragons eat meat, and their saliva contains poisonous bacteria that can kill or disable their prey. They will eat anything from small insects to huger water buffalo! 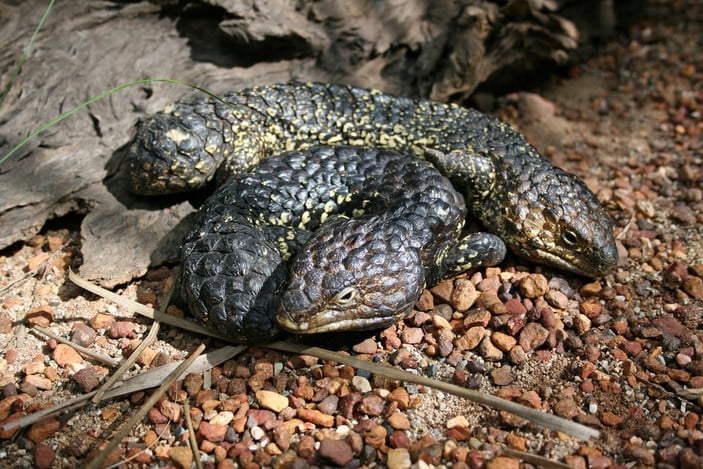 Shingleback lizards have blue tongues and a tail the same shape as its head that works to confuse predators. Shinglebacks usually live alone, but during mating season, they often seek out the same mate year after year and find each other by their scent.

Ring tailed lemurs are only found in Madagascar. They live in large family groups, known as a ‘troop’. Each troop is led by a dominant female. When the troop is on the move, the lemurs hold their ringed tails straight up in the air, to help everyone to see one another and not get lost. 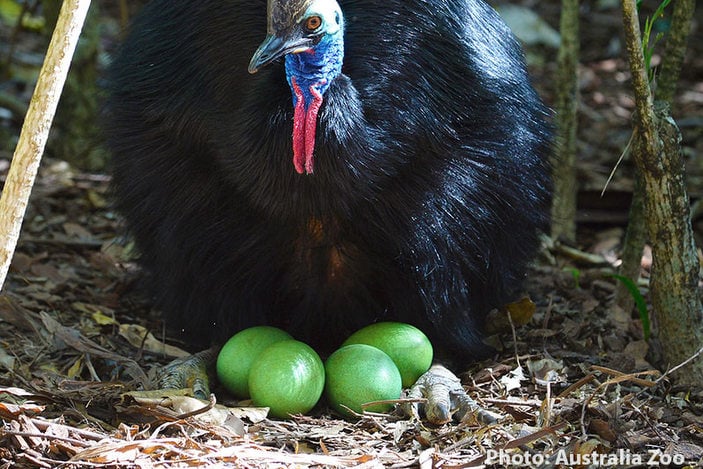 The name ‘cassowary’ is of Papuan origin, coming from the word ‘kasu’ meaning horned and ‘weri’ meaning head! They grow up to two metres tall and are the heaviest bird in Australia. The female grows even bigger than the male, and is often more aggressive too! 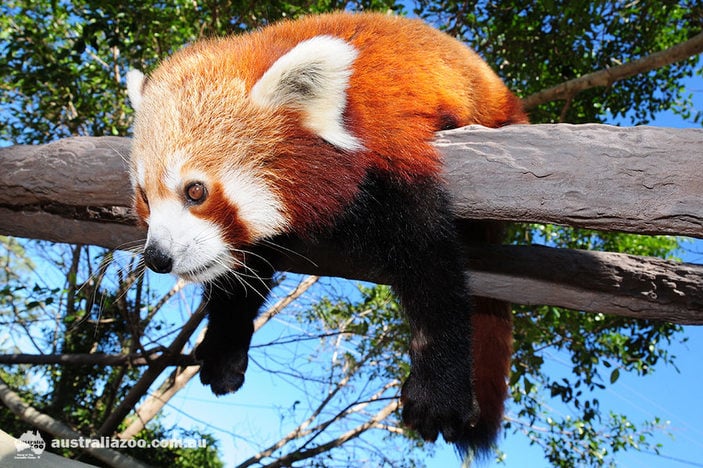 Red pandas come from the mountainous slopes of the Himalayan foothills. Like giant pandas, they mainly eat bamboo, but they also sometimes eat grass, fruit, insect, eggs and small birds or rodents. Red pandas spend most of their time in tree and have a sixth, false thumb that assists them with climbing!

Perenties are the largest monitor lizard in Australia, growing up to two metres or more. They use their strong tail, powerful legs and sharp-curved backward-pointing teeth to forage for food. They also use their front legs and claws to dig underground burrows to hide in, similar to rabbit warrens. 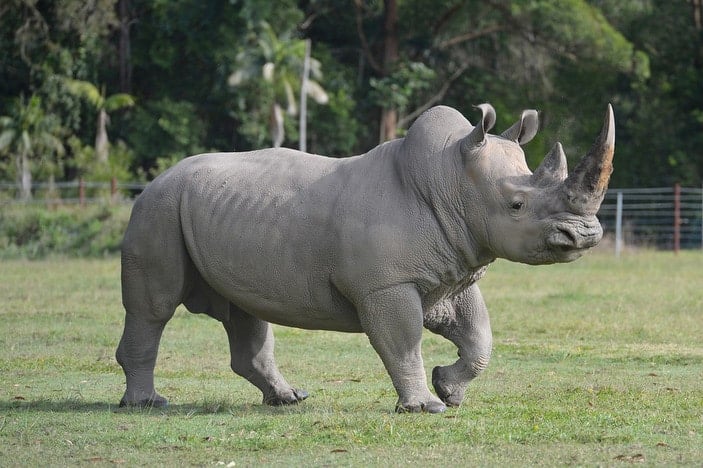 The name ‘white’ in ‘southern white rhino’ comes from a misinterpretation of the Afrikaans word ‘weit’, meaning wide. The southern white rhino is the second largest land mammal, after the African elephant. Despite their width and weight, white rhinos can actually run at speeds of up to 40km per hour! 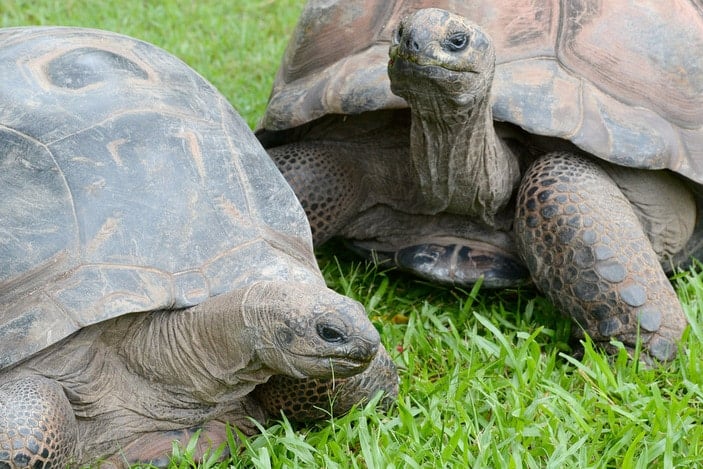 Despite being the second most venomous snake in the world, the eastern brown snake is actually the most dangerous snake in Australia due to its temperament! It is known for having a bad temper, yet like all snakes, it does not seek out humans to bite, and if left alone, would prefer to flee than attack. 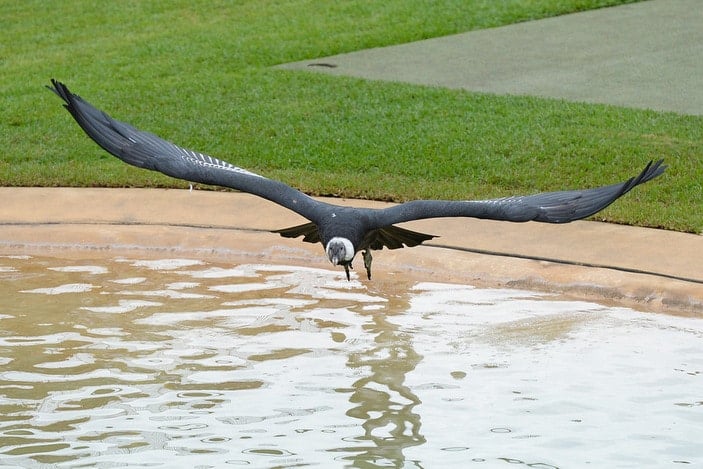 Andean condors are enormous, with the largest wing area of any bird. They do not build nests to lay their eggs, but instead have them on the bare ground in a cave or on a ledge! Unlike other raptors, they don’t have sharp claws for hunting. Instead, they are mainly scavengers or carrion feeders. 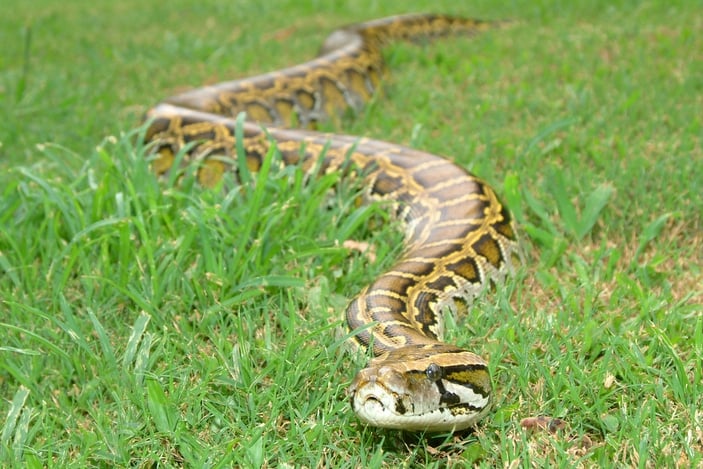 Burmese pythons prey on animals from small birds and reptiles to large animals like pigs or deer! They do not kill their prey with venom but instead suffocate them through tightly coiling their bodies around them. Amazingly, female Burmese pythons will also coil their body around their delicate eggs to protect and incubate them, using muscular contractions (shivering) to keep them warm!

Tasmanian devils have hairless ears that turn red when they’re excited, earning their names as devils. They are the largest carnivorous marsupial in the world and are common in Tasmania, having been extinct on the mainland for about 400 years. They have rear-facing pouches that are great for protecting their young from dirt when the mothers dig burrows!