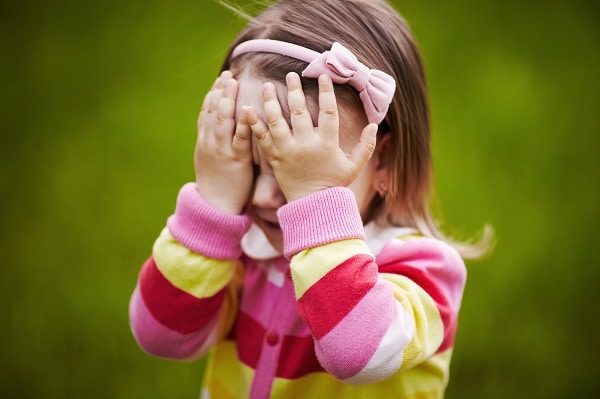 Have you been in a situation filled with people and find out that your child is having a hard time to participate? We’ve all had a moment where we felt shy but as much as possible, we want our kids to experience the world without inhibitions. What kind of approach should you do in order for him to overcome his shyness?

A child is shy if you notice that your kid would prefer watching the crowd rather than joining in. The Better Health Channel classified the possible causes of shyness as the following:

• Genetics – a personality trait that can be inherited by the individual. • Personality – children would more likely to be shy if they grow to be emotionally sensitive and easily intimidated. • Learned behavior – children can be shy by imitating their shy parents’ behavior. • Family relationships – children who don’t feel attached to their parents, who don’t experience consistent care-giving, or have overprotective parents who may teach them to be inhibited. • Lack of social interactions – their social skills may not have been enabled if they have been isolated for the first few years of their life. • Harsh criticism – significant people who teased or bullied a child may tend towards shyness. • Fear of failure – if they have been pushed too many times beyond their capabilities and made them feel bad for not measuring up, they may face a fear of failure and may present it as shyness.

There are lots of possible strategies that parents can do to be able to encourage their child to be more outgoing and to increase their confidence and self-esteem.

Clearing Out The Confusion

We all tell our kids not to talk to strangers; maybe this is the reason why he acts timid during social gatherings. Justify the boundaries between safe and dangerous strangers. Help him recognize which stranger he should talk to. You can show him pictures of family members whom he haven’t met yet so that he’ll recognize them once they meet in person.

Your parental attitude is crucial for the child’s development because this can increase the likelihood of him being shy. It is important not to label him as shy as some kids tend to live up to the labels that people give them. It can be particularly crucial during social gatherings where he can have a hard time talking to unfamiliar adults. He might acquire that he is actually shy when you tell the people around him that he is shy even if he’s just aloof in talking to strangers. 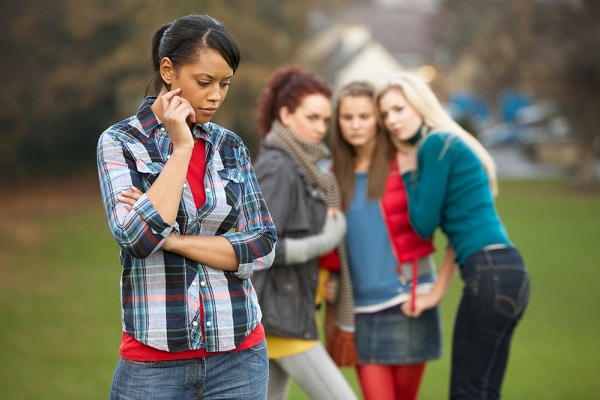 A child can be bashful due to several reasons. Talk to your kid and ask him the possible problem and help him resolve it. He may be acting less confident around kids his age because he fears that he will be teased. Describe to him how you responded in a similar situation when you were his age. Don’t order him to do the same but rather describe to him how it worked for you. Kids will tend to feel better this way as they often view their parents as powerful and god-like figures.

Get Out More Often

Expose him to unfamiliar settings and people. Interacting with other kids is one of the best ways for him to overcome his shyness. Let him join playdates and bring him to outdoor playgrounds where he can meet possible new friends. Outdoor play is crucial to a child’s development as it gives lots of benefits such as immunity to diseases, exercise, discoveries through exploration, and most of all, his social skills get to be developed.

There are certain situations where your child doesn’t feel intimidated. Take time to know his strengths and use that situation to help him boost his self-esteem. For example, if he doesn’t feel shy with his small group of friends, you can bring him in there where he can fully express his feelings. Knowing his talents will also help in expressing himself more. Let him focus on doing what he’s good at and he’ll gradually discover his unique strengths.

Help him learn how to express his needs when faced in a social situation. Coach him on basic social skills such as eye contact, smiling, and how to politely respond to a question. Pairing him with another shy child can help him feel more comfortable. Ask them to play together and give them activities that nurture their common interests. It could be an art project, going to playgrounds, or simply putting a puzzle together.

Teasing and bullying produce a shy behavior. Don’t allow anyone or yourself to tease your child. Assess his situation at school by talking to his teachers and asking them how he’s doing in school. Bullying can be very harmful and lots of kids have been forced to end their life due to this. Protect your child from being a victim and remove him from that presence, if necessary. 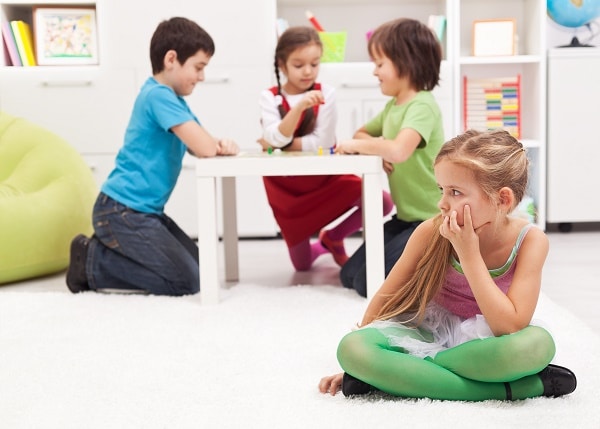 Practice skills that can help him respond on social situations. Exercise simple confidence builders such as answering the phone, calling their friends and asking them to come over for a playdate, deciding where you’ll eat and what he’ll eat at a restaurant, or by simply saying please and thank you to adults.

Good deeds are always rewarded. Let him realize these good deeds by highlighting where he becomes comfortable and confident with his own self. Reward him with small tokens to keep him motivated on what he’s doing.

Shyness should not be seen as a problem. There are lots of ways to support our child. Don’t force him to be outgoing but rather let him be his best self. Every child is unique and it’s normal to feel shy once in a while. If his shyness happen more frequent than usual and it becomes debilitating, know when and where to consider professional help.

One response to “Strategies For Helping Kids Overcome Shyness”