With its variety of equipment, facilities and its proximity to cafés and shops, this John Scott Park in picturesque Samford is a fantastic destination for a picnic and play with your Brisbane Kids.

Surrounded by niche art and craft stores, cafes and a wide-open stretch of grass, John Scott Park in Samford Village is perfect for a morning or afternoon in the outdoors. There are BBQ facilities, sheltered picnic tables and wheelchair-accessible toilets. The playground area has two distinct zones: a tall fort with slides and a rope bridge for older kids, and a smaller fort with slides for younger children. Both structures feature an array of climbing, swinging, playing and sliding opportunities.

The younger play zone also features a play train, a see-saw which moves around in a circle as well as up and down, and two springy toys.  The older play zone has a popular climbing wall, rope bridge and a bigger slide. The park also features a pentagon-shaped swing set, where kids can swing in towards each other (or away), resulting in lots of squeals and giggles. Another set of swings is adjacent to the playground and is suitable for younger children and toddlers. Two large grassed areas open up on either side of the playground – perfect for a run and a game of frisbee. Throw in the basketball and bike too, as there is also a new basketball court and BMX track on the right-hand side of the playground area. Or for a more sedate option, bring along the boules/petanque set, to play on the purpose-built playing field.

Little Brisbane Kids can’t go past the play train for old-fashioned, make-believe games at this park. The climbing wall is fantastic for mini-mountain climbers, testing skills whilst building strength. Little football stars will love kicking a ball around in the open grassy space. There are lots of other things to see and do in this park too – the surrounding trees are full of possum/bird boxes and you’ll often spot colourful lorikeets or squawking cockatoos in the tall gums. In the younger play space, a pretend “corner store” is bound to result in a game of shops.

John Scott Park has wheelchair accessible toilet facilities and some flat concrete paths suitable for pram and wheelchair use. The playground is partially shaded by shade sails and the well-established surrounding trees, however, some play equipment is open to the elements. There are plenty of catering options at the nearby cafés and shops for a picnic, as well as gas barbeques if you choose to BYO.

Things to do in Samford

Child-friendly food destinations nearby include the Samford Valley Hotel (which features a playground). We have also written a review on things for families to do in Samford so that you can make a day of it, with ideas like a visit to The Store of Requirement (a Harry Potter-themed shop) or a cycle around the Samford Village trail. And just a stone’s throw away from the John Scott Park and playground is the Samford Museum, which is open to the public. 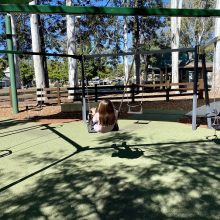 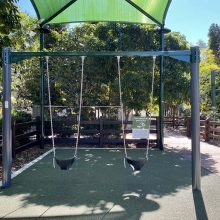 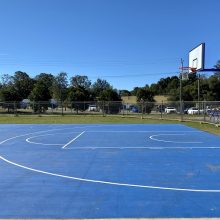 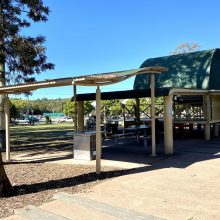 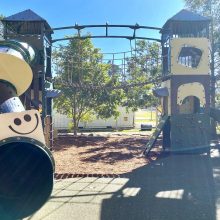 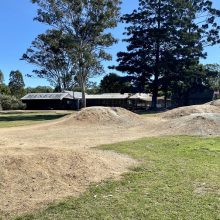 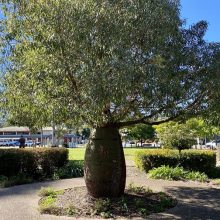 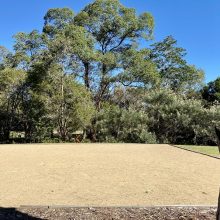 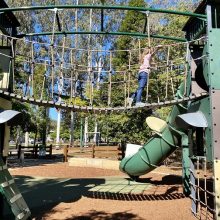 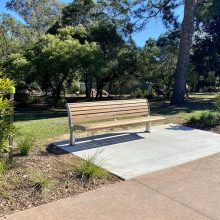 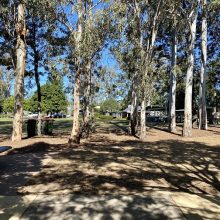 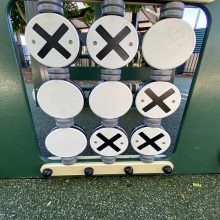 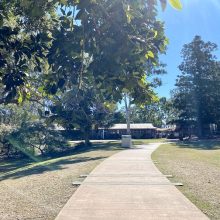 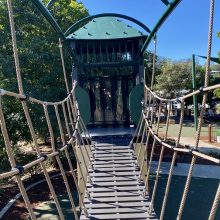 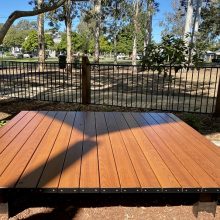 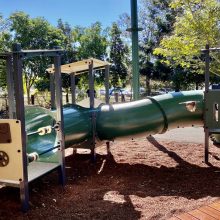 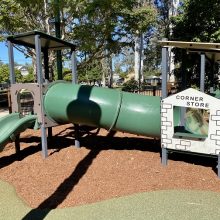 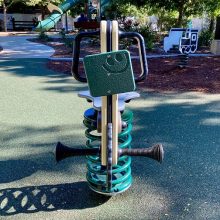 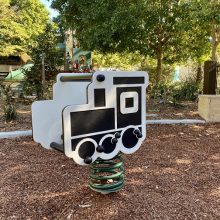 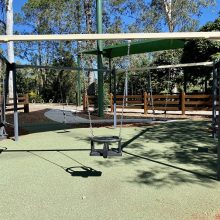 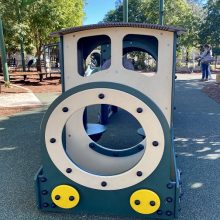 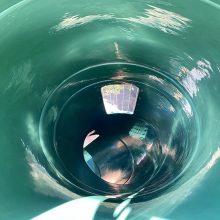 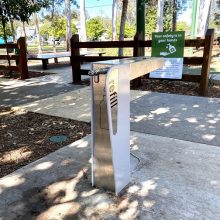