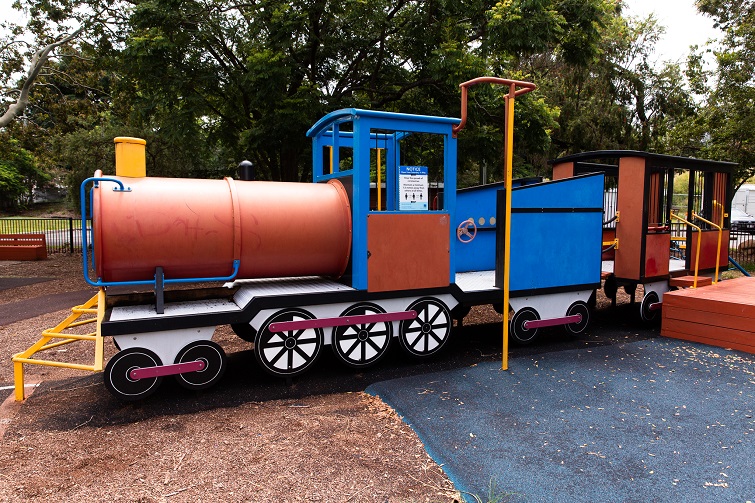 Milton Park is a fully fenced playground with a train themed play space. Shaded by mature jacaranda and fig trees it is quite a compact playground making it easy to keep an eye on multiple kids with the added peace of mind of the secure fencing.

It is a park that will be particularly popular with younger kids who have an interest in trains and other transport vehicles. In addition to the playground train theme there are also trains, trucks and busses running past the park at regular frequency all throughout the day.

The hero of the play space is a replica train that sits in the centre of the playground and atop a track that heads in the direction of a cleverly painted tunnel mural. The train is where the majority of the play will happen and kids will enjoy climbing the stairs or the wide metal ladder to reach the inside of the train. From here they can access the slide down to the ground or exit using a fireman’s pole which sits on the opposite side of the train.

The height of the stairs, ladder and slide is compatible with toddlers and early walkers. The train itself is quite spacious and affords the room for kids to wander through a carriage or sit as a passenger or head straight to the front to play pretend as the train driver.

Other features through the fenced playground area reinforce the transport theming and include a railway crossing, petrol station, cafe for a quick stopover and various transport-related signs. Other play equipment includes a hammock, swings (including a toddler swing) and a spinner.

If you have a Brisbane Kid that loves trains you might also be interested in our transport themed collection of places to go with kids.

With a replica type train built for creative play and even a petrol bowser, there is everything your kids need to have a fun transport themed adventure. Brisbane Kids will love playing shop, serving up ice creams at the ice creamery or petrol at the service station. Little train drivers can take their passengers around the world, spotting all sorts of wonders along the way.

There are designated disabled parking spots at Milton Park.  This is a nice level space and the paths through the playground are wheelchair friendly, but the play equipment isn’t particularly designed for accessibility and the train itself is raised and is essentially a climbing structure.

Milton Park has toilet facilities. The playground is fenced and shaded most of the day by mature trees. There are bike and walking paths throughout the park. Shelters and electric barbeques adjacent to the playground make it the perfect spot for a picnic lunch.

Another great north-side Brisbane Playground is Neal McCrossan Park or if you have older kids, Frew Park at Milton.

How to find Milton Train Park

Milton Park is located on Milton Road near Eagle Terrace (opposite the former tennis centre) in Milton. 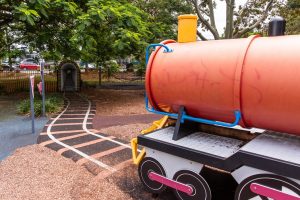 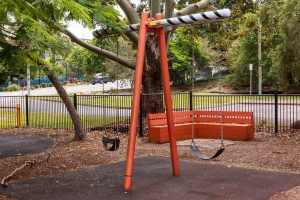 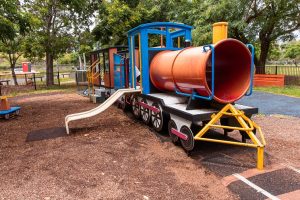 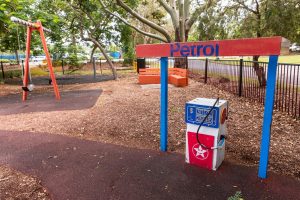 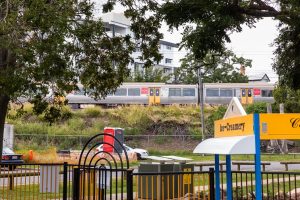 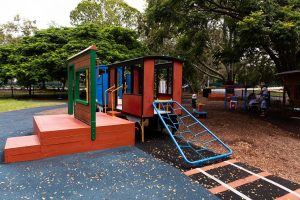 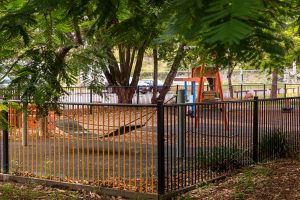 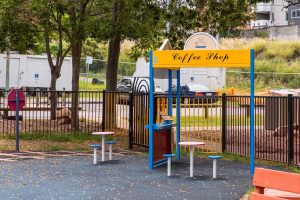 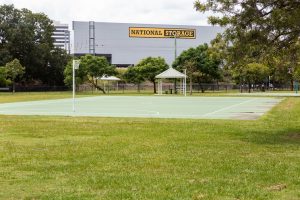 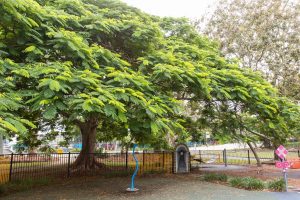 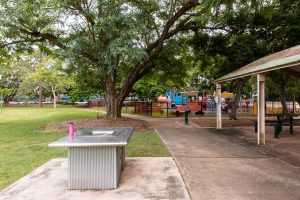 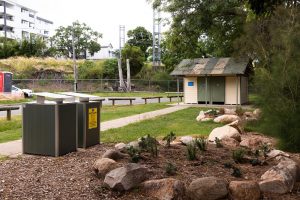 One response to “Milton Train Park in Milton” 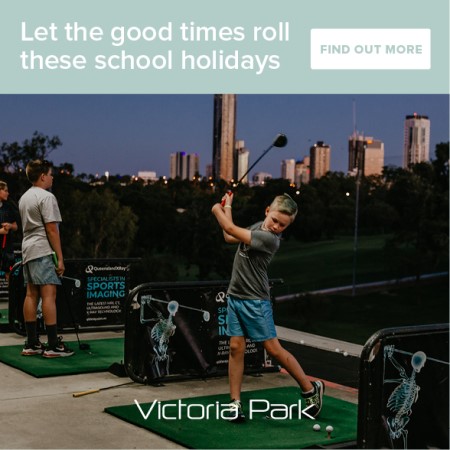