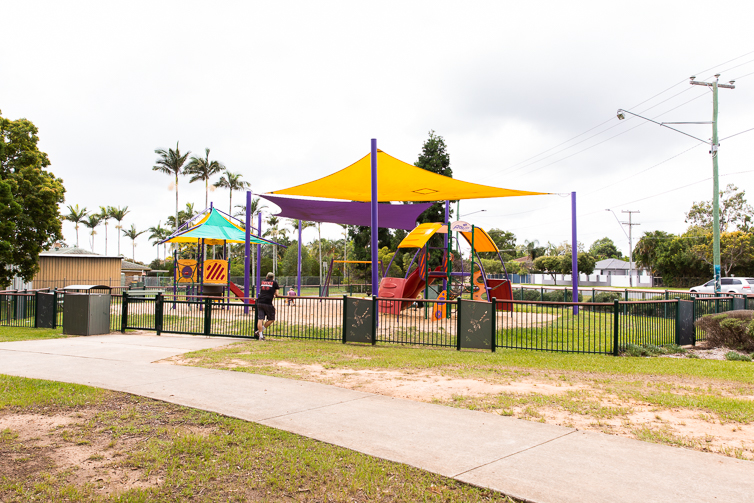 Middle Park playground packs a lot of fun into a compact space.  Fully fenced playgrounds are few and far between so if that’s a must for you, add Middle Park Playground in the Logan City Council area to your list! It’s conveniently located on Middle Road in Boronia Heights not far from the Mount Lindsey Highway.

There is a lot to like about Middle Park Playground! There is a great selection of elements here of varying size and difficulty that will keep Brisbane Kids of all ages challenged and entertained.  Younger kids will enjoy the rockers and see saw as well as the climbing fort with stairs and a smaller slide.  There are two swings here – one each of a toddler swing and a belt swing. A highlight for many children will be the digger which makes the most of the sand base in the middle of the fenced play area.

There is also a deceptively challenging dome shaped climbing and slide structure here – kids will have to discover how to climb and twist their way to the top of the double slide in the absence of any obvious ladders, stairs or even a platform.

Outside of the fenced area are an off street car park, a great range of fitness equipment, a modern toilet block as well as covered picnic tables and electric barbecues. Brisbane Kids will find themselves in the middle of a construction site with the digger taking centre stage here.  The spread of equipment and fenced nature of this playground means it also lends itself well to games of hide and seek and tag.  There is also a fun musical element here – a supersized xylophone – that will inspire many children to start a performance.

Older kids might have fun experimenting with the different fitness elements here – the geometric shape equipment is especially unusual and enticing!

Middle Park playground is great for families who are looking for a fully fenced playground space in the Logan City.  There is good shade over the playground provided by several shade sails.

This playground is on a sand base.

Dotted throughout the parkland are several covered picnic tabes and electric barbecues, so while the kids play safely within the fenced playground you could be cooking up a storm nearby.  The Park itself has many large eucalypts which provide plenty of shade as well as a habitat for native birds and animals who also call this park home. There is also an off leash dog park here with separate areas for small and large dogs.

The exercise equipment features a section with standard exercise machines, as well as an inviting section with a sideways cube structure, an S shaped balance beam and another geometric structure that resembles a cubist jungle gym. 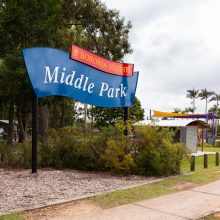 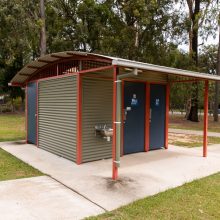 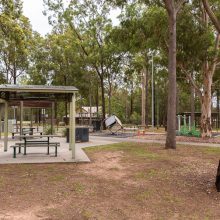 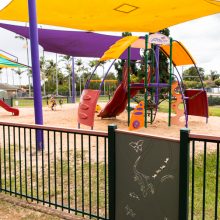 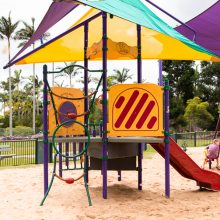 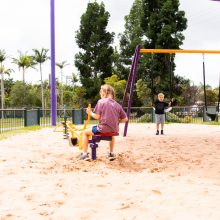 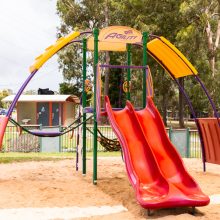 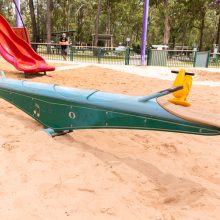 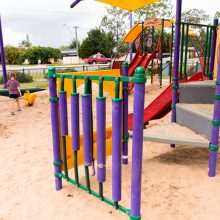 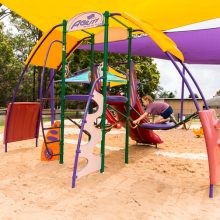 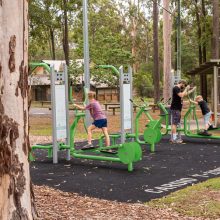 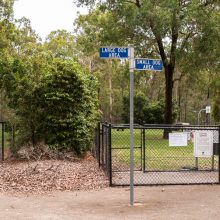 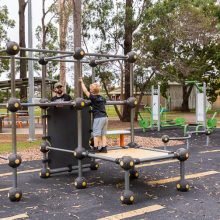