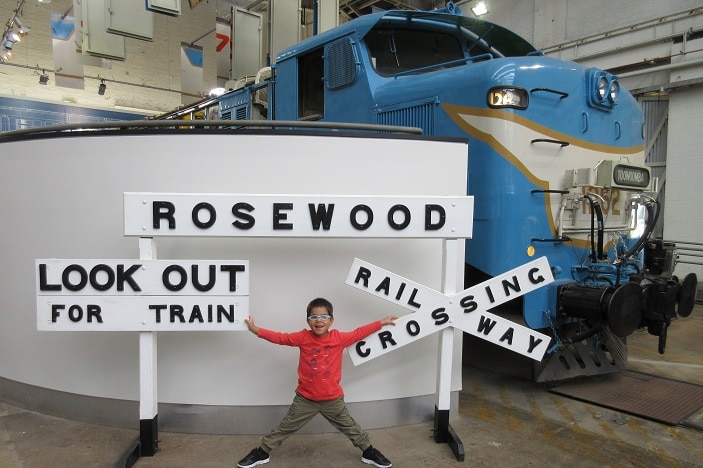 All aboard for BIG LOUD FUN at The Workshops Rail Museum Ipswich! There are so many places to go if you love trains in Brisbane but number one on the list would have to be the Ipswich Rail Museum! Back in 1865 the very first train to run in Queensland steamed west from the Ipswich Railway Workshops to the small settlement at Grandchester. Today the site is home to Australia’s premier rail museum which was built with the young train enthusiasts very much in mind.

It’s big, it’s hands-on, it colourful, it’s educational but most of all it’s FUN! A dedicated children’s adventure playground aptly named ‘Nippers Railway’ (a nipper was the youngest member of a railway gang) features a kids-sized railway network with a port, goods yard, country station, city station and even a signal tower. Kids can pedal through city stations pretending to be station masters and even don a hardhat for effect. This is one of the most popular sections of the Workshops Rail Museum. The Workshops Rail Museum features the largest model railway of Queensland anywhere in the world. Kids can discover a micro version of suburban Brisbane, busy ports, coastal landscapes, the cane and coal fields, outback Queensland and the iconic Kuranda Railway in Cairns. Tiny cameras are mounted in the display to see the view from inside this miniature world. 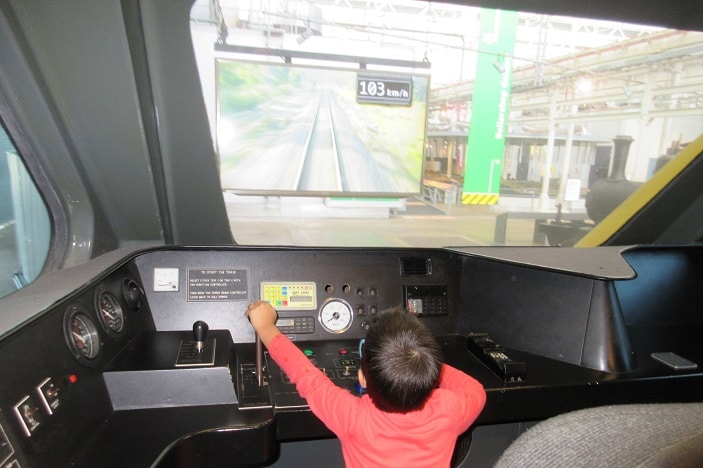 Real trains and multimedia exhibitions are packed into the Museum and include a diesel train simulator (can you stop the diesel train without overshooting the station? – it’s harder than you think!), a recreation of a long haul train departure from the 1920s, one of a kind pieces such as the Vice-Regal carriage, and the future of rail with a Tilt Train simulator.

Free activities once inside 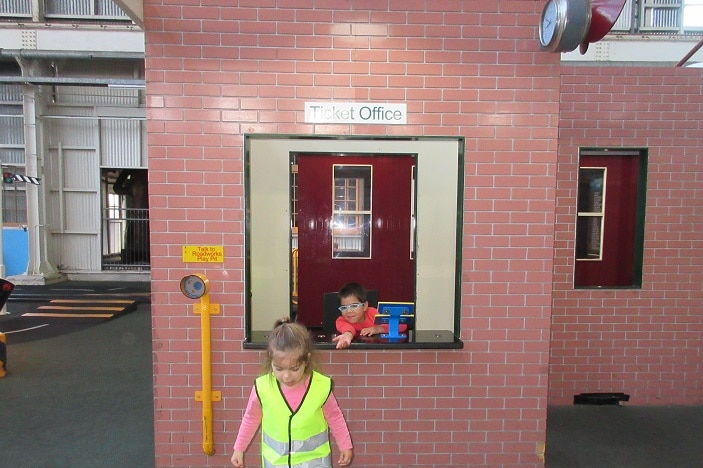 Activities just for your train enthusiast are dotted through the Workshops Rail Museum such as art and craft activities as well as dress-ups to play the part as a station master, train driver or porter.

Don’t forget to take a tour into the still active Blacksmith Shop and Steam Shop to see Queensland Rail’s skilled tradespeople maintaining and restoring the gems of the heritage fleet, including the oldest operational loco in the country. It’s a real Workshop so you must wear enclosed footwear to participate in the tour. 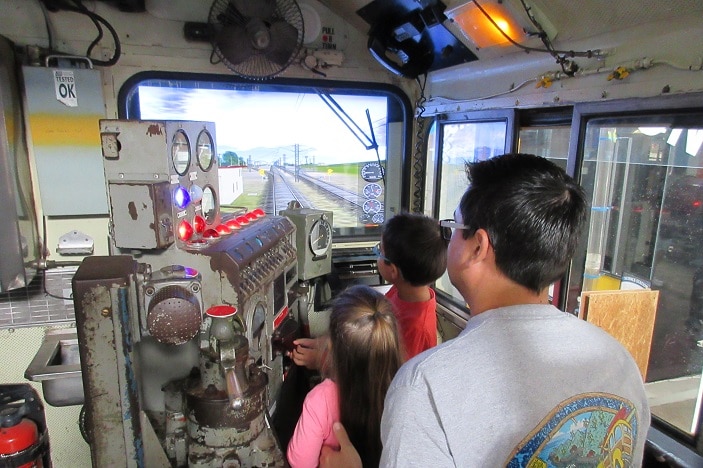 The Museum is known for their school holiday activities such as Build it!, Circus Train, Toyland Express, The Great Train Robbery and of course the iconic Day out with Thomas event (the biggest Thomas & Friends event in the country) that runs from Boxing Day every year until the end of January. Check with the Museum to see what coming up. If you want to follow up this excursion then don’t forget about the Tram Museum at Ferny Grove. Once you have had fun exploring all of the trains and activities of the Workshops Rail Museum then make sure you head over to the new Sciencentre, which opened to the public in April 2019 and can be found just off to the right as you first enter the museum’s main warehouse. Here, visitors can work their way through over 20 interactive exhibits that enable them to explore their curiosity and challenge themselves as they delve into the science behind train travel.

Children and adults can find the answers to a myriad of questions such as how far can an electrical spark jump, how does heat make water flow, which wheel design will stay on the track and why and how can you build a stable arch without nails or glue? It is also worth checking out the locomotive that resides at the centre of the exhibition too.  Built in 1865, it is the oldest working steam locomotive in Australia and it still gets driven out of the huge custom-made doorway in front of it for certain occasions throughout the year. 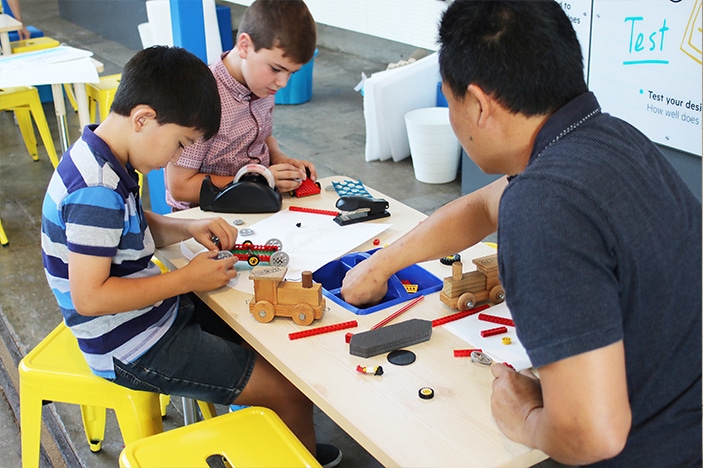 Once you have worked your way through each of the exhibits visitors are then invited to spend time in the Sciencentre’s dedicated Maker Space.  Designed to encourage creativity and problem solving skills, in this space visitors have the chance to apply the skills and lessons they have learned into practical creations.  Not only discovering the how and why of science, this creative workshop encourages them to take it one step further, to apply what they have learnt and to find solutions to different scenarios they are presented with.

In one of the maker space workshops visitors can each get a blue ‘river’ strip to place on the table, each of these varying in width (and difficulty).  Then, using different blocks and materials supplied they can attempt to create a bridge that stands alone over the river, hopefully by calling on the knowledge and skills they have learnt from earlier exhibits.  Once they have created a bridge that works they are then invited to make a car or truck at a nearby construction table to see if their bridge can take on the weight of a vehicle.  By trial and error, adjustments and re-evaluation, visitors can continue to re-engineer their design until they hopefully find success.

You can read our full review of the Sciencentre here.

When is the Ipswich Rail Museum Open?

Open daily 9:30am to 4:00pm North Street, North Ipswich There is a café on site and a parent’s room. The Museum is fully pram accessible.

For ticketing and to confirm opening hours head to their website www.theworkshops.qm.qld.gov.au or (07) 3432 5100

One response to “The Workshops Rail Museum Ipswich”