Where To Find Glow Worms On The Gold Coast 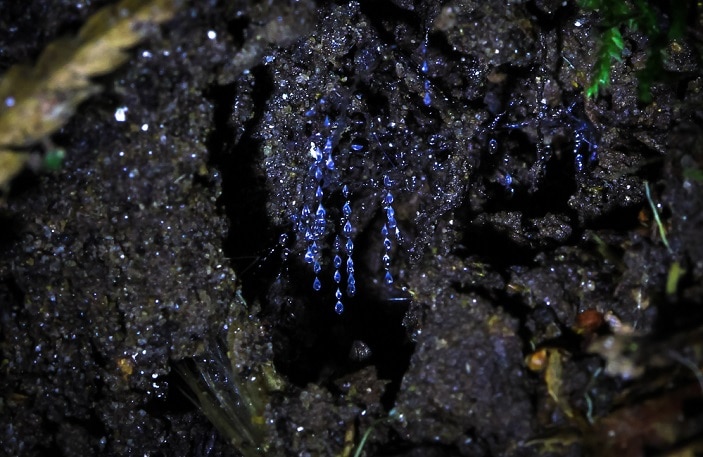 Did you know that Glow Worms are only found in Australia and New Zealand? If you are wondering where to find Glow Worms on the Gold Coast then luckily for you there are two different places where you can spot them.

In the wild, they are more likely to be seen during the warmer months of the year and rely on the wet, dense nature of caves and rainforests for their survival.

Where To Find Glow Worms On The Gold Coast

The Gold Coast is home to Springbrook National Park, which features one of Australia’s best known glow worm viewing sites. Further inland at Mount Tamborine you can also find man made Glow Worm Caves designed to replicate the natural habitat of the Glow Worms.

Springbrook National Park features Australia’s best known glow-worm viewing site and is frequented by hundreds of people every night.  The viewing platform to see the Glow Worms is via the Natural Bridge located within Springbrook National Park. The Natural Bridge was given this name thanks to a waterfall that has eroded its way through harder surface deposits forming a natural cavern type appearance. You will find over 100 species of birds living in the beautiful plants and trees of the heritage listed Springbrook National Park.  Wompoo Fruit doves and Paradise rifle birds are just a couple of species you will hear as they swoop and sing through their vast abode. Expect to be overwhelmed by the sensory input of the sounds and the smells of this dense tropical rainforest, quite unlike anything else.

An experience like this for kids is made even more special when one considers the fact that Australia has lost three-quarters of the rainforests that once inhabited the nation. For this reason it is important to take only memories, leave only footprints and use this experience as an opportunity to educate our kids to show the same respect. A video of the Glow worm tour

Taking photos without a flash makes for difficult glow worm images so we thought it best to show you what a glow worm tour might look like. While you can go by yourself, glow worm tour operators will maximise the experience. This one is with Tour Gold Coast.

How to make the most of visiting the Glow Worms

Along with a picnic, pack some torches for the family to take in one of the most unique natural experiences Australia has to offer. Remember not to shine your light directly at the glow worms as this will stop them feeding! Not only will you see a beautiful waterfall inside the cave, but you will also be lucky enough to witness the largest concentration of glow worms in the nation!

Visiting the park to see the Gold Coast Glow Words is free for all hours of the day.  There is a viewing platform and toilets.

While you are at Springbrook National Park there are plenty of other things to see including stunning views and bushwalks featuring waterfalls. We have linked to some of these at the bottom of this article if you are wanting to make a full day of your adventure.

The Glow Worm Caves Tamborine Mountain are nestled behind a boutique winery in picturesque Mount Tamborine. These man-made caves have been created to simulate the natural environment of the Glow Worm as it would exist in the surrounding areas. The simulated environment that exists today is part of a plan to grow the colony to a point of self-sufficiency. Slowly prey are producing in the small ponds around the cave, providing ongoing food supply for the worms. The glow worms at Mount Tamborine are visited as part of a paid guided tour. It is quite a dark experience for young children and the tour talk may be too lengthy for a toddler. However, if everyone can be patient, you will be rewarded with the end result of some lovely glow worms lighting up the walls of the cave. For more information on the glow worm tour and Mount Tamborine in general check out out guide to things to do in Mount Tamborine.

References or for further information:

Why Do Glow Worms Glow? 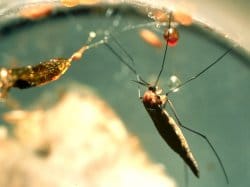