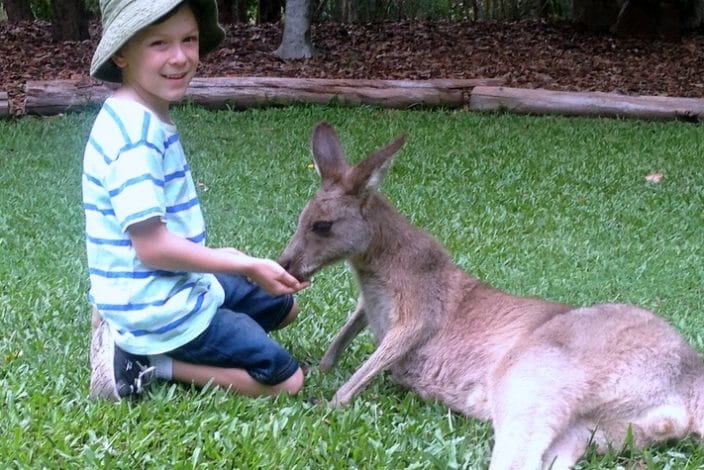 Kangaroos are such an iconic Australian animal that they seem to be everywhere you look – Skippy re-runs on TV, staring back at you from a 50 cent piece and even in the sky on the tail of a Qantas plane!

If your Brisbane Kid loves kangaroos, here’s the best places to spot one locally – both in the wild and in zoo enclosures. We’ve even included some fun facts about kangaroos that may surprise you!

Where to spot kangaroos in the wild near Brisbane

Head out into the sprawling Brisbane suburbs, especially those that are near bush land, and you may be lucky enough to spot a ‘roo in the wild. You are most likely to see one at dawn and dusk, when they are more active and feeding. Here’s a list of suburbs in and around Brisbane where kangaroos have been sighted: 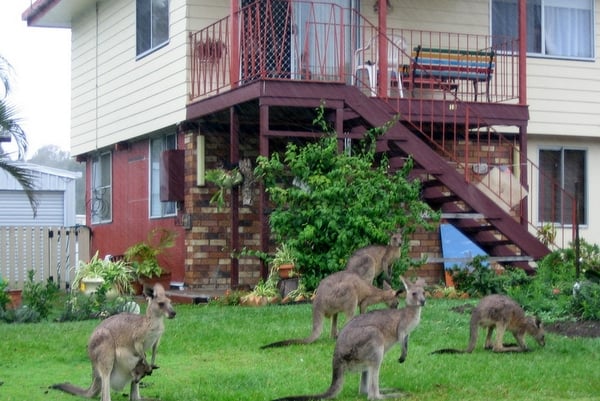 If you have no luck spotting one in the wild, we’ve compiled a list of wildlife centres in and near Brisbane that house kangaroos. Some even allow you to feed, pat and photograph these beautiful creatures.

Queensland Zoo at the Big Pineapple 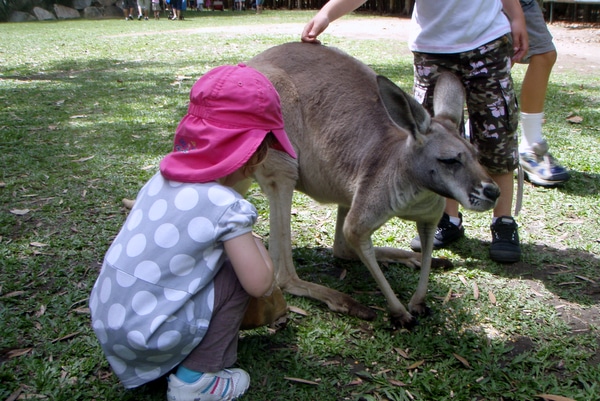 For more fun facts about kangaroos and other marsupials, visit the Queensland Museum’s Find Out About Marsupials page. And for kids that want to draw a kangaroo, check out this easy tutorial on Kids 4 Kangaroos.

Have you spotted a kangaroo in Brisbane? Tell us where!

One response to “Fun Kangaroo Facts”