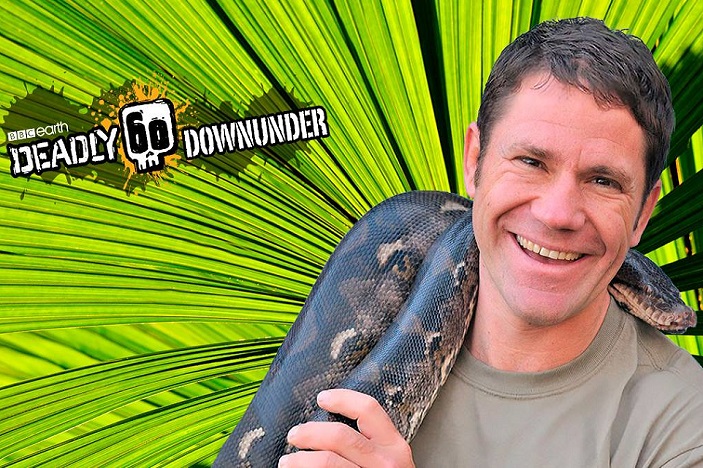 THIS EVENT HAS NOW FINISHED. KEEP AN EYE OUT FOR MORE AWESOME SHOWS AT QPAC JUST FOR BRISBANE KIDS.

Get ready to see Steve Backshall back in Queensland as he presents the Deadly 60 Downunder 2018 Tour as part of the Queensland school holiday show line up in January 2018.

If your Brisbane Kids are fans of the TV show Deadly 60 then get excited as Steve Backshall himself makes his way back to Queensland with his brand new live show just in time for the Christmas school holidays…but this time will be bigger and better than ever before as he will be bringing live animals on stage with him!

Brisbane Kids can expect to be sitting on the edge of their seats in an exhilarating show of wild discovery and dangerous entertainment as Steve shares this time his wild and deadly footage from his times in Australia including being lowered into a crocodile nest from a helicopter and catching the world’s most deadliest octopus just off Sydney Harbour. Plus Steve will bring some of the deadliest animals on stage to show the audience. Steve will also call on members of the audience to come up and join him on stage throughout the show and have lots of fun on stage- just hope you aren’t called out to handle the deadly animals yourself!

This live show, like his past sell out live shows, will see the wildlife TV presenter, adventurer, naturalist and writer take to the stage and turn his experiences into an amazing live show experience for Brisbane Kids that they will love and remember for years to come.

This fascinating, gripping  and exciting show is a must see these school holidays for any Deadly 60 fans or adventure lovers aged 5 years and over.

Tickets are on sale to the general public on 28th September 2017!