Brisbane Kids love pom poms! Not only are they fun and easy to make, but they can be transformed into almost anything little imaginations can come up with. 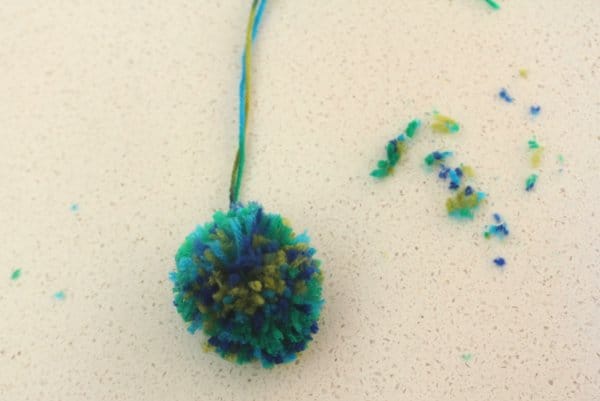 How to Make Traditional Pom Poms 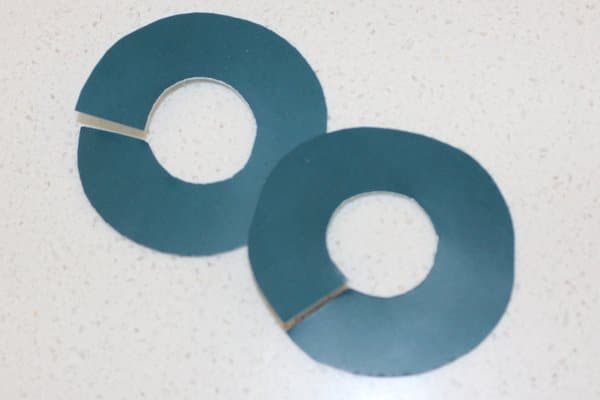 On a piece of card, draw two matching large circles with smaller circles inside, then cut them out. It’s okay to cut through the disc to cut out the inner circle (as shown in the pic). In fact, this will make the card easier to remove later. The larger your discs, the larger your pom poms will be. 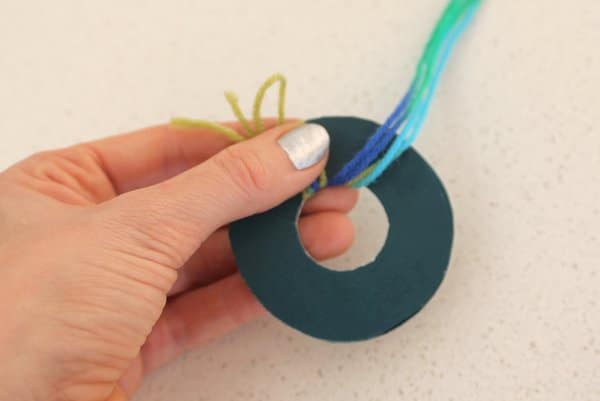 Cut a generous length of string and begin looping it around your discs. You can simply do a couple of loops over your first one to keep the string in place, or tie it if that’s easier for your child (any knots can be trimmed off at the end). We saved time by quadrupling(!) over our string before wrapping it round the discs. About two to three layers of string should be plenty. 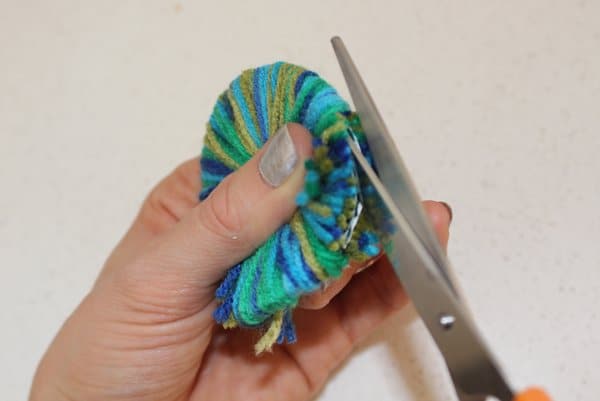 Carefully cut the string between the two pieces of card all the way round, keeping it firmly together with your other hand. 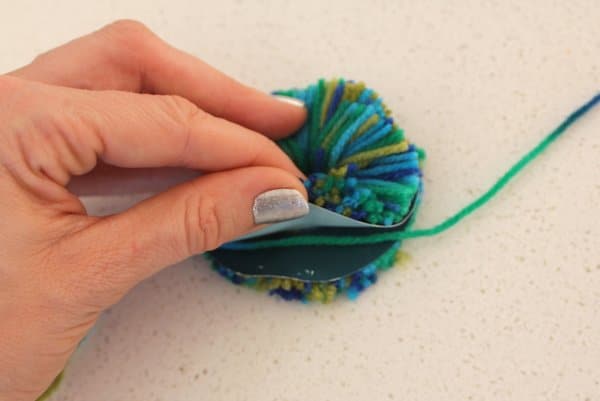 Thread a piece of string between your two pieces of card. 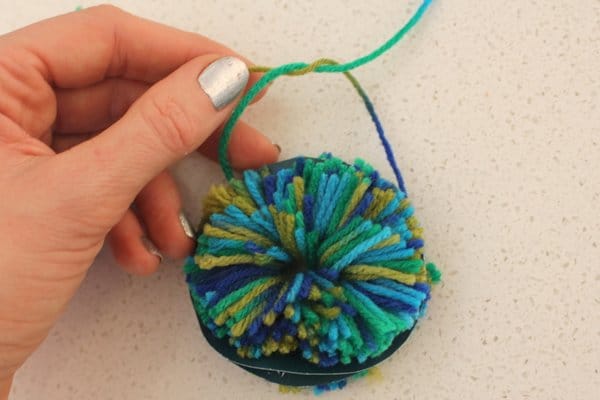 Now tie your string with a few tight knots. Then remove the pieces of card. 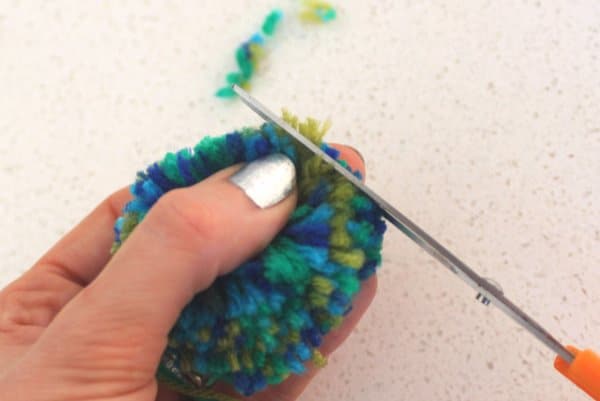 Trim any long pieces of string to tidy up your pom pom, and you’re done! 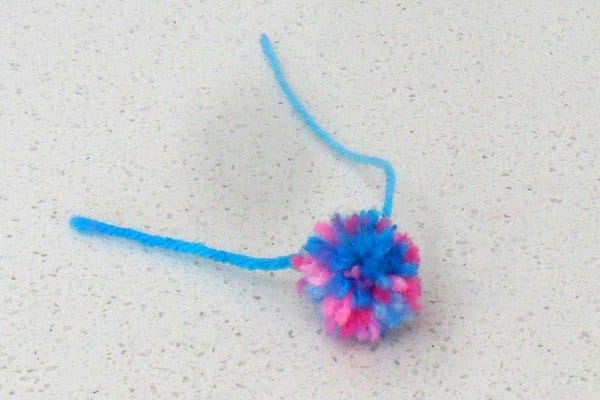 How to Make Mini Pom Poms 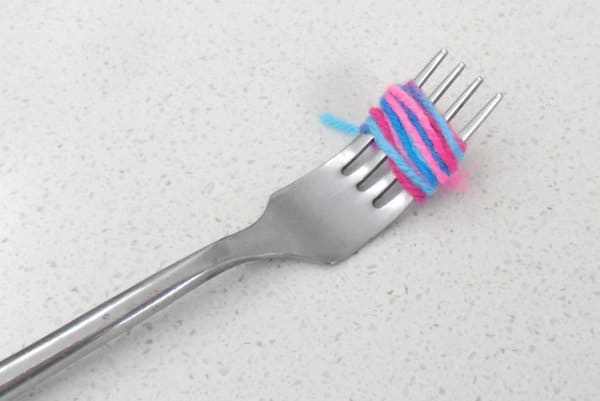 Wrap some string around your fork. 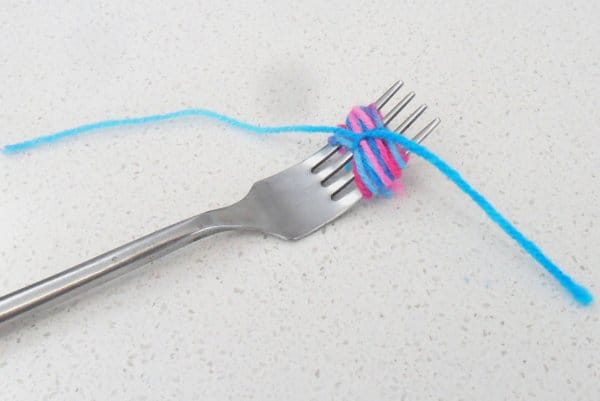 Get a new piece of string. Loop it around your string bundle between the two middle fork prongs and tie it in a couple of tight knots. 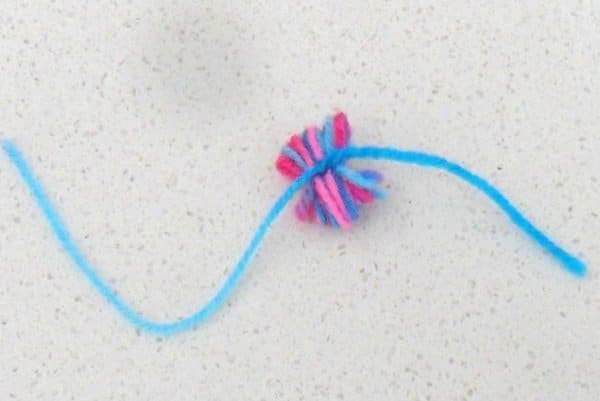 Carefully remove the string from the fork, keeping it in the same shape. 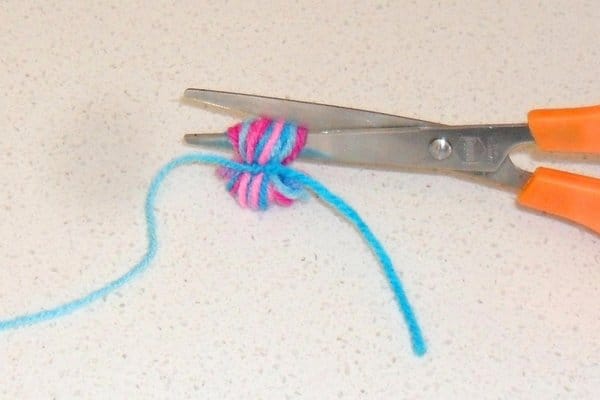 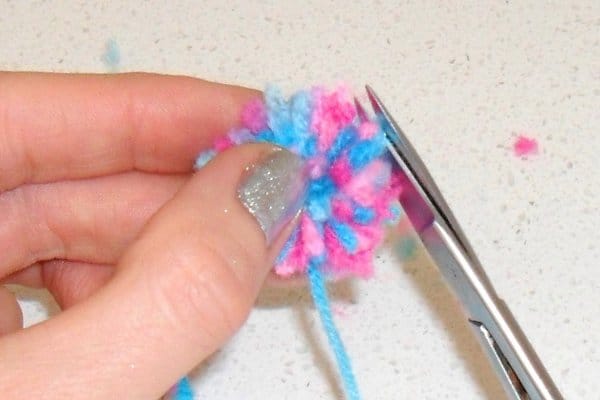 Then just trim to tidy up your pom pom and that’s it! So easy and fast!

Things to Make with Pom Poms

You can trim pom poms to create details such as arms, legs and ears, to create cute animals, people or a teddy bear like this one. 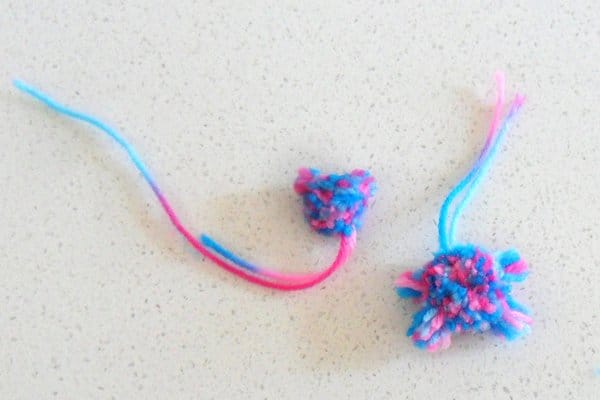 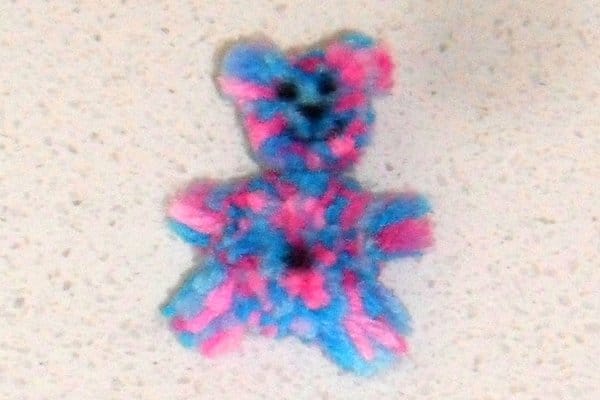 For the little fairies out there, two white pom poms can instantly transform any shoes into Tinkerbell slippers!

Pom poms are great for making little animals or aliens. 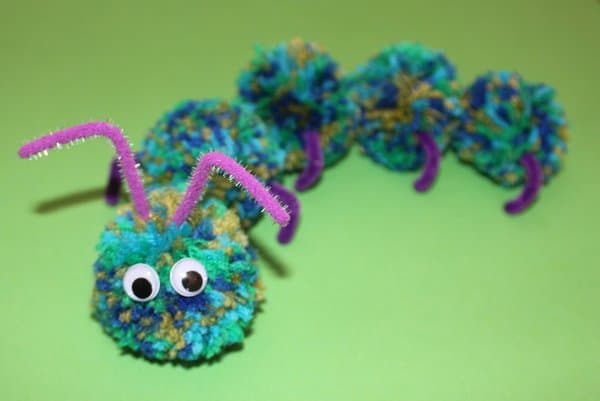 Or string a few pom poms together to make a cool pom pom caterpillar! 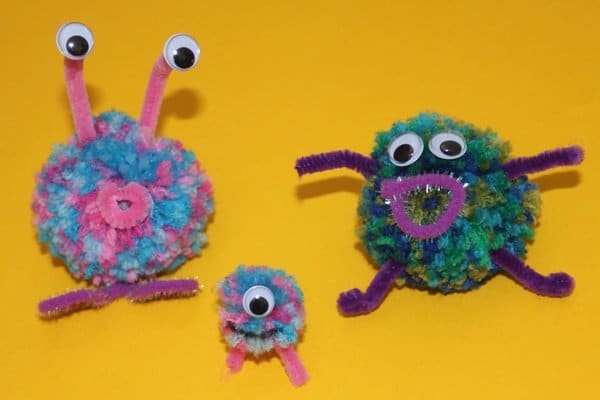 We hope you have lots of pom pom fun! 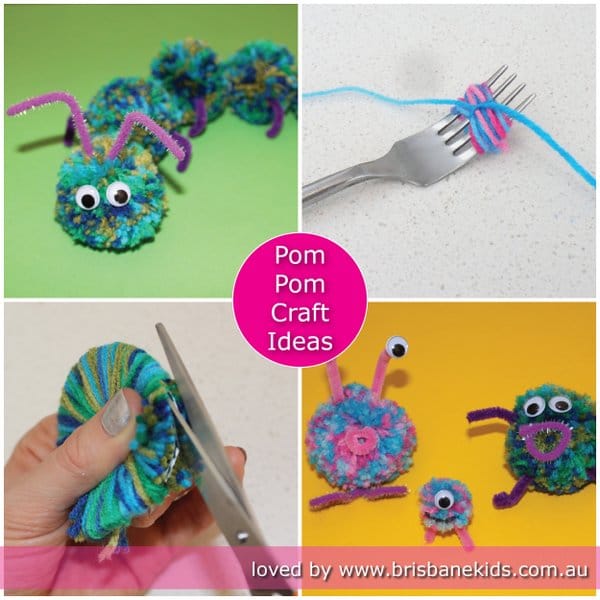 We’ve got lots of great Craft and Fun Ideas for your Brisbane Kids. For more crafty creations, check out these Egg Carton Flowers or our gorgeous Rainbow Collages.