Climbing Mount Ngungun with kids… it can be done! 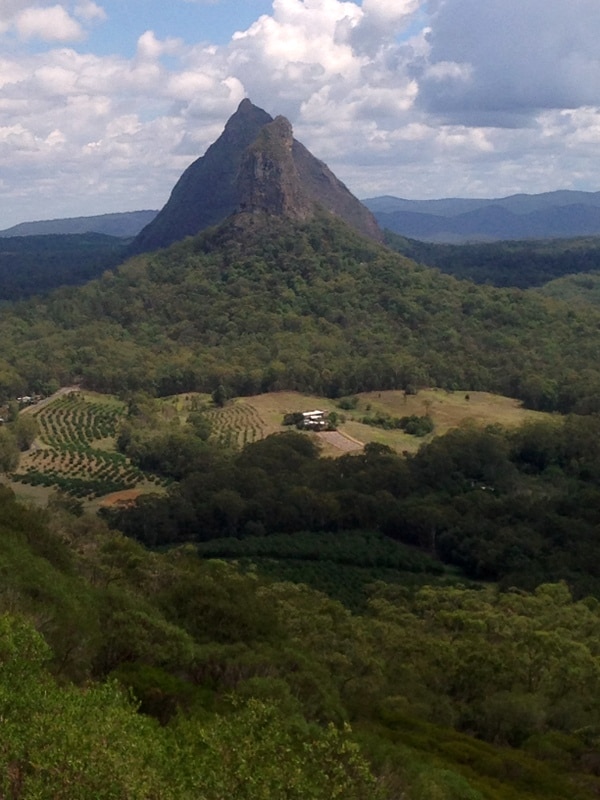 If you’re thinking of climbing Mount Ngungun with your Brisbane kids, don’t forget your camera. You’ll need it to capture the stunning views at the summit as well as your child’s chest puffing pride at having achieved such a feat!

Before you climb – Glass House Mountains Visitor and Interpretative Centre 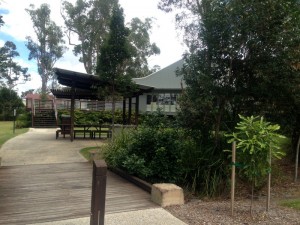 Just an hour’s drive (give or take) from Brisbane, you’ll find the Glass House Mountains National Park, home to 12 spectacular peaks that beg to be explored.

Your first stop should be the Glasshouse Mountains Visitor and Interpretative Centre, located in Settlers Rotary Park on the corner of Bruce Parade and Steve Irwin Way.

The centre is run by knowledgeable and friendly locals that will provide you with maps for your trip, thrill you with Aboriginal legends and provide fascinating historical information about the region. There are interactive screens showing the flora and fauna that you can expect to see on your climb. And it’s the perfect spot for a toilet break!

Outside the centre there is an excellent fenced playground, complete with climbable models of the Glass House Mountains. There are also BBQ facilities if you want to have a fry up to energise you for the climb. 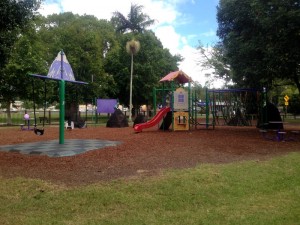 The 2.8km return track on Mount Ngungun is probably the most achievable of the Glass House Mountains for children aged five years and over (younger children may need to be carried part or all of the way).

Mount Ngungun is the sixth tallest of the mountains at 253m, and you will need to allow two hours to climb up and down; more if you want to sit at the top for a while and take in the uninterrupted views of neighbouring Mount Tibrogargan, Mount Coonowrin and Mount Beerwah.

The well maintained track begins in open forest with a fern understory. Part way up the mountain the track passes a small rock overhang that looks like a cave. This is a great spot for a rest, or even a little exploring. Don’t forget to tell your children to look back and marvel at how far they’ve come before they push on for the remaining walk. 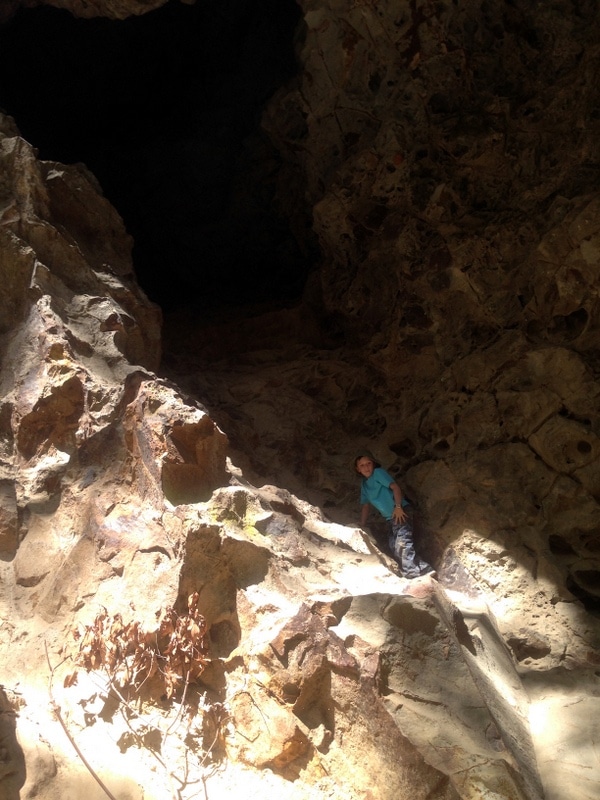 If you’re lucky, you may spot a koala, goanna, echidna or grey kangaroo on your climb. Many birds such as kookaburras, cockatoos, lorikeets, rosellas and peregrine falcons can also be seen. The glossy black-cockatoo, which is considered vulnerable to extinction, is found in the Glass House Mountains area. And depending on the time of year that you climb, you may be met by a flurry of pretty butterflies at the summit. 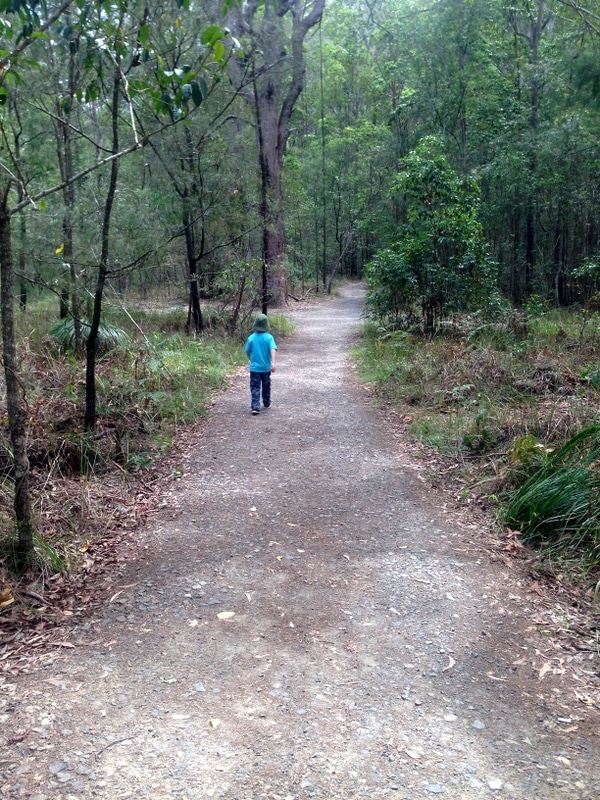 Impress your kids with local history and geography

The Glass House Mountains are intrusive plugs—remnants of volcanic activity that occurred approximately 25–27 million years ago.

Molten rock filled small vents or intruded as bodies beneath the surface and solidified into hard rocks—trachyte and rhyolite.

Millions of years of erosion have removed the surrounding exteriors of the volcanic cones and softer sandstone rocks leaving the magnificent landscape features you see today.

As the volcanic mountains cooled, interesting vertical columns formed and this feature can be seen today at Mount Ngungun.

Aboriginal links to the land

The Glass House Mountains area was a special meeting place where many Aboriginal people gathered for ceremonies and trading. The place is considered spiritually significant with many ceremonial sites still present and protected today. The word ‘Ngungun’ is an Aboriginal word and is believed to mean ‘black’. The Glass House Mountains were sighted and collectively named by Lieutenant Captain James Cook in 1770 when he made his epic voyage up the east coast of Australia. 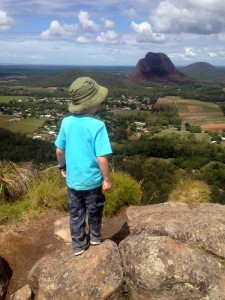 Tall trees offer great shade the entire way up, but you’ll feel the full force of the sun when you reach the summit.

You probably won’t notice though, because you’ll be too busy drinking in the views, snapping photographs, and making sure your children aren’t getting too close to the edge!

What an achievement. High fives all round. You did it! 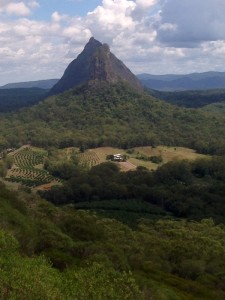 Be prepared, be safe

Remember that children will need to be supervised closely, particularly at the summit where there are cliff edges with dramatic drops. Take extra care around the summit area in wet weather as rocks become slippery. You will need to be reasonably fit to make this climb – there are a lot of steps! Make sure that you carry water (and perhaps a snack), that everyone wears a hat and that you take as many rests as you and your children need.