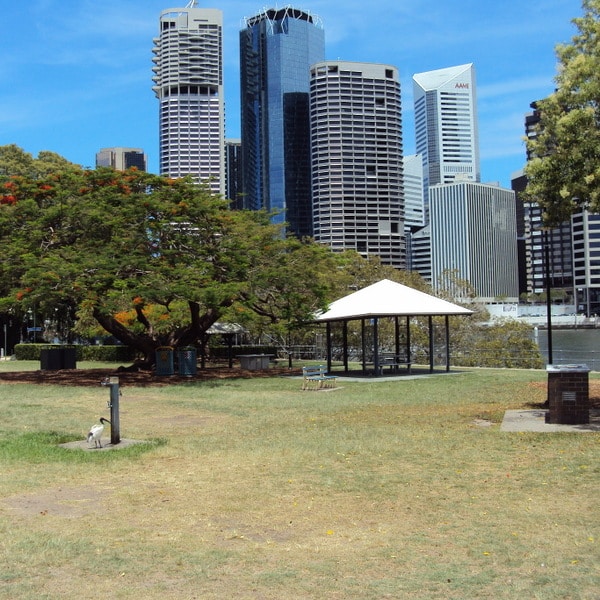 Beneath the hustle and bustle of the Story Bridge, you’ll find Captain Burke Park with a great boat-themed playground for Brisbane Kids. After you’ve had a play in the park, you can hop on board the free ferry service for a pleasant voyage on the Brisbane River.

Ahoy me hearties! Captain Burke Park at Kangaroo Point has a quirky nautical theme. Built on the banks of the Brisbane River under the Story Bridge, it’s a great park for watching the ferries and other river vessels pass by. This isn’t a big playground for Brisbane Kids, but the view of the city is spectacular. The river is right there, and while there is some fencing, you do need to keep an eye on the littlies. This is a WOW playground for Brisbane Kids due to its location – not far away at South Brisbane are the Queensland Museum, South Bank precinct and the Gallery of Modern Art. There is lots of space for a picnic here with some under cover tables and free electric barbeques. Large trees shade some of the open space, but there’s not much shade over the playground area.

All budding sea captains, sailors and pirates will love this park – the fort is built with Titanic-like stacks on its roof and forms the centre of a large ship. There is a row boat off to the side for quick escapes or rescues, and activity panels make up the walls of the climbing fort.  Captain Burke Park has plenty of space for running around and hiding treasure.

This park has a swing with a harness and one unisex disabled toilet. There are no paths linking any of the equipment, but the playground and toilets are not too far from the paths and the ground is reasonably flat. There are paths leading down to the upgraded ferry terminal that are suitable for wheel chairs and prams.

Another great inner city Brisbane Playground is Roma Street Parklands. For more information on the free ferry service, which is accessible from the park, click here. 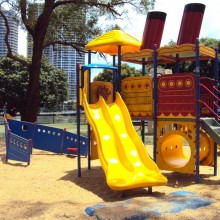 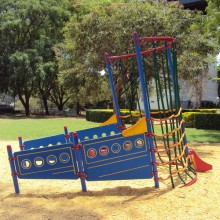 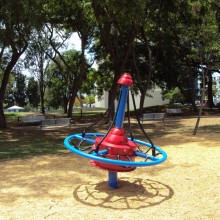 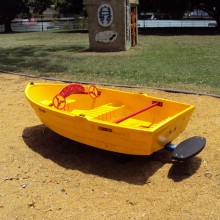 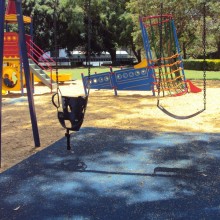 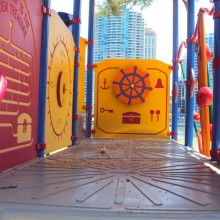 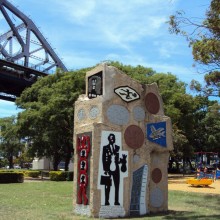 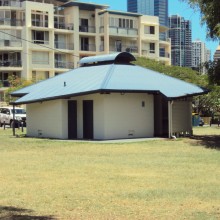