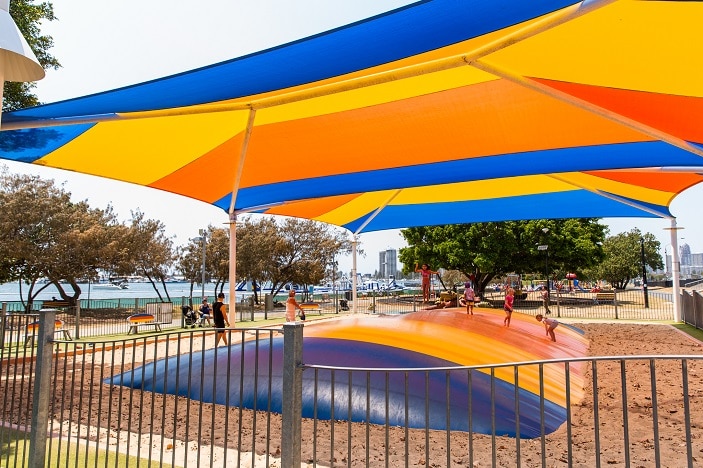 Broadwater Parklands is located across from Australia Fair shopping centre, overlooking the Gold Coast Broadwater.  It features an extensive playground, cafes, picnic areas and places to swim, making it the perfect place for the kids to enjoy all year round.

A popular monorail track circles the perimeter of the playground, highlighting the impressive zip line which runs along one side. There is also an unsheltered sand-based playground boasting swings, slides and climbing equipment. Climbing trees feature through the Broadwater Parklands, but one of the most popular is near the swing sets, where the branches are low enough for even small children to climb. A jumping pillow, seesaws and other bouncing play equipment provides for lots of play opportunities for kids of all ages.

There is ample off-road (paid), which is strictly enforced by Gold Coast City Council. You will also notice an event board fixed to some fencing in the park which is worth taking note of if you are on holidays here.

Families will benefit from the café located not far from the main playground and during peak times, a coffee cart nearer to the play area. Broadwater Parklands features a feature-packed mini traffic track which offers obstacles, signs and road crossing for bike riders and kids with scooters. The paths are not particularly wide in all places so just keep an eye on little ones or kids learning to ride. Helmets are a must. A shallow water park sits adjacent to the café, complete with sprinklers, waterfalls and shallow splash pools. The water is regularly recycled using seawater. It is closed every Tuesday morning until midday for maintenance. A shaded swimming enclosure sits opposite the jumping pillow on the beach and in the summer months there is a (paid) inflatable aqua park for older kids and adults.

Dogs are permitted on leashes throughout the parklands but owners should observe signage regarding access to beach/swimming areas.

There are a few ducks in the wetland area, along with purple swamphens (pukekos) and sacred ibis. Of course, seagulls are also in abundance. 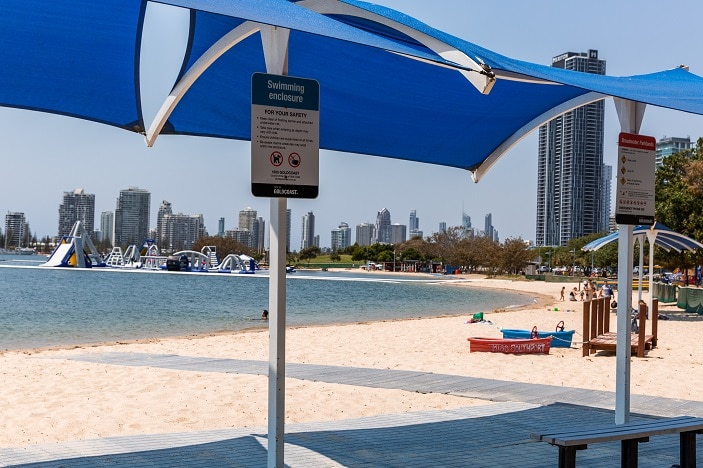 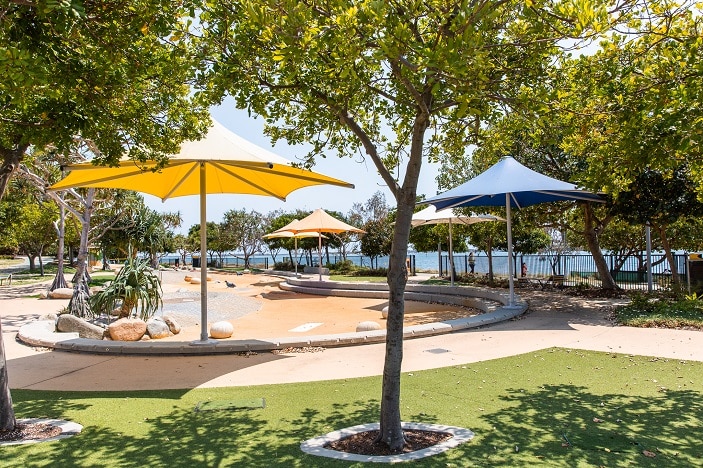 Broadwater Parklands is a summer paradise for kids but is equally engaging on sunny winter days. The trees are perfect for climbing and playing desert island adventures, while the sandy beach makes sandcastles and expansive sand towns possible. The monorail track is always a drawcard, as is the bike tracks for mini BMX riders. The lizard sculpture is also a favourite for kids who love scaly creatures. 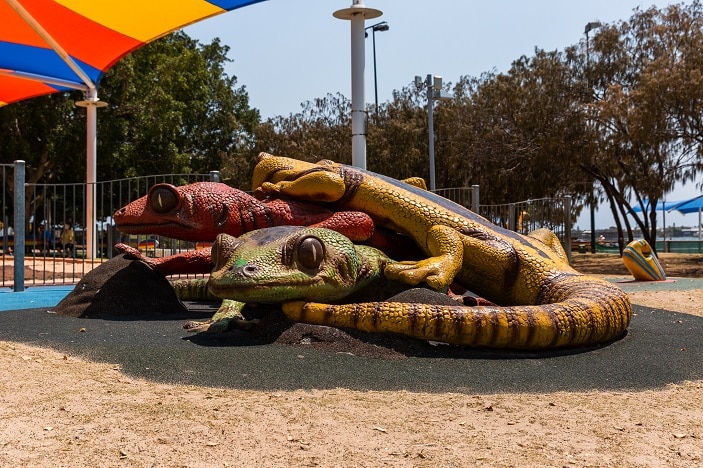 Broadwater Parklands has plenty of concrete walking paths that form part of a much longer walk from Paradise Point to Coolangatta. There are several toilet blocks throughout the park, including accessible toilets. There are also baby change tables for small infants but we have found them not able to hold a toddler (weighing around 15kg) safely.

The playground features a liberty swing for all abilities. The area is mostly fenced, but not entirely, and although Marine Parade is a busy street, there are unfortunately a few gaps in the fencing to allow pedestrian access. Additionally, the beach areas are not fully fenced off, although there are barriers along most of the way.

Broadwater Parklands is located on Marine Parade at Southport on the Gold Coast. 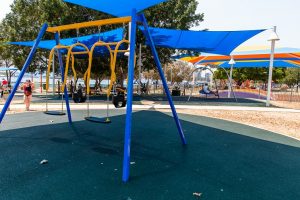 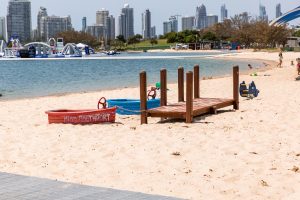 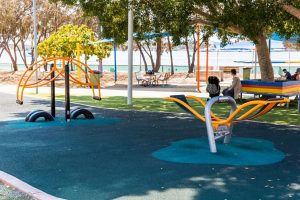 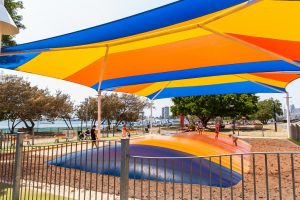 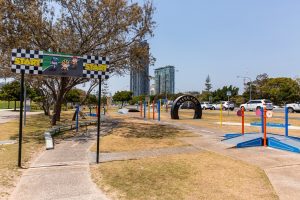 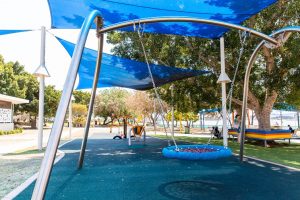 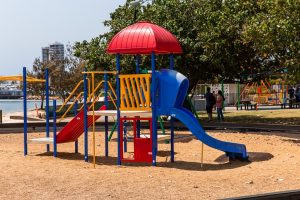 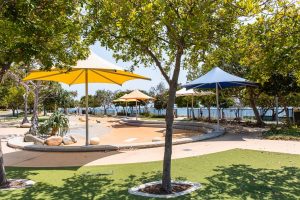 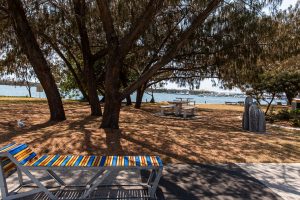 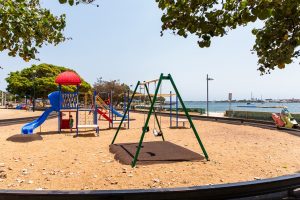 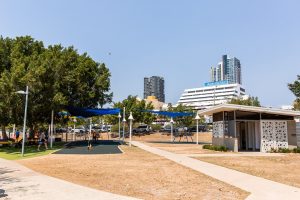 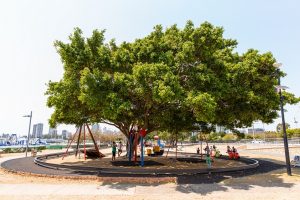 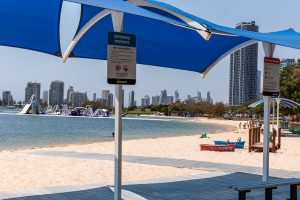