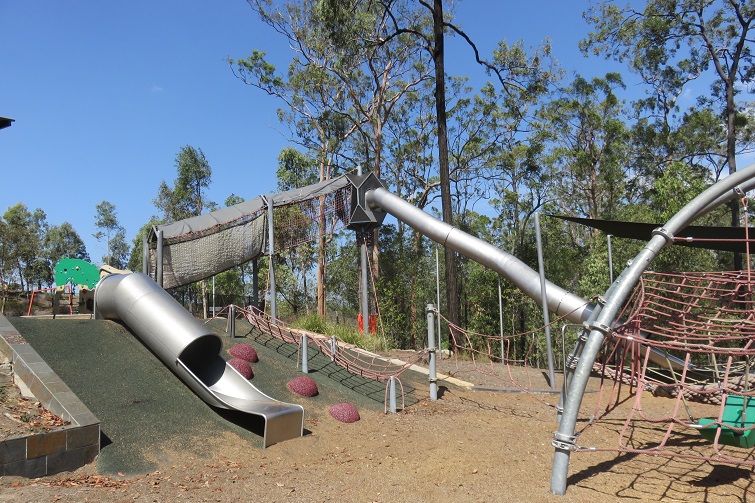 Adventurous kids will absolutely LOVE Rotary Park! Set amongst beautiful gum trees, this park is surrounded by nature and most often filled with laughter.

The most exciting features of Rotary Park is definitely the supersized adventure play equipment, the most prominent of which is the awesome, giant tube slide. This huge slide is one of the biggest we have ever seen in a local playground, and it definitely adds the wow factor to this family park! To get to the top, kids can clamber up the sloped walkway, or climb up the vertical rope tunnel. Both options are fully enclosed to help prevent kids from falling. At the top, they will be rewarded with stunning views over the treetops from the lookout in the sky cabin. Then they can zoom back to the playground below, down the enormous slide! At the bottom, they will find a massive rope climbing dome, for hours of fun scaling to the top via different routes. 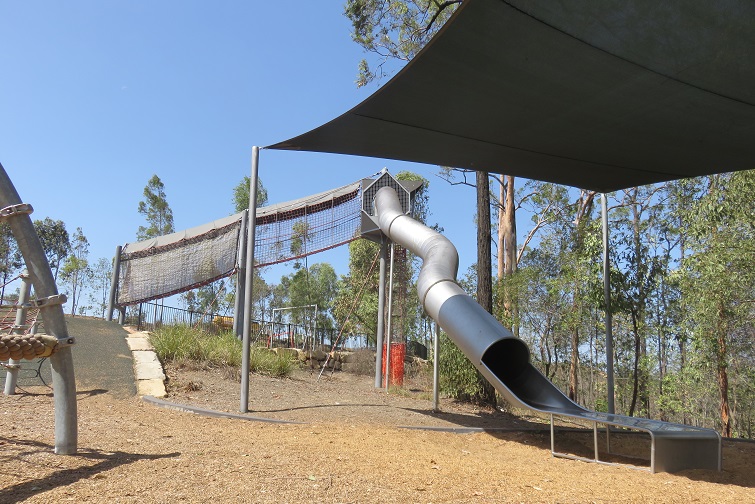 Use has been made of the natural slope within the park, which leads from the upper section of the playground to the lower area. The slope has a rubber base and features a tube slide to provide a fun way of getting down to the play equipment in the lower level, as well as a climbing net and giant half-balls to help kids climb back up. There are also steps beside the slope, or it’s possible to walk down via the nearby path.

Rotary Park also offers play equipment suited to younger Brisbane Kids, with a giraffe climbing frame and swings for all ages. The play table with stools also caters to sand play and other role-playing games. Adjacent to the playground is a large, open grassy space complete with soccer posts, perfect for a kickabout with friends, or other ball games. There is also a covered picnic table, which provides a lovely place to sit in the shade close enough to keep an eye on the kids in the playground. 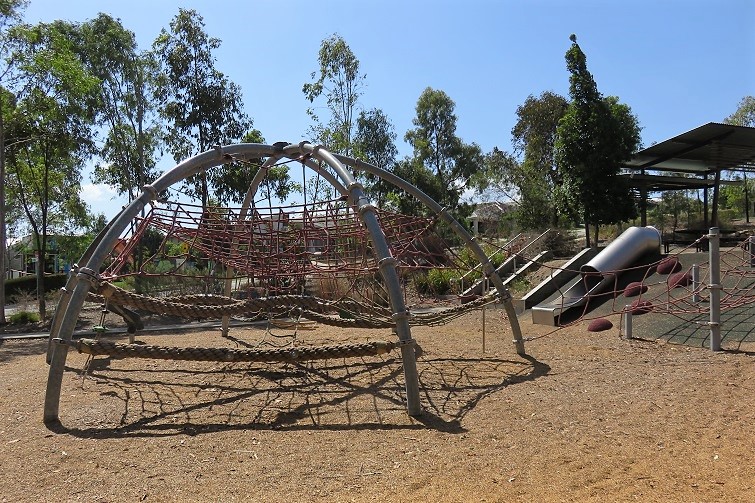 Keen adventure climbers can set off on their own mountain climbing expedition to try and reach the sky cabin at the summit. From the lookout, they can keep an eye out for wildlife in the trees or simply survey their entire kingdom below. The extra-long enclosed slide will have them shooting through space or down the river rapids. The animal-shaped climbing equipment for younger Brisbane Kids encourages little zoo keepers; feeding the giraffe and climbing up to pat its long neck. Plus the play table and stools are great for playing house or cafes.

Rotary Park is not fenced. The playground is over several levels, so accessibility may be an issue. There are bike and walking paths nearby that are suited to wheelchair and pram use. There is one picnic shelter and various bench seating options located around the park. At present, there is just one shade sail at the park, so sun-safe clothing and suncream are advised. 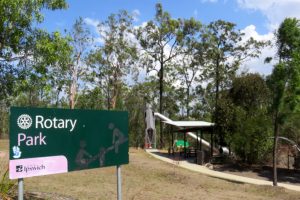 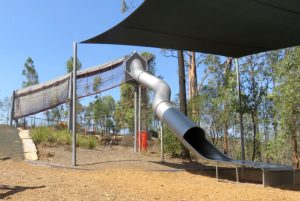 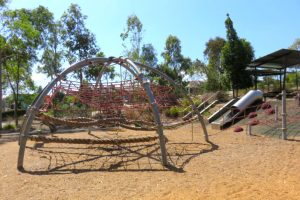 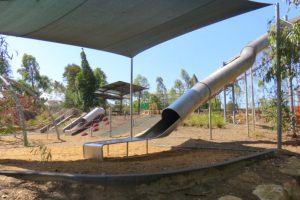 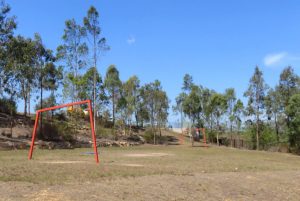 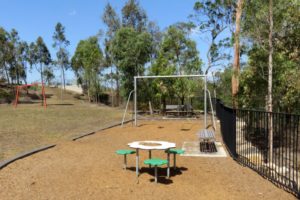 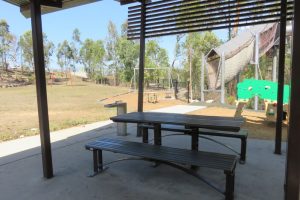 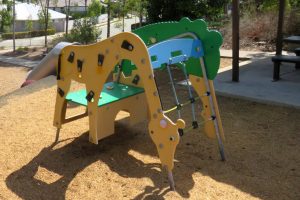 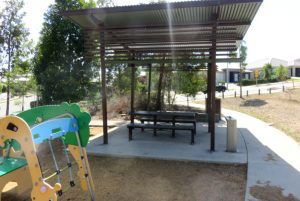 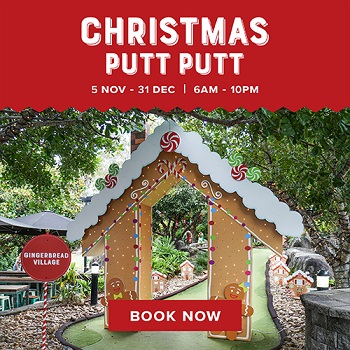