Home > Education > What Is The Point Of The P AND C

What Is The Point Of The P AND C 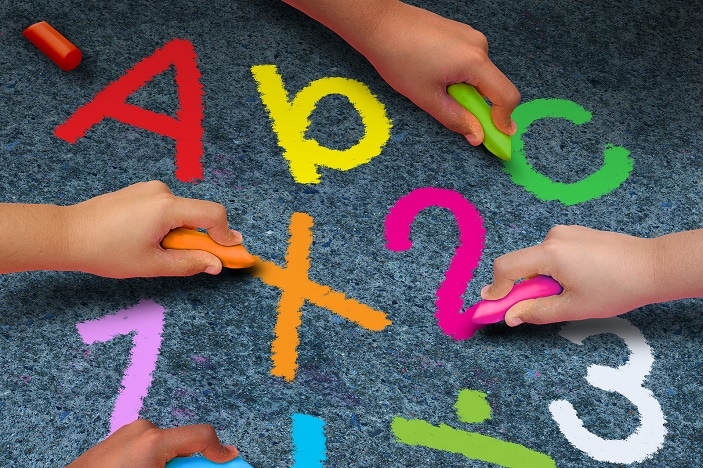 Editors Notes: This all started with a Mums group conversation about frustrations with their P & C.  After hearing parents agree with the sentiments I asked the parent if they wanted to contribute to the Brisbane Kids website. The conversation was about being confused about what a school P&C does and how difficult it is to be a part of it.  It is about suggesting there needs to be a fundamental shift in the way in which the traditional school P&C has always been run despite it working well in the past. The question is- does the P and C accommodate for the modern family or is suited only to 2 parents families working 9-5.

Note: Before reading, not all P&C’s work the same way, some don’t require membership and some are more flexible than others, but most continue to accommodate for a society and family structure that has long since past. I know that many schools feel stifled by rules and regulations of conduct and at the very least wish for greater participation from parents.  This is one of numerous conversations the Brisbane Kids team have seen in closed groups recently across all Brisbane so the current situation at schools obviously isn’t working for everyone. This is simply about opening the discussion. By acknowledging what a lot of parents feel and possibly schools too. I think at the end of the day we all wish for the same wonderful educational outcome for our kids.

I went to the school office this morning. Amongst other things I asked about proxy vote forms for the P&C. Big mistake. They don’t allow that. So I asked if they could check and if that is the rule then they should tell people, as the reason I joined the P&C was to have a say and vote even though I can never attend meetings at that time slot. (Note that some schools don’t require membership to attend but still don’t allow proxy voting). The truth is many parents want to contribute to the school but can’t do night meetings. Many of us discuss issues in closed class and friendship groups across social media but these valuable points of view and ideas never will make it to a P&C meeting. The only thing we actually get is minutes about decisions already made and no ability to ask questions or contribute. I tried to explain to my school that I don’t expect it to change but I want to be clear about them know that this is a harsh reality. The context is that several controversial decisions have been made in the last 12 months and when parents rant about it in closed school oriented facebook groups. Eventually  they get shut down by someone with the words “you should have had your say at the P&C meeting.” But it turns out you can’t unless your without child/ren and free at 7pm.’.

So what sucks about the average P&C Meeting?

This seems like a good place to start, except well, I have never actually made it to a meeting. But I have many friends who have. Nearly every person I speak to goes with a passion of some kind and tells stories of being shut down, or of being told they already had those conversations and you can read the minutes. I have heard of P&C members coming across as mean and frankly people needing wine to just get through it.

Dont get me wrong, I empathise with all parties.

Who wants to listen to repeat debates week after week as new people come to express their concerns about controversial topics, especially when they have already been discussed or those people may only be attending one meeting (because they managed to get babysitting that one night?).

–       Meeting times are 7pm or at night for most schools. I am home alone with a child who needs to go to bed at that time. That will not change anytime soon. This is the case for a lot of families especially single parent families and FIFO and for a variety of other reasons

–       You can’t take your children which makes it tricky when you are a parent!

–       They don’t serve wine (okay- this one wont be everyones cup of tea) but generally the coffee isn’t great either and sure it isn’t meant to be a social thing- but wait? Imagine it was made a bit more enjoyable- would this not motivate those in a position to go who choose not to (which is a whole other story)

–       People are tired and really don’t want to waste lots of time on long discussions and yet they happen and the meetings go on quite late, again making the “child thing” a massive issue.

–       The agenda is not promoted beforehand in some schools making it tricky for those who can attend sometimes – wouldn’t it serve parents to know in advance if a topic of interest is being raised?

–       Parent votes and contributions cannot be made outside the meeting – WHY? How are 15 people representative of a school community?

So, what’s the point of the school P&C?

This is where I am most confused. I already volunteer in the school and do my share of fundraising and I am on committees that organise things for the school.

Why can’t they make it easier for me to contribute my opinions and ideas. How is this fostering community?

My naive idea was that this was meant to be a meeting of the parents and citizens who support the school to discuss how they can best contribute to making it the best it can be for our children and their education. That will obviously include fundraising and necessary non-academic elements within the school such as the tuckshop, outside school hours care and uniform shop. I am not sure what I expected but I did think it would be more than I have seen and heard. I thought it would be a place parents could contribute what they have to offer. Clearly schools want our contributions and we all know that education is so much more than what happens in the classroom. We see this by schools that are so close in location yet miles apart in community spirit and engagement. I am ultimately frustrated that my inability to attend a meeting, only ever held in one time slot, silences my contribution.

Clearly I can still volunteer but I feel a little sad that my enthusiasm, ideas and energy don’t get to mix with great contributions from other parents who also cannot attend at this timeslot.

I know that some of these ideas will fall in the “too hard basket” but remember, our teachers only used chalk when we were kids and there was no such thing as ordering tuckshop online. Change is always difficult but if it means a better school community for our kids then it should be explored even if it means changing everything we ever knew about how we did things in making decisions for our school community and involving parents.

We did want to write a guide to going to a P and C but through research found many schools to be very different in what they do. From the flexible and warm to the rigid and  exclusionary. What does your P&C do well that you think should be implemented at other schools? We would love to hear your ideas