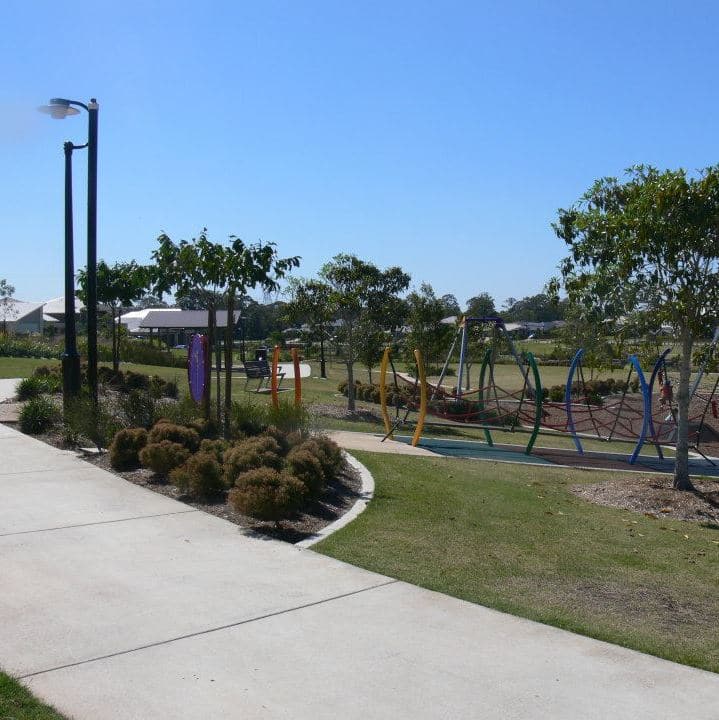 This is a little unusual, but we have reviewed 2 playgrounds in the one estate together. We did this for a couple of reasons. We do wonder if by themselves they meet our ‘WOW’ standard, but together, and considering they are a short drive apart, we think they would qualify.

The first playground is Lake Reflections, on Pallas Parade, and you will see it as you come through the Warner Lakes Estate. It is best suited to older Brisbane Kids, with numerous challenging climbing opportunities and unusual gross motor negotiations. This is not the traditional playground. The shade over the playground itself is limited but there is a nice shady place to sit in the middle and several shaded seating areas with barbeques. Its downside is that it is right next to a lake, is unfenced and there are no toilets. However, for older Brisbane Kids this is an impressive playground with a chance to show climbing prowess and explore challenging playground installations.

The second playground is known as the HMAS Warner and is further along via Caspian Parade. It is more suited to younger Brisbane Kids with a traditional fort-like structure with a slippery slide, swings and the obligatory bouncy frog.  It is completely shaded and also has barbeque spots. The downside again is that it is right next to a lake, unfenced and there are no toilets. However, it is a lovely playground for toddlers and nice and shady for mums and dads.

The awesome and challenging equipment at Lake Reflections Playground lends itself to tightrope walking and other circus acrobatics for older Brisbane Kids. The HMAS Warner Playground has a nautical theme, which encourages lots of make believe sailing of the high seas on the lookout for pirates and searching for hidden treasure.

Both Warner Lakes Playgrounds are without toilet facilities at this stage. The playgrounds are unfenced and are on bark and rubber bases, with only the HMAS Warner playground covered by shade sails. There are bike and walking paths suited to wheelchair and pram use.  Tables and electric barbeques are located in both parks.

Lake Reflections Playground is located on Pallas Parade in Warner.

HMAS Warner Playground is located on Caspian Parade in Warner. 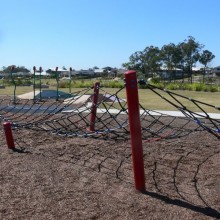 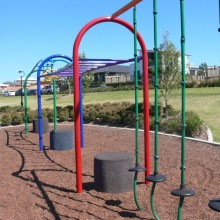 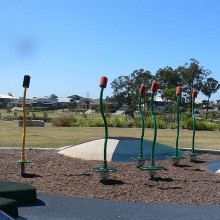 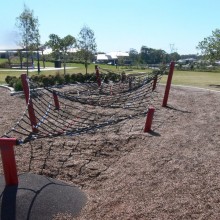 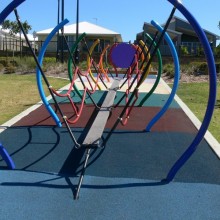 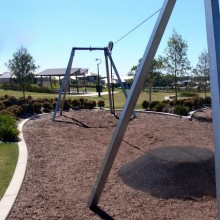 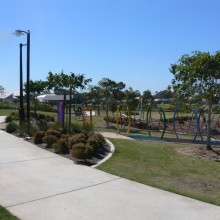 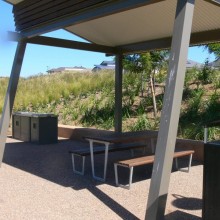 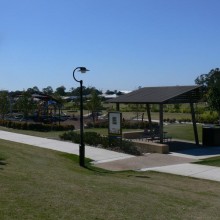 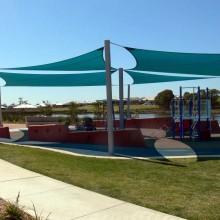 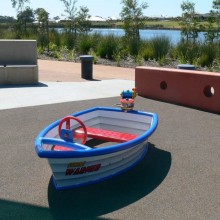 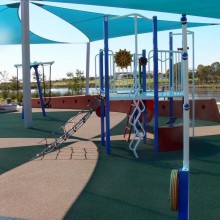 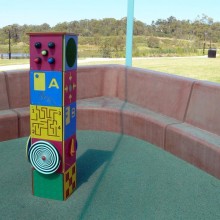 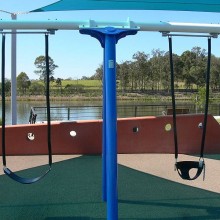 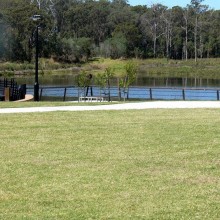 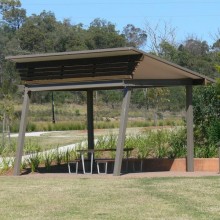