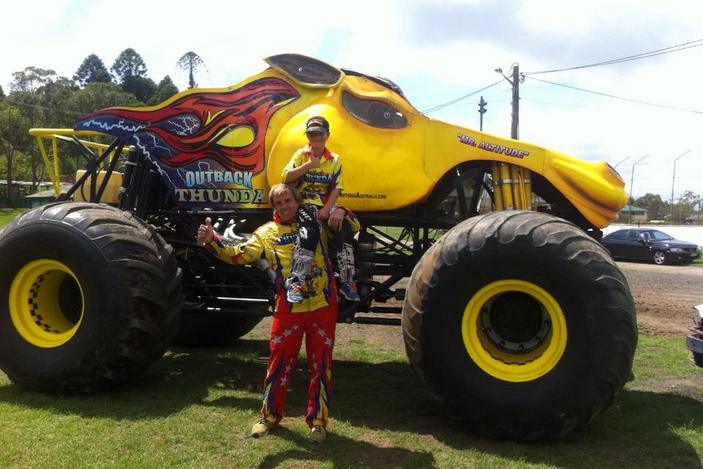 Local 13 year old Autistic Boy, Ryen Andrews is preparing for the show of his life at the Archerfield Monster Truck spectacular on Saturday, 25th June 2016.  Ryen was non verbal until recently when his elite motorcyling skills and infectious attitude brought him to the attention of Monster Truck Promotions Australia.

Ryen’s family and doctors noticed an immediate improvement in his attitude and health as soon as he began working with the Monster Truck Spectacular Team. Since he has graduated to a fully fledged member of the team, Ryen has gone from not being able to talk, to now being able to take part in short interviews in front of large crowds. This is something that Ryen and his family would have never imagined just a few months ago.

The Archerfield Monster Truck Spectacular will see him perform his famous and breathtaking Wall of Fire Stunt along with a packed evening of events including an international field of monster truck drivers,  a World Class Acrobatic Motorcycle challenge, Roll em over and Crash’em up demolition Derby, Fireworks and Laser Show and much, much more.

Ryen’s stunt sees him drive his 65cc KTM motorcycle through a wall of fire.

This is normally done by an adult on the bonnet of a car but Ryen is the only person in Australia to have modified the stunt so that it can be performed on a motorcycle.  It is one of the most impressive acts in Australia at the moment and the promoters of the Archerfield Monster Truck Spectacular are proud to announce that this act is now confirmed and officially part of the program.

In addition to helping individuals like Ryen, the Monster Truck Promotions Australia team work closely with a number of charities and other local community organisations in the different areas they travel to.  They raise hundreds of thousands of dollars each year for charity.  Apart from putting smiles on the faces of thousands of children, the Archerfield show alone is hoping to raise more than $10,000 for child’s vision and other charities. 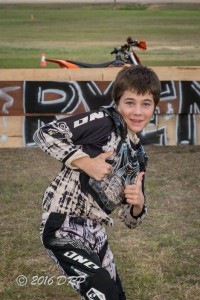 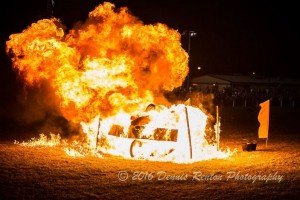