Triathlon for Families – A sport for everyone to enjoy 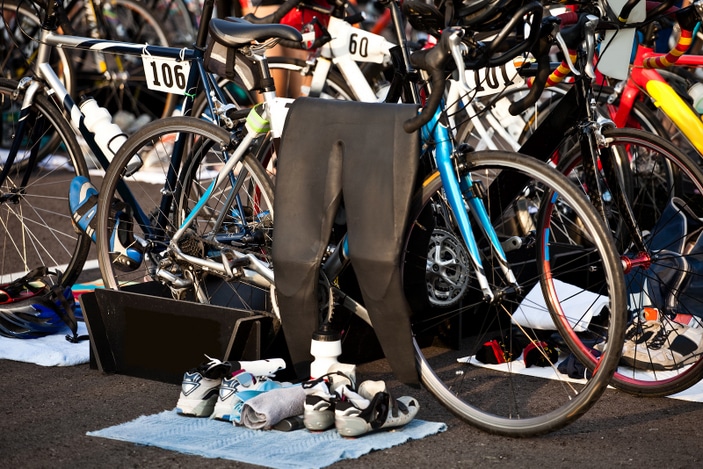 Summer is just around the corner and if you’re looking for a way for the whole family to keep active over the warmer months, triathlon is a great option. There’s a perception that you need to be super fit to participate in this sport, and yes, if you’re looking to do an Ironman, which starts with a nearly 4km swim and ends with a marathon, you will need months of training for peak fitness and mental toughness. But there are triathlons of all distances, including Enticers (short tris so-named because they are designed to entice new people into the sport).

What is a Triathlon? – The Basics

A triathlon is a race with three sections. In fact, the name derives from the Greek words for ‘three sports’. Generally, the three legs will be a swim, a ride and a run, in that order. A triathlon can be any distance, but some of the standard adult distances are:

*Refers to the total race distance as measured in miles

In a triathlon, competitors complete the three legs one after the other, with equipment for the next leg being left in a staging area known as ‘transition’. The time spent in transition preparing for the next leg counts towards the competitor’s total race time; professionals and serious triathletes train specifically for transition to make this process as quick as possible.

Competitors are divided into ‘waves’, with each wave beginning the race a few minutes apart. Participants usually compete with others of similar sex and age, though many triathlons have a ‘mates’ wave which anyone can enter, meaning they can race against friends of different ages and the opposite sex. It’s also common to have waves set aside for people over a certain weight. Para triathletes and professionals have their own waves too, which start before the rest of the field. 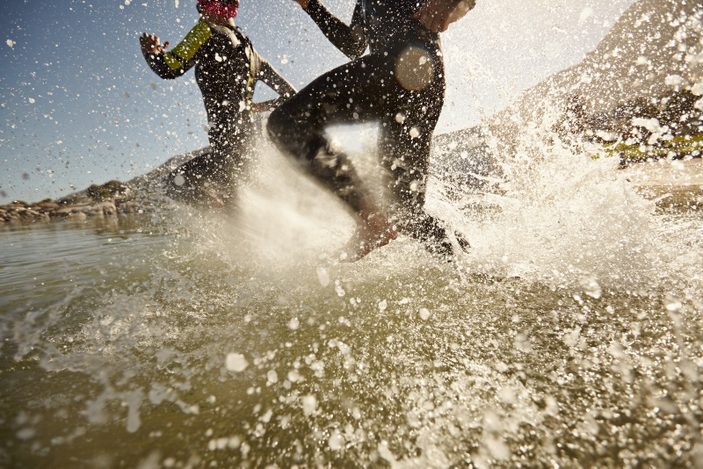 There is a thriving triathlon scene in Brisbane, meaning you have access to multiple clubs, local race series such as the Queensland Tri Series and Bribie Island Tri Series, and longer races in spectacular nearby locations such as Noosa, Mooloolaba, Kingscliff and Byron Bay. In fact, Noosa is the largest Olympic-distance triathlon in the world by participation, with people flying in from all over the globe – and it’s right on our doorstep!

Do I need to join a club?

You don’t have to join a club, but there are lots of benefits to being part of one. As a member, you will be able to access triathlon-specific training sessions, connect with like-minded people, and hang out at the club tent on race day, with some clubs offering BBQs and even massages after big races. There are clubs located all over Brisbane, some of which have specific training sessions for juniors. Triathlon Queensland, the state sanctioning body for the sport, offers a tri-before-you-buy period with clubs, so you can train with a club on a trial basis before deciding if it’s the right fit for you. There are also triathlon programs offered through some schools. 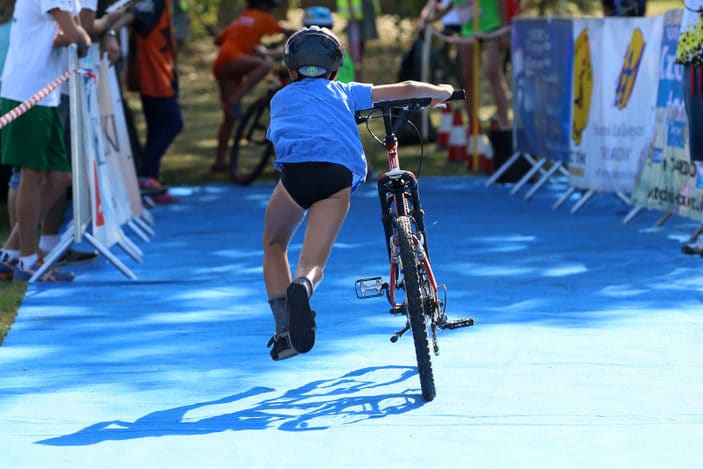 How friendly is triathlon for families?

Many smaller triathlons will include waves specifically for kids, either before or after the adult waves. Bigger triathlons that require adults to rack their bikes the day before, meaning you need to be at the site the previous day anyway, will usually hold a kids’ tri on this day. Your whole family can have fun as you take turns cheering each other on.

A big advantage of triathlon for families as a sport is that you don’t have to commit to attend every week for the entirety of a season. Instead, you can pick and choose triathlons based on when it suits your family. Many clubs will offer multiple training options during the week, and if you can’t make one, you can still head out for a run, ride or swim. Triathlon can therefore fit in around your other commitments, though it can be an addictive sport so you may find yourself fitting in other commitments around triathlon!

Finally, triathlons for families tend to have a great atmosphere. Everyone there is making the most of their day by getting out and swimming, cycling and running through some picturesque parts of Queensland. It can make for a lovely day out with the family. And to top it off, you’re showing your kids that exercise and staying healthy doesn’t have to stop when you leave school.

What are the drawbacks?

Triathlon can be a time-intensive sport by the time you train for three different legs. And on race day itself, you can’t just turn up for your wave then leave. All competitors must have their gear set up in transition before the first wave leaves and you then have to wait for the last competitor to be out on the run leg before you can enter transition to collect your gear. So racing a triathlon is an investment of several hours, which is why many people do join a club – you can spend these hours with friends and in the (relative) comfort of a club tent. Even if you don’t join a club, you can still take some chairs, an Esky, and enjoy spending the time with your family.

Another drawback to triathlon is the expense. Starting out can be affordable, but race entry fees, club membership and training fees, travel and accommodation to larger triathlons, etc. can all add up. And that’s without even considering how much those shiny new bikes your family is coveting will cost! Having said that, people on all sorts of incomes enjoy triathlon – it’s a matter of budgeting and planning races and gear purchases based on what you can afford.

On top of this, if your children are young, you will need someone to watch them while you are racing. For two-parent families where one partner doesn’t participate, this is an easy solution. If both parents are triathletes, or if you’re a single parent, then you’ll have to turn to other options. Two-parent families can alternate who is racing at a particular triathlon, or you can invite other family members or friends to join you and do a spot of babysitting while you’re racing. 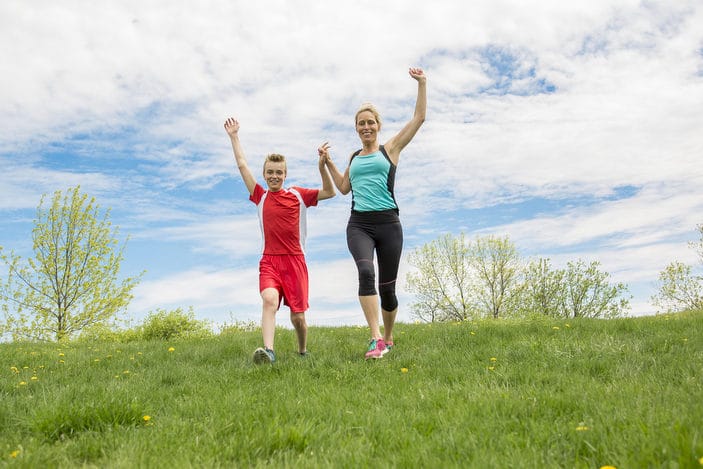 How to find out more about triathlon for families

Triathlon Queensland should be your first stop to find out more about triathlons, particularly the following pages:

Participating in an activity, such as triathlon for families, is a great way to model healthy exercise habits for your children. If they’re not quite ready for this type of event, why not take a look at our guide to Keeping Brisbane Kids Fit and Healthy, or 9 Fitness Activities That Feel Like Play To Kids for some fun alternatives.