The Sound Of Music | Brisbane March/April 2016 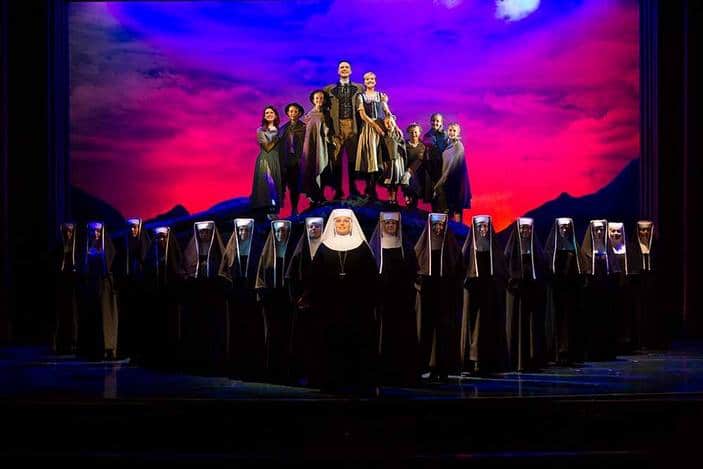 Please note: This show has now finished in Brisbane.

Andrew Llyod Webber, David Ian, John Frost and The Really Useful Group presents The Sound Of Music at the Lyric Theatre, QPAC from the 11th March 2016.

The Sound Of Music Musical in Brisbane

Brisbane will be alive with the sound of music in 2016 as the world’s favourite musical, The Sound of Music, makes its way to Brisbane to be enjoyed by the young and old. The lavish London Palladium production of the musical will star Cameron Daddo as Captain von Trapp and Marina Prior in the role of Baroness Schrader. Supported by a very talent cast they will tell the story of Maria a fun-loving governess who changes the lives of the widowed Captain von Trapp and his seven children by re-introducing them to music, before the family is forced to flee across the mountains from Austria to escape from the Nazis.

Everyone will delight in seeing the famous songs My Favorite Things, Do-Re-Mi, Climb Ev’ry Mountain, The Lonely Goatherd, Sixteen Going on Seventeen, and of course the unforgettable title song The Sound of Music performed live on stage in  a fantastic stage show that your family will never forget.

This uplifting show will have everyone singing along and is suitable for The Sound of Music fans of all ages.

The Sound Of Music Shows

The show is 2 hours and 30 minutes in duration and includes an interval.

All shows will be performed at the Lyric Theatre QPAC- Cnr Grey and Melbourne Street, South Bank.

For more information on The Sound of Music musical in Brisbane and to book tickets click here.

You can see a sneak peek of The Sound Of Music below:

Win a Family Pass to see The Sound Of Music at QPAC!

We have two family passes (each for 4 people) to see The Sound Of Music on Tuesday 15th March at 6:30pm, at QPAC. The Sound Of Music is showing live at QPAC from Friday 11th March to Saturday 17th April 2016. Simply complete your details via the app below to enter.

Win 1 of 2 Family Passes to see The Sound Of Music at QPAC!

Regardless of the size of the event, we have some great tips for Keeping Kids Safe in a Crowd and also some other great Upcoming Shows in Brisbane you can check out.