The Meaning of Halloween 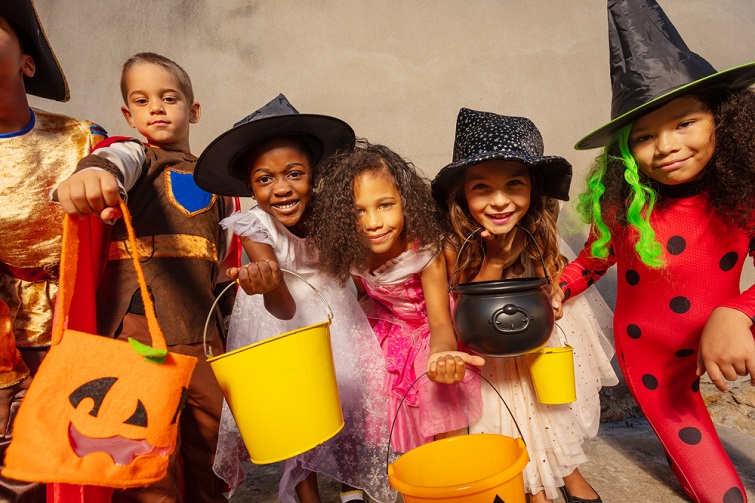 When October comes around and you start seeing spooky decorations crop up everywhere, you know it’s Halloween season again! Every year, the festivities come and go and yet many of us don’t know why we celebrate this holiday. Read on to learn more about where it came from and – ooooh the real spooky part – how to explain the meaning of Halloween to your kids!

The Dark History of Halloween

It is known to have all started with the Celts from Central Europe and their pagan religious festival Samhain (pronounced “sow-win”), marking the end of summer or the beginning of “the dark half of the year”. This was the tradition that celebrated the end of the harvest year. Bonfires were lit, animal sacrifices were made, celebrations were carried out and along with this – the dead were called to mingle with the living, since the veil between the living and the dead was believed to yield during this festival.

For Pagans, celebrating death was not a morbid affair but was done out of respect for the departed. The Celts honored them by preparing offerings and leaving them outside villages and fields. They would also dress as animals and monsters so that other members of the Otherworld like fairies and witches would not be lured into capturing them!

Halloween As We Know It

Much later on in the 8th century, Christian influences changed the holiday to be known as Hallow’s Eve – the day before November 1st, or All Saints Day. Before long the festival had travelled the seas to America along with the Irish and Scottish immigrants to eventually become commercialized and sold as a holiday at the start of the 18th century.

Our modern day Halloween traditions have a number of influences. Most of them are borrowed from ancient traditions – like ‘apple dooking’, from the Celts during Samhain festivities and trick-or-treating from the ‘soulers’ of England.

Though the festivities took a long time to evolve into what we know today, one thing is for sure – they have always celebrated the strange and scary!

The earliest accounts of dressing up in scary costumes during the beginning-of-winter time festivities are of the Celts during Samhain. They did this on those three days to ward off the evil spirits that they believed might cross over as the barrier separating the physical and supernatural worlds grew weak. This is perhaps where the dressing up aspect of the beloved modern tradition takes root. The pranking part of Halloween is also known to originate from Samhain, though those tricks were typically pinned on fairies!

“Souling” or “going-a-souling” is an old English custom also practiced during the end of the harvest season where a group of poor, merrymaking soulers visited local farms and cottages to sing a traditional request for food and soul cakes. It is believed that the act of young children going door to door asking for candy favours this old English tradition!

Though these two customs seem reminiscent of our beloved modern Halloween-time activity, it is still unknown how and when they merged, since Trick-or-Treating only really took off after World War II!

Note: Be prepared for a scary backstory 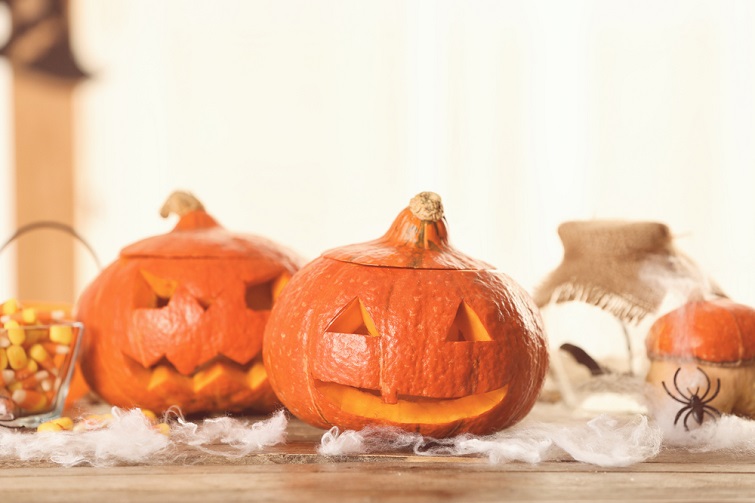 The tradition of carving scary faces onto gourds actually originates from an old Irish folktale about a shrewd and lazy drunkard named Jack who tricked the devil into agreeing to not claim his soul, should he die. Eventually, when Jack did die, he was denied entry into heaven because of his misdeeds and the devil, true to his word, refused to let him into hell.

Legend goes that the devil gave Jack a single piece of burning coal to light his path through the darkness. Jack is said to have put that coal in a carved-out turnip to make a lamp and to this day, still listlessly roams the Earth with it. This ghostly figure was named “Jack of the Lantern” which then later changed to “Jack O’Lantern.”

The Irish and Scottish began making their own versions of this glowing lamp by carving scary faces onto all kinds of different gourds and vegetables – like turnips, potatoes and even beets, to scare Jack and other evil spirits away. Eventually when immigrants from these countries found their way to America, so did the tradition and it was adapted to be done using pumpkins – since America had so many of those! From there, the rest was history.

Despite this interesting folksy origin story, the earliest known usage of the term Jack O’Lantern dates back much earlier; all the way back to the mid-17th century, when it originally meant a night watchman. Regardless of where it precisely originated from, it sure is a fun family tradition to share with your kids today!

Explaining the History of Halloween to Kids

When it comes to telling a child about the scary stories behind the most fun holiday of the year, it’s crucial to keep it age-appropriate – or risk frightening your 4 year old into sitting it out entirely. Yikes! The real sticking point in explaining Halloween to a child in a historically accurate way, is that it involves one tough topic in particular; death. The good thing is that depending on the age and maturity of your child, you get to decide how much you share with them. Here is a rough guideline based on children’s understanding of death and the difference between fact and fiction for different developmental stages :

Can Halloween Just be a Fun Annual Activity?

Yes, of course! At the end of the day, the most important thing for your child to know about Halloween is that it’s a fun, laughter-filled day for dressing up with your loved ones while safely trick or treating.

Overall, just make sure your child understands that Halloween, like many other festivals, is personal to each individual and family, so we should be respectful while understanding its origins. By wanting to nurture their curiosity and give their little minds something to munch on, you are already ensuring that they have the most enjoyable Halloween experience!