The Best Time to See Whales in Queensland 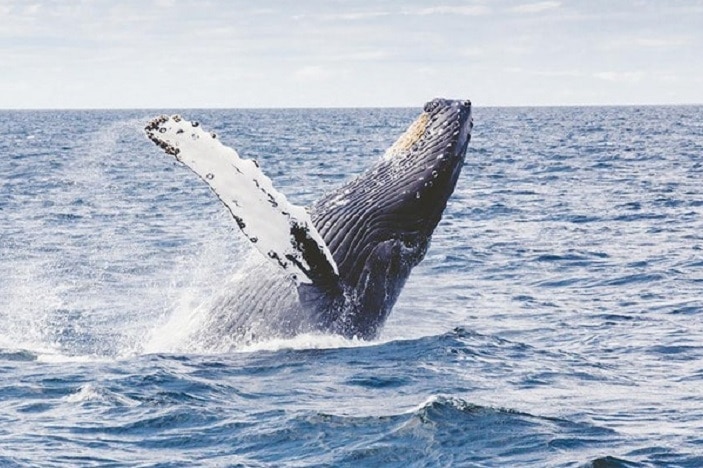 Did you know that Brisbane is located right on the edge of the Humpback Highway? Every year, thousands of majestic humpback whales pass right by us on their annual migration through Queensland waters from the Antarctic. With whale numbers now thankfully increasing year after year, chances of seeing these amazing creatures are better than ever. Read on to find out the best time to see whales, including when best to spot mums and calves, the best places for seeing whales, and more about the amazing recovery of our local whale population. 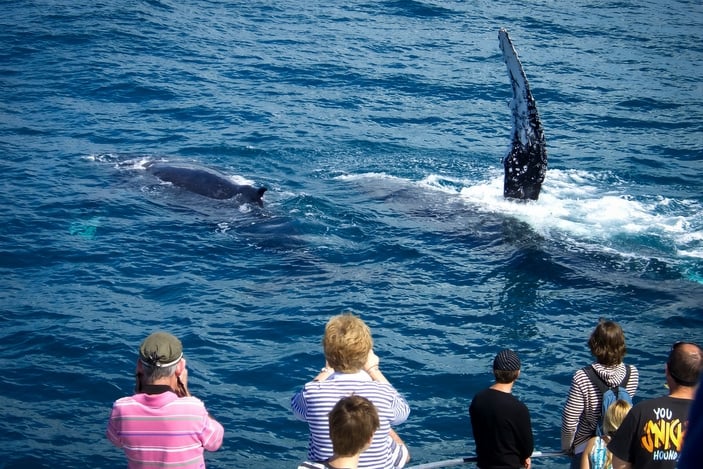 When to See Whales in Queensland

The whale watching season in Queensland runs from mid-June to October. Generally between those times you are very likely to see a number of whales on a whale-watching cruise. However, what if you specifically hope to see a huge mature male up to 16 metres long, or you dream of spotting a mother whale with her gorgeous new calf? Well, you can plan when best to go whale watching based on the following information:

November–January — The whales feed on krill in the Antarctic to stock up on blubber that will sustain them during their annual migration north.

April — The pregnant female whales follow the others after having fed for longer to support themselves and their young throughout the journey.

July–September — This is when mating takes place, and it is a great time for whale watching as the males often but on great displays of beaching and fin and tail slapping to impress potential mates. Males have also been known to gather in groups in order to sing to and attract females.

July–August — Pregnant females give birth to their babies in the warm northern waters, and head south with them by the end of August.

August — Whales heading south begin to arrive in our waters. The mature whales arrive first, with some still courting and mating.

September — The immature whales arrive on their journey south.

Mid-September–October — The mothers and new calves arrive. This is a great time to go whale watching if you want to spot a beautiful baby humpback swimming along and suckling with its mother.

November — The whales arrive back in Southern Ocean: first the pregnant females, then the immature whales, followed by the mature whales, and finally the mothers and calves. 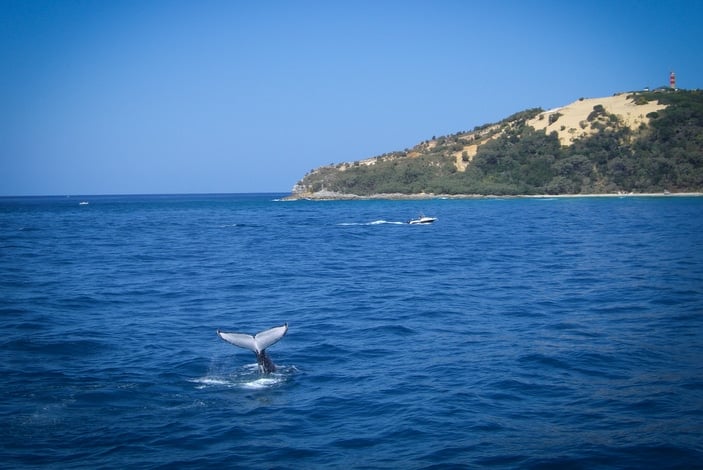 The Best Places to See Whales

Visit this link for full information on Whale Watching from Brisbane.

One of the best ways to see whales and get guaranteed whale sightings is on a whale watching cruise. Check out the following whale watching tour companies:

You can also try to spot whales from land. The following spots offer great vantage points for whale watching: 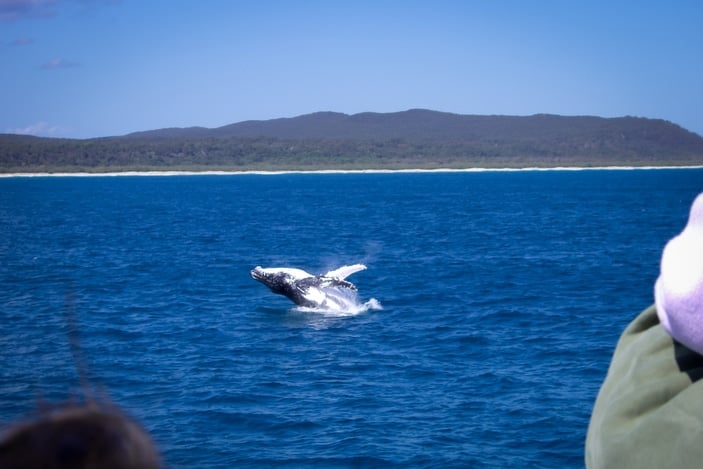 It is estimated that there used to be around 40,000 humpback whales that migrated along the eastern coast of Australia. However, whaling decimated the population. There were whaling stations at Tangalooma, Byron Bay and Norfolk Island, killing whales for use in pet food; oil for glycerine, soaps, lamps and margarine; gelatine; medicines; fertiliser; tennis racket strings and much more. Added to that, there was illegal Russian whaling that is believed to have taken tens of thousands of whales in the early sixties alone. As a result, the whale population plummeted to as few as 500 left.

Since the end of the major whaling operations in 1962, the whale population is thankfully back on the rise. So much so that we are expected to see it reach a record of 27,000 whales this year, leaping from 20,000 in 2014. The numbers are amazing and it means our chances of spotting these stunning creatures are getting better and better.

Local whale watching company Spirit of the Gold Coast Whale Watching experienced a bumper season of whale watching in 2017, with a record number of sightings of mothers with new calves. They spotted a total of over 1,200 whales, up from 976 the previous year. Spirit of Gold Coast Whale Watching spokesperson Michele Del Bianco said, ‘With the increasing whale population, you simply can’t go out on a whale cruise today and not see a whale. In fact, there was one day this year when I was out on the boat and we saw ten different pods.’ They noted great interactions with curious juvenile whales at the start of the season and beautiful sightings of mothers with acrobatic and playful newborn calves at the end of the season. They were even lucky enough to spot the famous white humpback whale Migaloo twice on his migration, heading north on 11th July, and south on 19th September.

Here’s hoping the whale population continues to soar and their journey continue to delight Brisbane Kids and adults for many years to come!

For more information, you can read Whale Watching from Brisbane, with details of the whale migration, whale watching tours and where to spot whales around Brisbane.

Paula Johnson
For over fifteen years Paula has worked as an editor and writer of educational books and support materials, working in England, Hong Kong and Brisbane. Now with two Brisbane Kids of her own, she enjoys spending time with her children, discovering new places together, making things and getting grubby … and sharing it all with our readers! She loves the fun and creativity of writing for Brisbane Kids and how it allows her to combine her two greatest passions — writing and mummying!