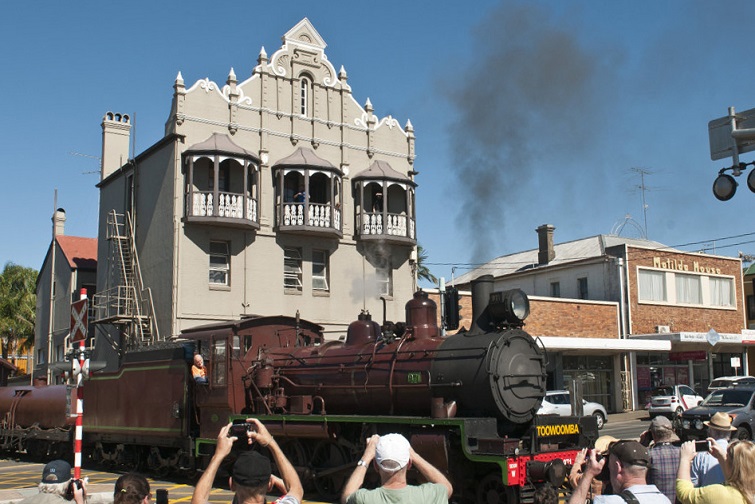 At one time, train travel was the main way that Aussies travelled the breadth and width of this vast country. The Southern Downs Steam Railway (SDSR) is a not-for-profit heritage steam railway that restores old railway equipment and runs regular vintage train trips for tourists.

Formed in 1996, SDSR (also known as the Downs Explorer) operates on Queensland Rail main lines in the Southern Darling Downs and Granite Belt regions. It makes a great day out for the family, giving kids a glimpse into the ways of yesteryear. Additionally, SDSR offers multi-day itineraries with accommodation and meals, so you can even make a holiday out of it. Take a trip on a historic steam train

This can be a great bonding activity to do with grandparents, who will appreciate the history behind the locomotives. They may even remember some train travel stories that they can share with youngsters along the journey. Whoever you’re taking, SDSR offers a multitude of itineraries, beginning at their station in Warwick, including:

Each journey is different, for example, the trip from Warwick to Hendon is just under two hours, making it ideal for families with young children. You will cross wooden bridges, road crossings, rock cuttings and pass by bushland, farms, dams and villages along the way. When you return, a sausage sizzle is held on the platform including hot and cold drinks.

A kiosk on the train sells other drinks and snacks that can be enjoyed during the trip. This tour departs Warwick station at 10.00 am, and returns at 12.00 pm. Check out their website to peruse their full timetable. The SDSR volunteers have collected many items of historical value, which are housed in the old Cottonvale Station House, which was relocated to the Warwick station. If you have a train enthusiast or history buff in the family, they will love scouring the displays that include a model locomotive and a morse code set that children can have a go at.

You can also read about some fascinating facts associated with train travel. For example, in December 1917,  Prime Minister Hughes had an egg thrown at him while on a pro-conscription tour by train. That resulted in the establishment of the Federal Police after the local policeman refused to arrest the egg thrower!

Outside the museum is an old-fashioned trike that kids are welcome to ride along the train tracks. Visitors are welcome at the museum on Wednesdays and Thursdays, or at other times by appointment. A donation to the SDSR is appreciated. Getting to Southern Downs Steam Railway

If your Brisbane Kids can’t get enough of steam trains, you may also like to check out the Queensland Pioneer Steam Railway at Bundamba. 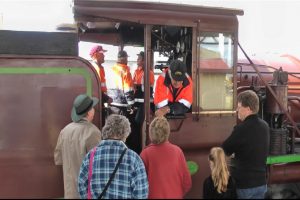 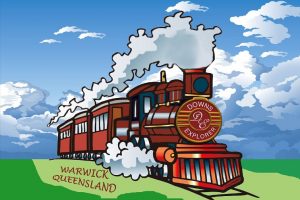 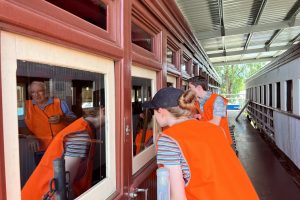 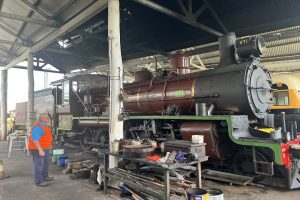 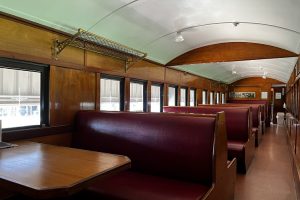 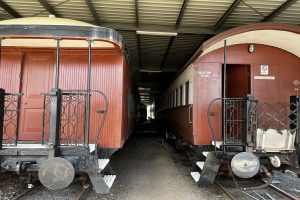 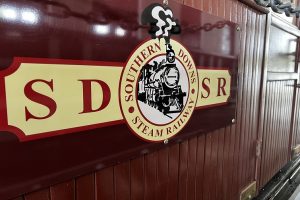 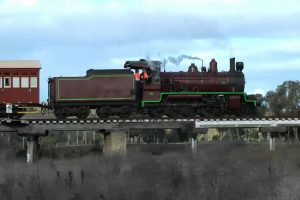 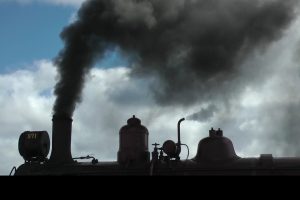