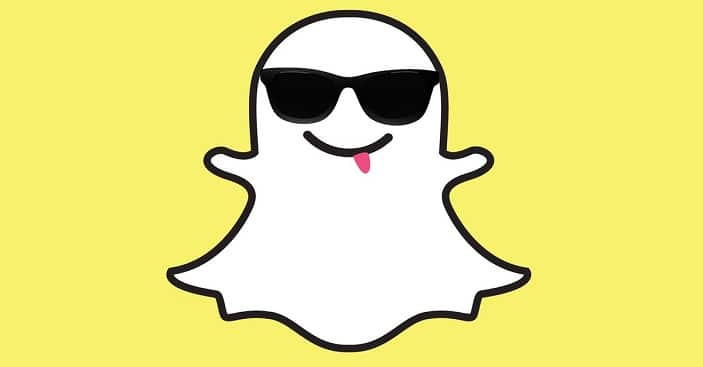 Snapchat is a free app that allows users to capture and send text and short videos. After the message is received, it self-destructs in from one to ten seconds, with the time-frame specified by the sender.

According to the Pew Research Centre (US), Teens Technology and Social Media Review 2015, 41% of all US teens 13 to 17 use Snapchat. While such data is unavailable for Australia, it is reasonable to assume a similar trend.

Should I allow my child to use Snapchat?

A child must be over thirteen to sign up to use Snapchat. Snapchat redirects younger children to an alternative product called SnapKidz. With SnapKidz, users can take photos and modify them but they can’t send them to anyone else.

Why wouldn’t I want my child to use Snapchat?

Although a Snapchat message self-destructs within ten seconds, it can still leave a copy behind. The receiver can take a screenshot of the message and image before it disappears. If the Snapchat app is aware this has happened, it advises the sender but there are many third party apps that can circumvent this warning. To keep a record of a message is as simple as taking a photo of the screen with another phone.

Data experts insist it is always possible to extract deleted data and a number of forensic specialists have proved that Snapchat is not an exception (The Guardian, May 2013). In May 2014, the Federal Trade Commission (USA) found that Snapchat misrepresented the extent to which data disappeared.

Snapchat’s Privacy Policy includes the statement: We can’t guarantee that messages will be deleted within a specific timeframe. And even after we’ve deleted message data from our servers, that same data may remain in backup for a limited period of time.

With SnapKidz, although a message can’t be sent, it can be easily shared if your child has another messaging app.

Finally, there is more to Snapchat than simply sending a message or video. You need to be aware of the other services Snapchat provides.

What other services does Snapchat provide?

Snapchat comes with a service called Discover which curates content from sites including Comedy Central, Cosmopolitan and People. This external content may contain violence or bad language and exists for 24 hours before disappearing. There is no option to disable Discover.

Snapchat has a feature called Stories. With My Story, users can send a series of related texts to one or more Snapchat friends or a Group depending on privacy settings. Live Stories are shared stories created at specific events. Live Stories can be viewed by anyone. Stories, like Discover, are available for 24 hours.

Under the Terms of Use Snapchat has the right to redistribute, modify and use anything posted to Our Stories (now Live Stories).

What you need to do first

Talk about Snapchat with your child. The best approach for management of issues relating to digital devices, apps and behaviour, is to communicate. House rules need to be set and explained.

Snapchat is an easy way for children to share fun and silly moments with their friends, however, as a parent it is your responsibility to ensure your child understands there is no such thing as a disappearing image regardless of what they may have hears. Any image can be captured and they should never send anything they would not want copied and distributed.

Message apps require responsibility and appropriate etiquette. You can’t enforce these behaviours through the app. It has to be a discussion with your child and is an opportunity to teach and model digital citizenry.

But what about sexting and harassment?

There is no official data to suggest that Snapchat encourages sexting or on-line harassment. There are risks associated with all messaging and social media and these should be addressed by house rules and regular discussions between parent and child about internet activity.

So is it relevant that the image disappears?

This is still a good thing. While Snapchat isn’t a foolproof method of sending an image no-one can record, it does mean that messages are rarely on-line forever as they can be with other social media such as Facebook. Snapchat messages generally do not form part of your child’s digital footprint.

Can I monitor my child’s Snapchat messages?

When a message is sent there is no record kept on the device, so there is nothing for a parent to review.

There is a product called mSpy which can monitor Snapchat messages but only on a rooted phone (one where you have obtained root access to the operating system). There are risks involved in rooting a phone and most manufactures will deem the warranty voided.

So what should I do?

If you feel your child is mature enough to use Snapchat in a responsible manner and they are over thirteen, it is appropriate to allow them to use it to communicate with friends, while emphasising the level of trust involved.

Digital citizenship is not about one device or one application. Keep the conversation about technology and apps active so you will continue to be aware of how your child is managing Snapchat and their other messaging and social media apps.

Sandy Fussell is mum to two digital natives. She works as an IT Consultant, organises Story Crowd literary festivals in schools and is an award-winning author of books for young people. You can find her at www.sandyfussell.com and www.samuraikids.com.au