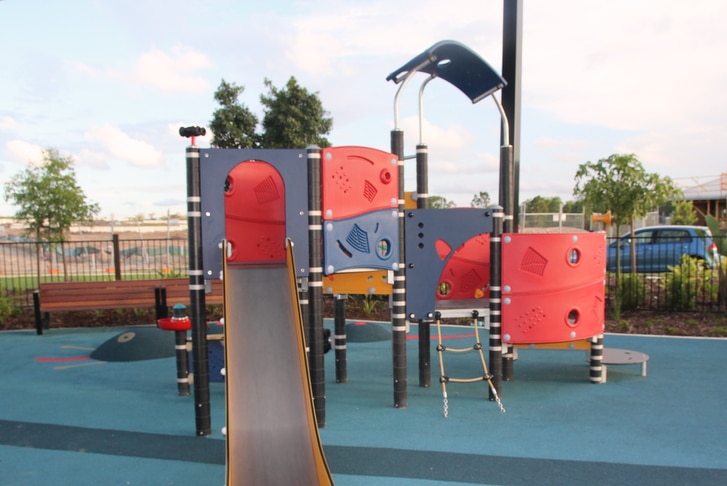 This recently installed Warner park is loved by local families for its playground, fitness equipment, barbecues and dog off leash area. Set in a defense housing estate, it also fittingly features a sculpture of Sarbi – Australia’s most highly awarded explosives detection dog.

The park has all the usual play equipment, such as swings and slides, as well as a unique spinner toy. There’s also plenty of room to run around, play hopscotch, have a barbecue or picnic.

What makes this park special is that it has been named after a canine war hero with an amazing story of survival. Sarbi, a former special forces explosives detection dog, was awarded the RSPCA Purple Cross award for showing exceptional courage. Sarbi risked her own safety to save a person from injury or death, and went missing in Afghanistan during an ambush. She was found 14 months later by an American soldier, and was reunited with the Australian army. The park features a life size bronze sculpture of Sarbi, created by local artist Kathy McKlay – a touching tribute to a true hero.

There are lots of concrete pathways that lead from the street to the playground and through other areas of the park. It is fairly flat and is wheelchair and pram accessible. The playground is partially fenced, on the sides that are closest to the road. There are undercover areas with chairs and tables for anyone seeking respite from the sun or rain. 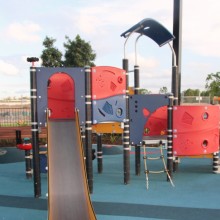 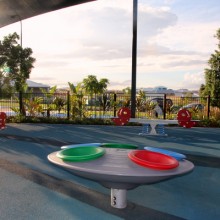 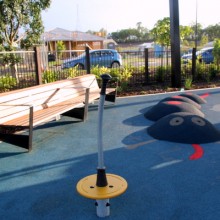 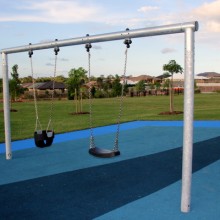 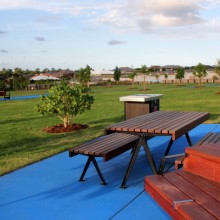 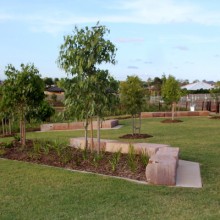 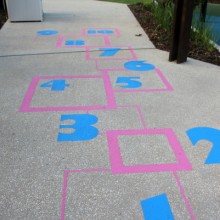 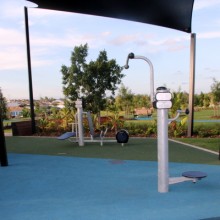 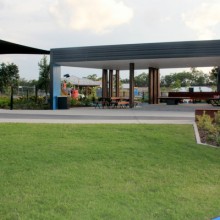