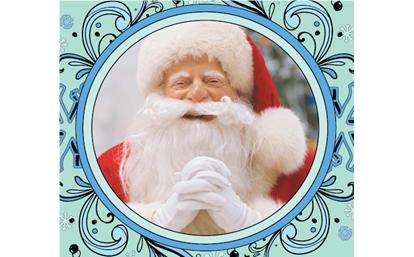 Please note: This article was written in 2013 and is no longer current

Finding a place to get a Santa Photo taken in Brisbane is tricky because some cost money, some will let you use your own camera and others will happily snap a photo for you for free. We thought we would take the guesswork out of it and show you where to go.

Premium Photo’s with Santa in Brisbane

Head along to any major department store in Brisbane and you will be heading into Santaland. You can expect polished Santa deliveries, awesome backdrops and often a team of ‘helpers’ all intent on getting you and your Brisbane Kids the best Santa Photos in Brisbane. Due the extra help and the investment in premium props and costumes you can also expect the price to be the highest. You will also most likely be unable to use your own camera to take photos with your child and Santa. Avoid these places at peak times if you want to avoid the crowds. Check out our calendar for a list of places to Visit Santa in Brisbane

Santa photos are available at a lot of the smaller village type shopping centres often for a smaller cost. The Santas often sit upon a throne and the helper is often the photographer. On the plus side, the lines are smaller and the pressure less.

You must be thinking there is no way to get Santa Photos for free in Brisbane but here are some ideas that we have for you.

Finally, remember that half the fun of Santa photos is how badly Santa photos can be. It can be a good idea to check out the Santa situation early and then return later for photos reducing the pressure and putting you in a position more likely to achieve your picture perfect Santa photo in Brisbane.

Other Places to visit Santa

Redcliffe Santa Sleigh from Sunday, 18 November 2012 between 5.30pm and 8.30pm in various locations throughout Redcliffe www.moretonbay.qld.gov.au/christmas

Christmas in the Park @ Pine Rivers Park, Strathpine on Saturday, 24 November 2012 from 7.30pm. Take your own photos for free. www.moretonbay.qld.gov.au/christmas

Christmas by the Sea @ Scarborough Beach Park, Scarborough on Saturday, 1 December 2012 between 5.30pm and 8pm. Take your own photos for free. www.moretonbay.qld.gov.au/christmas

Christmas under the Stars @ Caboolture Town Square, Caboolture on Friday, 14 December 2012 between 5pm and 7.30pm. Take your own photos for free. www.moretonbay.qld.gov.au/christmas