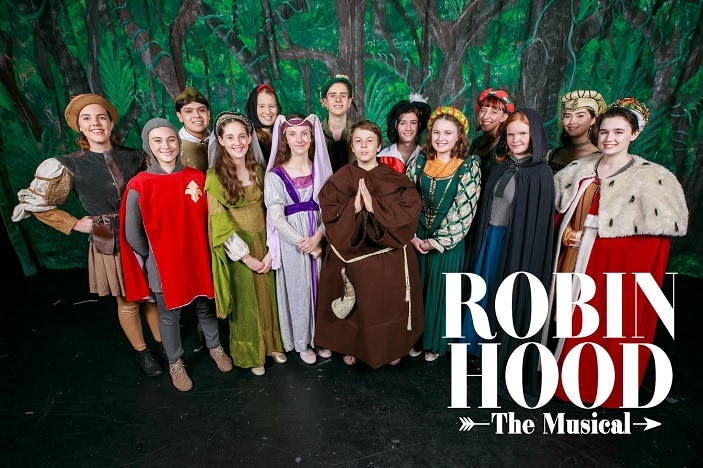 THIS EVENT HAS NOW FINISHED. KEEP AN EYE OUT FOR OTHER BRISBANE ARTS THEATRE EVENTS IN 2018.

Relive the classic story of Robin Hood as Robin Hood The Musical takes to the stage at the Brisbane Arts Theatre. This much-loved timeless tale will come to life on stage as Robin Hood, the man who steals from the rich and gives to the poor, has his adventures in Sherwood Forest and Nottingham Castle. You will see Robin Hood grab his bow and arrow and don his green hat and tights as he whisks away the audience on this thrilling escapade! You can also expect to see Friar Tuck, Maid Marion and all the merry men singing on stage as Robin Hood the Musical makes its debut in Brisbane.

With magnificent costuming and beautiful performances by Brisbane Arts Theatre’s actors, this delightful production of Robin Hood The Musical is sure to capture the imagination and entertain Brisbane Kids aged  3-12 as well as lifelong Robin Hood fans. It is a must see for all Brisbane families over the spring.

Performances are on at the following times:

After the show, all of the actors will come out into the courtyard to greet, chat and sign autographs which is a beautiful  50 year old tradition and one of the best bits about seeing a show at the Brisbane Arts Theatre.

Tickets for Robin Hood The Musical

Ticket prices are as follows –

To purchase tickets and for more information about Robin Hood The Musical performances at the Brisbane Arts Theatre, please click here.