The rise of the mega park! Exciting times for Brisbane Kids 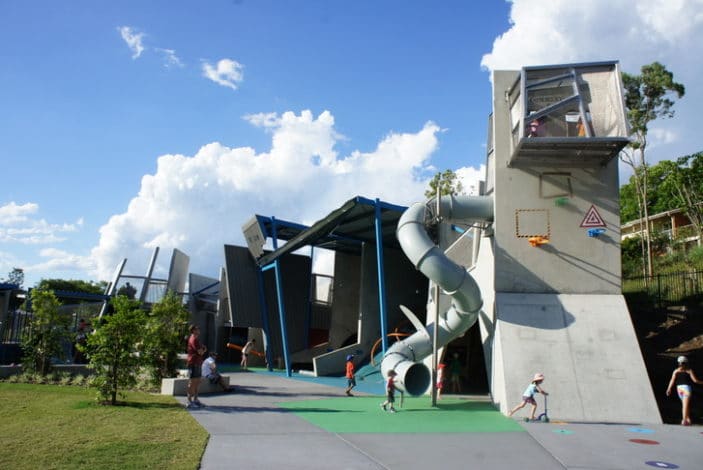 Here at Brisbane Kids, we know parks! We know the best parks around, from awesome fenced parks for toddlers, to large adventure playgrounds for older kids. But there’s a new type of park on the scene, one that has everyone very excited … It’s known as the mega park and it’s taking Brisbane and the rest of Australia by storm!

What is a mega park?

Mega parks are a new concept in the world of parks. A far cry from your usual kiddies’ playground with simple play equipment, these mega parks are huge, master-planned, million dollar + developments. Usually spread over many acres of land, mega parks literally have something for everyone, and we don’t just mean every child! Typical features include multiple play areas to cater for different ages, beautiful gardens, fun water play areas and lagoons, large open grassy spaces, shady picnic spots with excellent facilities, duck ponds and water features, areas of natural woodland and vegetation, and kilometres of walking paths, cycle tracks and boardwalks to explore it all.

Where can we visit a mega park? 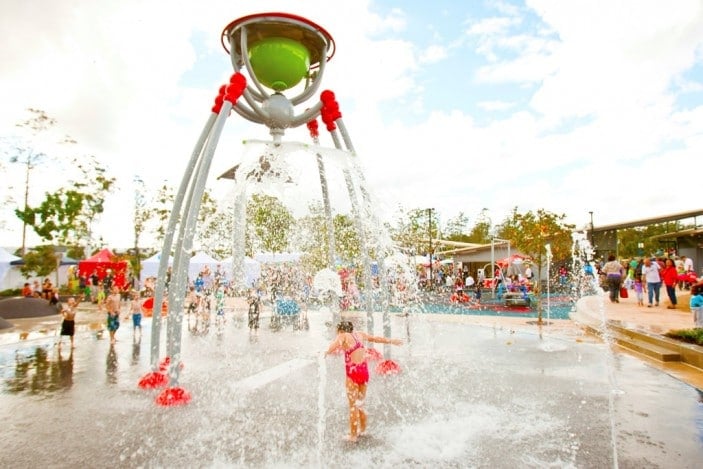 Featuring a strong and fun tennis theme, Frew Park in Milton is a huge play space filled with innovative play equipment for littlies and much older kids too. Features include a large climbing wall, climbing nets and cages, a huge 5-metre high tube slide, large greenspace, tennis centre and much, much more! Check out our full review of Frew Park here for more information.

When: See here for court open hours for the tennis centre

Splash’n’Play Adventure Park in South Ripley is an impressive water and play area that forms an integral part of the new Providence development being built in the Ripley Valley. The park features a water play park with designated toddler water playground, an older children’s zone and space for adults. There is an adjoining adventure playground with a custom built skywalk, tall tubular slides, swings, climbing features and flying fox. A network of walking and bike paths  will be built around the estate so that residents can access the state-of-the-art facilities without having to drive. 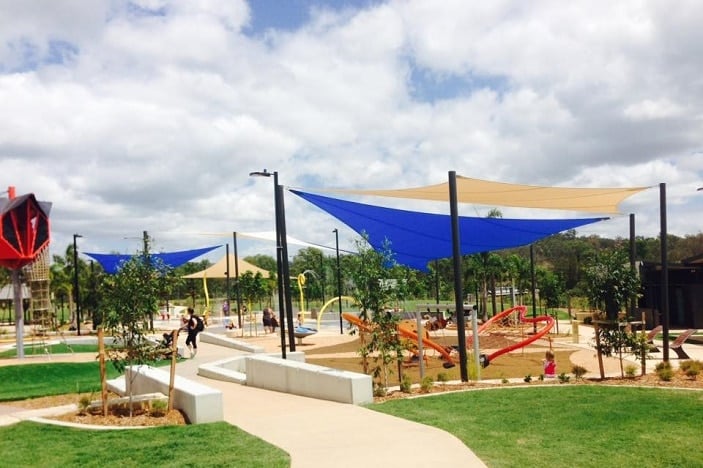 Broadwater Parklands in Southport might be a little bit out of the way but it features a fantastic shallow water park with sprinklers, waterfalls and shallow splash pools. There is also an unsheltered sand-based playground featuring swings, climbing equipment, a Liberty Swing, zip line and monorail track. With plenty of space for a BBQ or picnic and several toilet blocks this is a destination park the whole family will love.

And the parks mentioned above are just for starters. Many local areas are hoping to join this movement and establish mega parks to service the local community as well as attract visitors from far and wide. In particular, new master-planned developments are taking family recreation and the need for open outdoor spaces seriously, and planning sprawling parks with an abundance of facilities to serve as the heart of their upcoming communities.

Other upcoming mega parks around the Brisbane area include:

So what do we think of these mega parks? In a recent interview with Channel Nine, spokesperson for Brisbane Kids, Katie Forsythe, explains, ‘We’re blessed with such beautiful weather here in Southeast Queensland. The team at Brisbane Kids is just really excited that so many new parks are going in or getting redeveloped, so it encourages families to get outside and spend quality time together making memories.’

Do you know of any other mega parks being developed near you? We’d love to hear about them in the comments!

One response to “The rise of the mega park! Exciting times for Brisbane Kids”