Physics Observatory at QUT The Cube – The Review 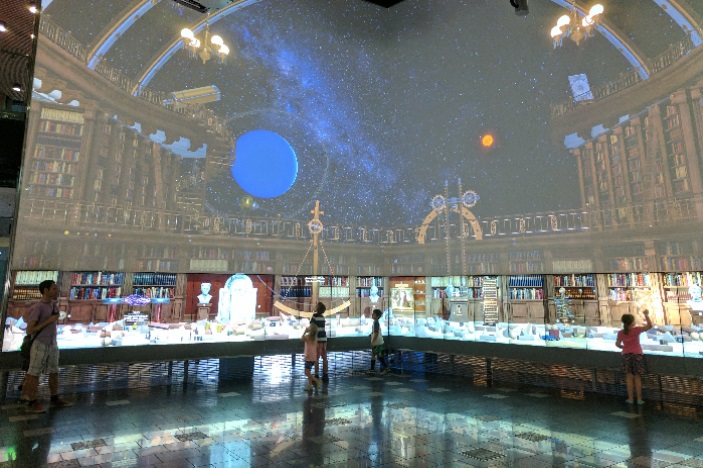 This event has now passed

After the excitement of Christmas has faded and toys have been played with, you and your Brisbane kids will likely be looking for something different to do in January. As a parent, you might think of physics as that hard science subject you dropped when it came to senior. If so, Physics Observatory at QUT The Cube is a school holiday program guaranteed to change your mind. Physics is behind both the mysteries of the universe, and the mysteries of the everyday. The program has been designed to inspire and engage your Brisbane kid (and yourself!) with physics, and I challenge anyone to walk away without having had a lot of fun and learned something too. 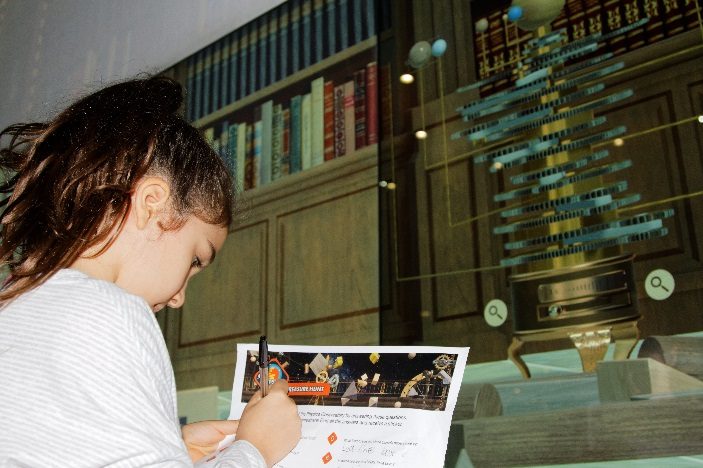 The Cube is the world’s largest interactive learning display and we are lucky to have it right here in the Brisbane CBD, at QUT’s Gardens Point campus. It is open from 10am to 4pm every day, and the holiday program will run from Friday January 6 to Sunday January 15. It’s free and there’s no need to book except for the science shows that are part of the official launch on Saturday January 7.

The Cube team were behind the much-loved Dino Zoo, which was a huge hit with Brisbane kids and parents. The Physics Observatory tackles another popular topic amongst kids: space. The team spent four months developing the program and incorporating it into the interactive screens and their attention to detail has paid off.

When you walk into The Cube, the two-storey-high screens immediately draw the eye, making you feel as though you are standing in a centuries-old observatory with high wooden bookcases, a spiral staircase, large telescopes and, of course, a glassed roof opening on to the starry sky. But unlike a physical observatory, which would be firmly rooted on Earth, this digital observatory can be located on different planets, and even near the Sun. Your Brisbane kid can select a planet, then observe the effect of that planet’s gravity on the objects scattered around the observatory. Is it harder or easier to move the objects compared to other planets? How do changes in gravity affect the flow of water or the speed at which a ball drops? I think it’s safe to say that the favourite setting of most kids was zero gravity, when all the objects started floating into the air!

The impulse of many children, upon entering The Cube, will likely be to immediately touch the screens and attempt to move objects without devoting much thought to the forces that are acting on these objects. Once your Brisbane kid has had some fun moving things around under different conditions, that’s when they will be more receptive to gaining a greater understanding of the science behind their play. There are magnifying glasses on the screens that you can tap for more information, and facilitators will be on hand to guide exploration.

You can also prompt this yourselves through the treasure hunt. This is a quiz with questions that can be answered by interacting with the observatory. It includes questions about planets, famous physicists, gravity and more. For example, kids are asked about the type of box in which Marie Curie’s papers are kept. The answer – a lead-lined box to protect against the radiation the notebooks still emit – not only informs about radioactivity but also illustrates the sacrifices made by early researchers in their pursuit of knowledge. 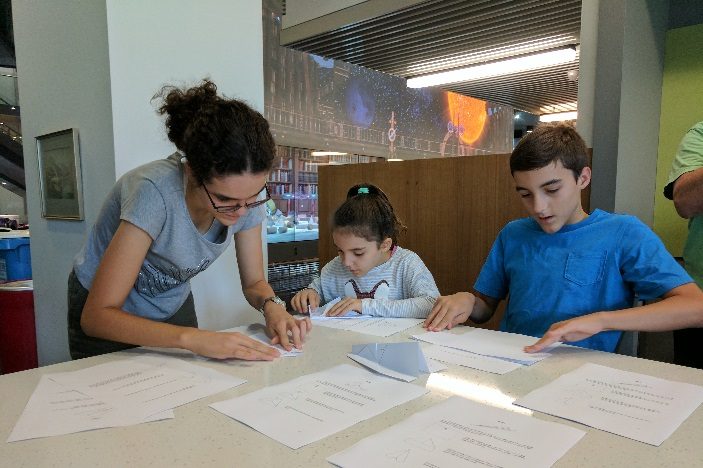 If you can drag your eyes away from the observatory, there is an array of other hands-on options. The observatory taps into the mysteries of the universe, but these other activities highlight the physics of everyday pursuits, such as making a paper plane. There are several designs to choose from, provided by Boeing and QUT Science and Engineering. Kids can pick the design they think will go the fastest or travel the furthest and test it against planes made by their friends, siblings or parents. The kids who were lucky enough to join a sneak preview of the holiday program took to this task with concentration as they chose designs and folded their planes, followed by great glee during the testing period as planes whizzed (and occasionally plummeted) through The Cube.

The ball runs weren’t set up during our preview, but it sounds like a great activity. Kids will use everyday objects such as tubes to create ball runs, then test how quickly the balls will travel down different runs. But all of these fun activities can make for a big day. If you need some downtime in between frenetic ball runs, gravity changes and the swooping of paper planes, there are rooms set up with science videos from children’s film festival Little Big Shots and MinutePhysics, which explains physics concepts in one minute using animation. For example, space exists in three dimensions, so why do so many space phenomena like solar systems, planetary rings, etc. tend to be flat? The short timeframe should keep the attention of even the younger children, though some of the concepts may be a bit beyond them.

The beauty of all of these activities is that you can build on them once you’re back home. Use the knowledge gained to make your own paper planes, ball runs and track down physics animations online to keep nurturing your kids’ interest. A two-storey digital observatory isn’t exactly an at-home activity, but discussions about stars and planets certainly are.

Why you should visit Physics Observatory at QUT The Cube 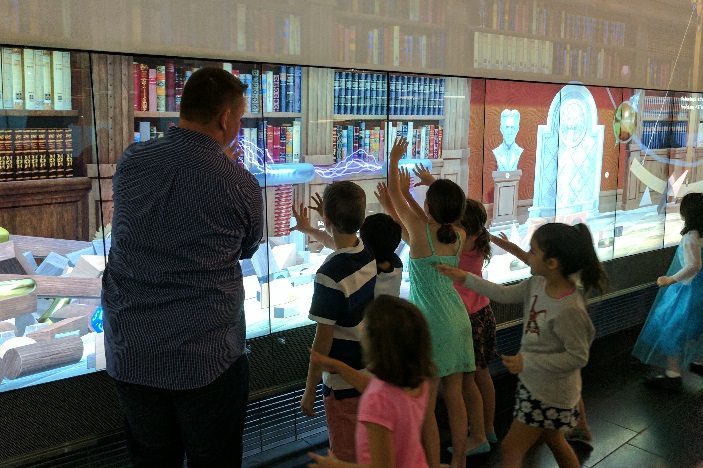 Physics Observatory is fun, free, educational and you can drop in at any time the Cube is open, making it a perfect January activity. The launch, which will feature even more activities such as science shows, hula hooping, 3D spaceflight sim and physics demos, is on Saturday January 7. My observation was that even if you can’t make it to the launch, there are plenty of activities on offer. The interactive nature of the program ensures kids will want to engage and learn. The Cube is located next to the City Botanic Gardens, so you could make a day of it with a visit to the playgrounds before or after.

The Physics Observatory Summer Holiday Program runs from 6 – 15 January and is open from 10am until 4pm. To find out more, please visit http://www.thecube.qut.edu.au/cube-screens/2016/physics-observatory.php