Pengana Playground is a fantastic park on the corner of Beenleigh Road and Woff streets in Sunnybank.  It’s technically located at the eastern end of the sprawling Les Atkinson park but is separated from the main Les Atkinson park facilities by some distance.

Pengana playground is a popular destination – a major drawcard are the monorail bikes which have survived a playground makeover.  There are 3 double bikes fixed on a large track that passes under the trees. This park also has a climbing play structure with a number of rope and net options, stepping stones, tunnels and a wavy side.  Brisbane kids of all ages will find a swing that suits them with a basket swing, traditional u shaped swing and a toddler swing available.  There’s also a see saw and the playground area is edged by large sandstone blocks that both serve as seating for watching parents and work with the partial fencing to slow any smaller Brisbane Kids if they show interest in the busy roads around the playground space.

At the northern end of the playground is a wooden bridge through trees over a creek and this leads to an open space and a small skate park suited to beginners and younger Brisbane kids who might be learning to scoot, skate and ride.

Pengana Playground covers a large area with established trees and nearby forested creeks.  The monorail is a major factor for kids and it invites the riders to work together or race one another.  Brisbane kids can be seen pretending that they’re running a rail line or engaging in a bike race.  The playground structure has multiple opportunities for children to balance and climb and they can choose a strategy that suits their abilities to reach the slide down from the highest platform. There is a large clock face and giant abacus balls that entice Brisbane Kids to manipulate and engage with the play space.

Pengana playground is a popular spot for birthday parties and larger gatherings due to the covered table areas, several barbecues and toilet facilities as well as play areas that suit many children of different ages.  It is a popular space so if a park party or family gathering is something you are looking at, then delegate someone to get there early to reserve a spot.

Pengana Playground is situated at the Eastern end of Les Atkinson park, but separated from the main larger park and pond area by a few hundred metres.  Pengana Playground has ample car parks along Woff Street including designated disabled parking and it has paths leading to the sheltered tables, barbecues and toilets. There are three toilets, one with wheelchair access. The playground has a wood chip base and is primarily focussed on the climbing structure and monorail so unfortunately it’s not designed for wheelchair access. 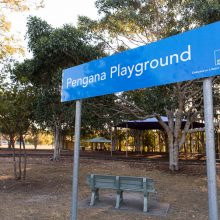 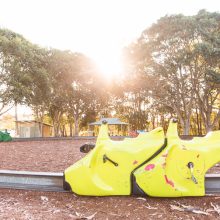 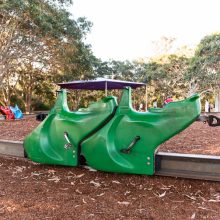 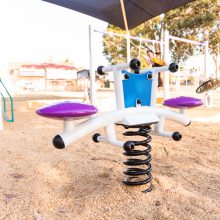 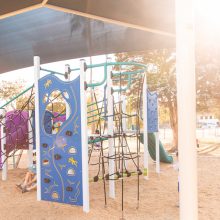 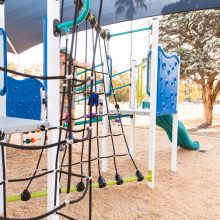 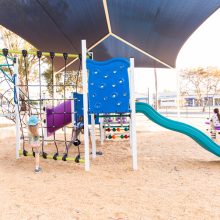 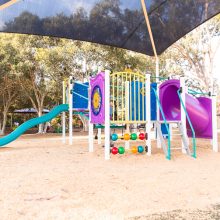 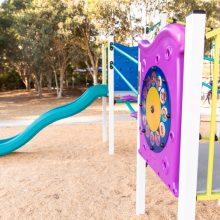 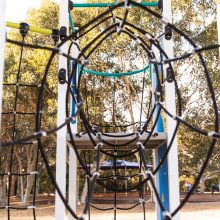 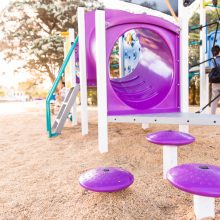 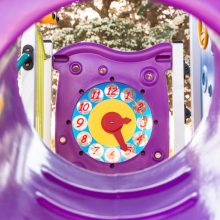 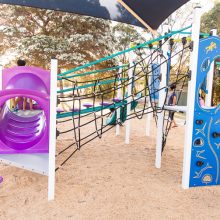 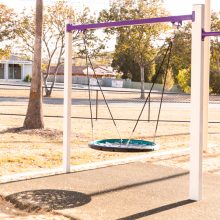 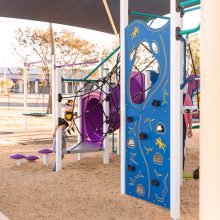 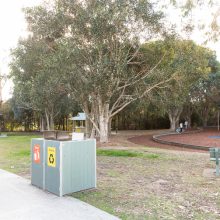 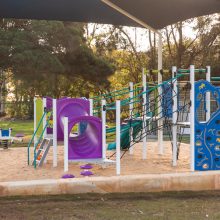 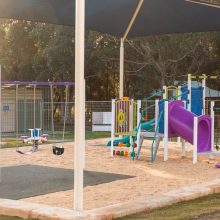 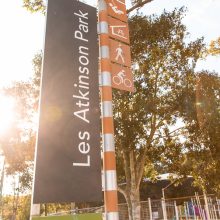 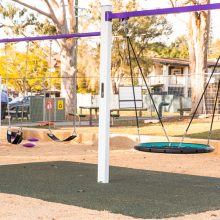 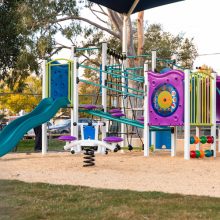 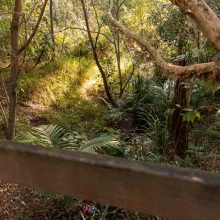 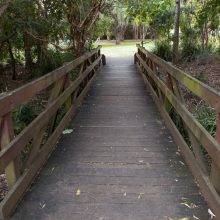 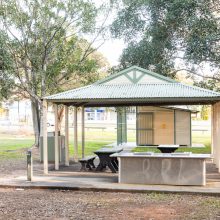 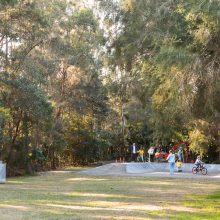