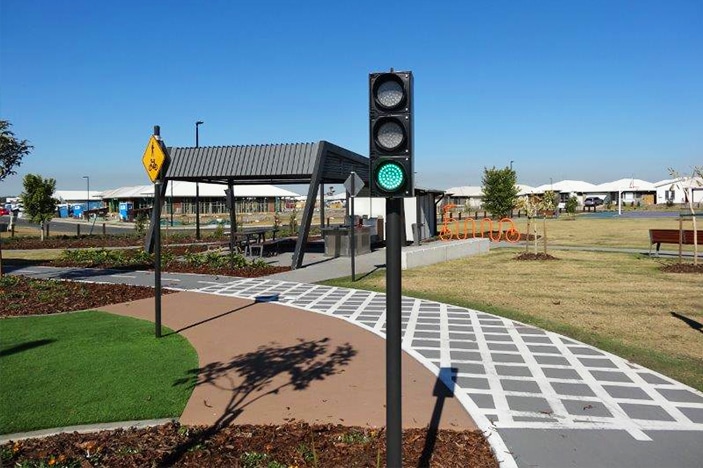 Fun awaits. There are so many unique pieces here, you won’t know where to start!

Going all the way to Caloundra for a park may seem a bit farfetched for most Brisbane dwellers, however this park is simply amazing. It is a great detour on the way to one of the beautiful beaches or any of the fantastic attractions on the Sunshine Coast.  As you approach this amazing park you’ll see the giant tower in the distance.

Aptly named, Pedal Park is a fantastic playground surrounded by an authentic bike track and has a distinct bike theme. The track has a tunnel, speed bumps, bridge, genuine road signage and REAL traffic lights. While the traffic lights are on a timer, they change from red to green regularly. It’s quite novel. Popular among young riders is the hilly section, they loop around to go again and again. 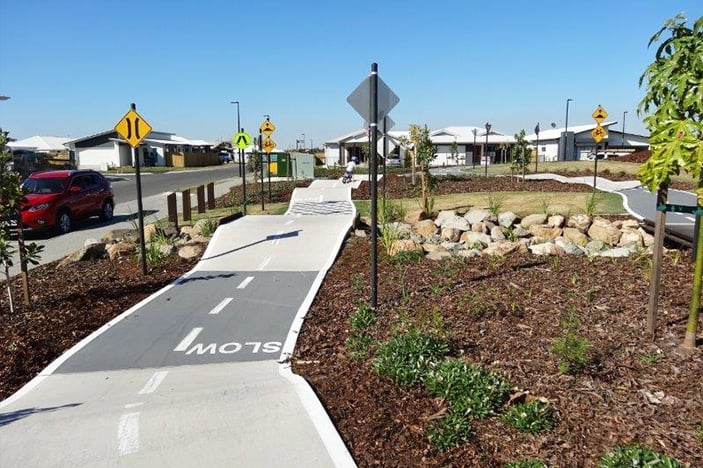 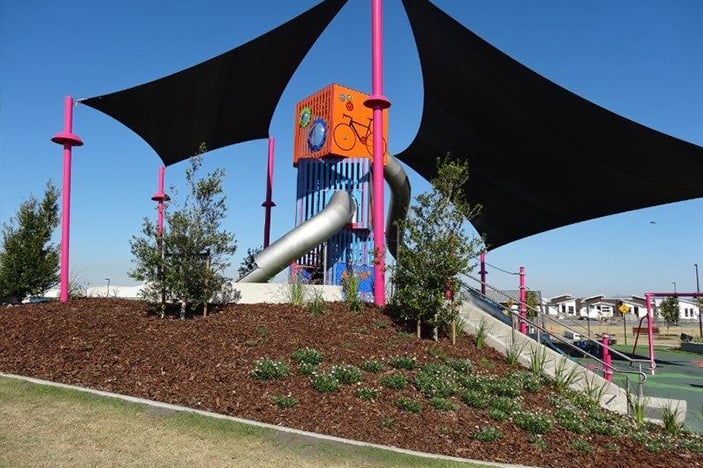 In the centre of the playground is the bike tower, home to two very large, super slippery, metal tunnel slides. The larger being quite the heart starter. To get to the top of the tower there are three levels, each is a maze of ropes and matting to scale. The gaps are quite large, so preschool aged children cannot scale it without assistance. Quite a number of preschool aged children get assistance and fly down the slides.

Back down on ground level the play area is partially shaded with a soft fall base. There is a spring loaded see-saw, two swings (one is a toddler, the other is a standard), a climbing wall and another smaller, fast metal slide. A large open green space for ball games sits between the play area and a full-sized basketball court. 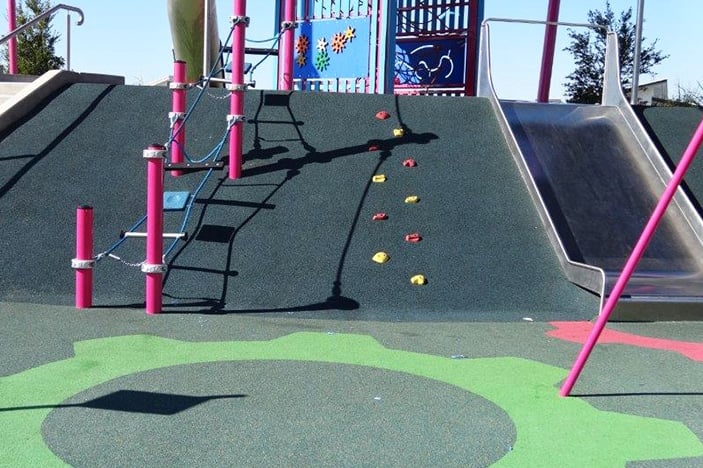 There are two shelters with table and chairs, one BBQ, bathrooms and water bubblers. As the park is only new, there are plenty of trees planted, but they are yet to mature so shade is scarce. The bathrooms are next to the BBQ.

Climbing up into the bike tower it feels like you’re entering an exciting bike workshop just for kids. There’s moving cogs, bicycle prints on the walls as they climb through the rope maze of each level. Each level has its vantage point too, it feels a bit like a cubby house with a great view of the play area, playing spies, and watching everyone below. 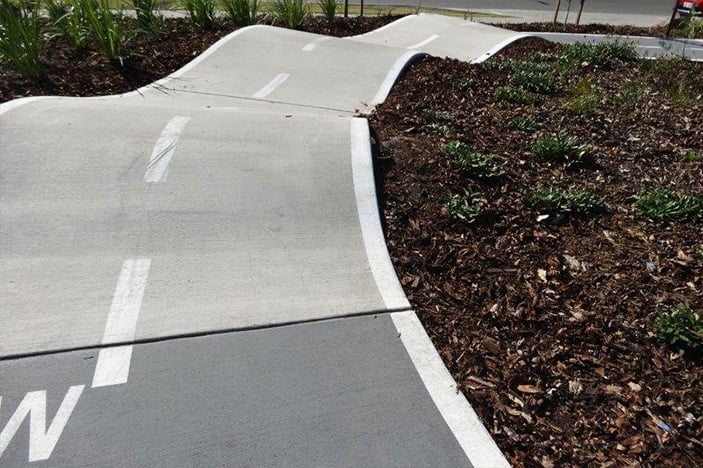 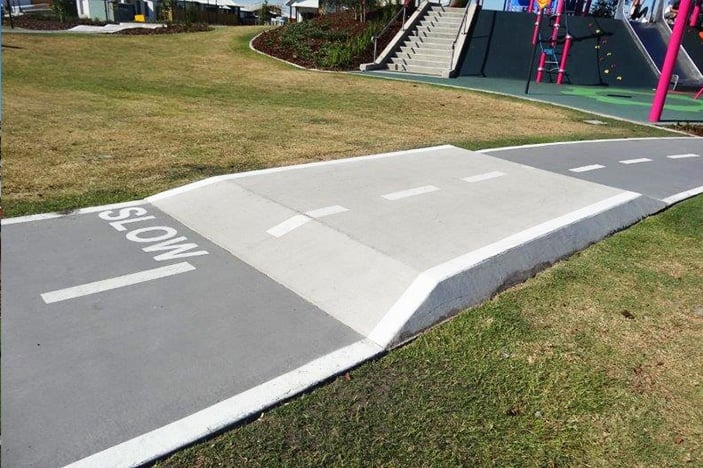 The park is surrounded by streets and it is unfenced, although there is a bit of green space between the play equipment and the roads. For parents with multiple children, there is no one spot that you can see the whole bicycle track from, however most of the play area is contained in one spot, making it easier to supervise.

Parking is on street, and being that all sides are roads that’s not a problem. However, the residential estate it’s in is still being constructed, once housing is complete that may change. 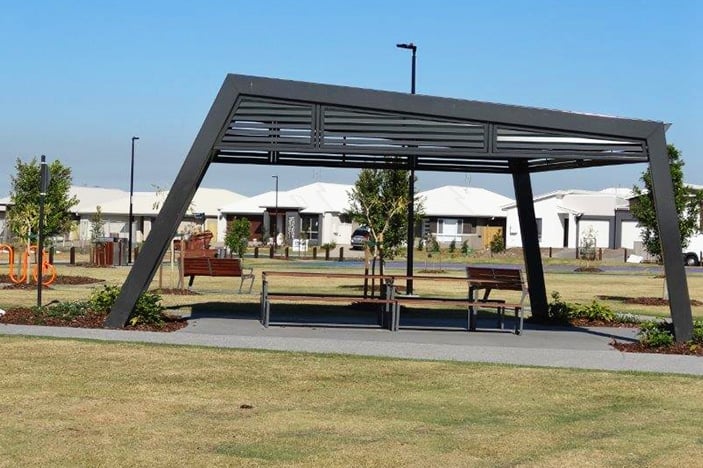 Now a tip, to get the kids away from that playground will take effort. Drive (or walk) one kilometre down Baringa Drive to the intersection with Lukin Terrace to the Aura Sales Office.  I swear you’ll find the best slides we’ve ever seen at Treehouse Park.  Otherwise check out the Queensland Air Museum at 7 Pathfinder Drive Caloundra West or simply head down to one of Caloundra’s perfect beaches for a swim and an ice-cream.

Pedal Park is located on Steiner Crescent, at the intersection with Marybell Drive. 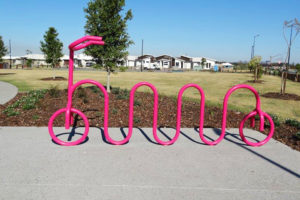 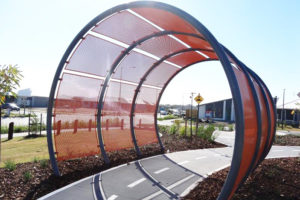 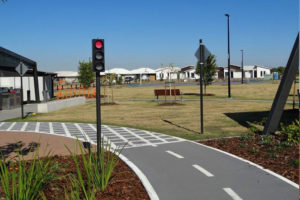 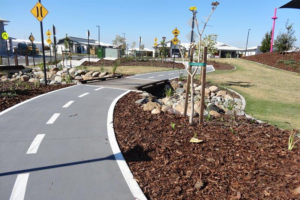 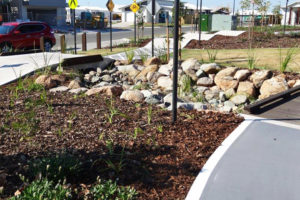 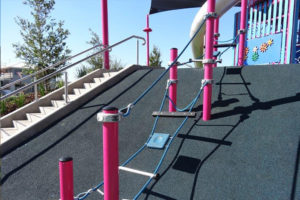