By now you’ve probably heard about the British Mum who sent an invoice home in the backpack of  five-year-old Alex Nash; a friend of her son who was a no-show at his recent birthday party.  The £15.95 invoice (roughly $30AUD) was a bill for out-of-pocket expenses, since Alex’s parents had previously confirmed that he was coming to the party. It turned out that Alex decided at the last minute that he’d rather spend the day with his grandparents, who he would miss over Christmas, but Alex’s parents didn’t contact the birthday boy’s parents to let them know. When the invoice arrived, Alex’s Dad thought it was a joke. Soon, however, it became clear that the invoice was serious, and when the family declined to pay things escalated, with the angry birthday boy’s Mum threatening to sue Alex’s parents for the money. You can read the full facebook conversation between the two Mum’s here. 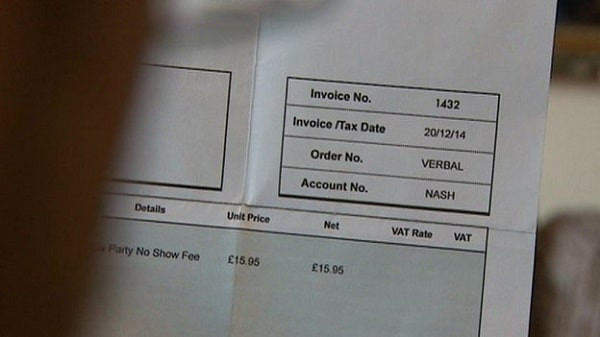 To be clear, there was no mention of expenses on the invitation, and certainly no fee for attendance or cancellations. Furthermore, the invoice was delivered at school to the five year old Alex via his teacher, which is in clear violation of school policy. There was no effort to settle things amicably, and Alex now says he feels ostracised at school, as his friend will no longer play with him. While Alex’s Mum is clearly out of line, the issue does hit home for the many parents who face not-inconsiderable costs for ever more impressive birthday parties. Not only can it be difficult to come up with fun and fresh party ideas, but the cost of doing so can quickly escalate. If people don’t even bother to show up, then covering these expenses can become a bitter pill to swallow. Still, such alarming behaviour gives reason to examine the etiquette of childrens’ parties, with some basic tips that might have prevented such a party meltdown.

Tips to avoid being a party pooper

DO be upfront about any expense details. These should be clearly stated on the invitation along with any “optional extras”. For example, entrance fees, movie tickets and equipment hire are all fairly fundamental, whereas spending money for extra treats might be optional, depending on the situation.

DON’T let costs escalate. Sure, a fancy dress space-themed party complete with NASA-grade space food and a trip to the planetarium sounds like the best idea ever. That is, until you crunch the numbers. Bring it down a notch: would the kids be just as happy building space rockets out of cardboard boxes and staging their own moonlandings complete with DIY green alien facepaint and silver foil space hats? You bet.

DO be courteous and RSVP on time – and hang on to the invite so you have all the details handy. If you need to cancel, be sure to let the parents know in advance. If for some reason you can’t get hold of them, let a mutual friend know, so that they can at least pass on the message.

DON’T hold it against other parents for opting out, even if they don’t give you their reasons. As harsh as it seems, your child is the centre of your own universe, not theirs. Family time, personal matters and even finances might prevent attendance, so be mindful and respectful when your invitation is declined.

DO try to honour your commitment. No parent wants to see disappointment on their child’s face, especially on their big day. This might be your fifteenth birthday party weekend in a row, but unless you have a real reason to pull out,  just try to grin and bear it.

DON’T get your children involved in party politics. Better still, don’t get involved yourself. But if something does arise, sort it out adult-to-adult without mentioning it to the kids. The school playground can be a political and social minefield and you don’t want to add fuel to the fire.