New Years Eve Traditions from Around the World 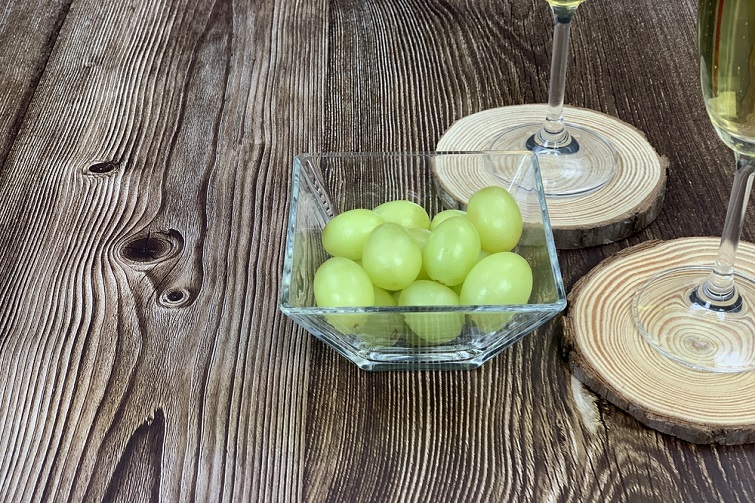 Most New Year’s Eve traditions we know about and partake in revolve around confetti, countdowns, ball drops, fireworks and smooches. Some celebrations, however, usher in the new year through peculiar traditions that date back centuries.

From breaking dishes in Denmark and hanging signs upside-down in China, to drinking ashes along with your champagne in Russia, all of the traditions on this list are about bringing good fortune and prosperity to the coming year. After all, the new year is about bidding farewell to the old and welcoming new possibilities into our lives. Some of the traditions you will learn about on this list might even inspire you to start a couple of your own family New Year’s Eve traditions that will carry forward for generations!

On New Year’s Eve each year, Colombians place three potatoes under their beds. One potato is peeled, one is half peeled and the last is unpeeled. When the clock strikes midnight everyone pulls out the potato they can first get their hands on and the belief goes that your financial future for the year is determined by the chosen one! Peeled supposedly means you will face financial problems, unpeeled suggests prosperity is in the books, and half-peeled is somewhere in between.

Bleigießen (Bly-geese in) is a traditional New Year’s Eve activity in Germany that involves melting lead in a spoon and pouring it into water. It is said that the shape the molten lead takes can potentially predict your next year! For instance, a gate supposedly means you will be changing your residence, and a spoon means people are talking about you. Yes, the shapes are vague, the meanings keep changing and the tradition seems to be on the decline because of the involvement of lead, but it’s a fun New Year’s Eve pastime to know about at the very least!

In Russia there’s a New Year’s Eve tradition that encourages taking your new year wishes very seriously and in doing so, internalize them – quite literally! The tradition in question is that of writing your wishes down on a small piece of paper, burning it using a candle and downing the ashes along with your champagne. It is believed that doing this makes your wishes come true.

In Ireland there is a New Year’s Eve superstition that has truly stood the test of time. It involves banging Christmas bread onto the doors and walls of the family home. It is believed that by doing this you are able to chase away the bad luck and instead invite good spirits in before the start of the new year.

In Denmark, broken glass signifies good luck which is why you will find people smashing their unused and broken glassware on New Year’s Eve. Broken glass is left on friends’ doorsteps to bring them good fortune. It’s fun to see how much broken glass you can collect because it shows you how much your friends care for you!

During the end of the year, the Japanese make kagami-mochi or “mirror rice cakes” to display inside the house to protect the house from burning in the year to come. They are made by stacking a bitter orange with a leaf still attached on top of a small rice cake kept on top of a larger rice cake. Many people opt for plastic replicas instead of making the real ones and display them until the 7th of January. That is the day that the new year deity is believed to depart from their visit.

On New Years Eve many Brazilians dress in white to bring good luck and peace for the year that is to come. After watching the fireworks at midnight they head to the beach to make their new year wishes come true. The tradition calls people to jump over 7 waves and throw flowers into the sea while making their wishes. Some even light candles and bury them in the sand in the hopes that the goddess of the sea will grant them their wishes for the coming year.

The Romanian New Year’s Eve tradition of “Ursul” has people dressing in bear costumes and sometimes real bearskins and dancing to ward off evil spirits. The dance is usually accompanied by the music of drums and is done to celebrate and welcome the new year. It is said to have originated from a pagan ritual more than 2,000 years old.

Argentinians believe that wearing a brand new pair of pink underwear on the 31st of December can attract love in the new year. Argentina isn’t the only country that takes the colour of underwear seriously either! In Brazil, it’s believed that orange underwear brings success in the coming year, and in Italy, red is meant to invoke love.

The Chinese New Year date changes each year but always falls between January 21 and February 20 and is determined by the Chinese lunar calendar. New Year’s Eve traditions usually involve decorations in the colour red because it is said to be auspicious. One such tradition is the pasting of inverted big red paper diamonds with the Chinese character 福 (foo) on them on doors. Fu means ‘good fortune’ so pasting it upside down implies that they wish good fortune would pour out onto them.

At the stroke of midnight on New Year’s Eve, every Spaniard you can find will be busy shoving twelve grapes into their mouth for good luck in the coming year. Each of the twelve grapes is said to represent a month of the year and managing to eat them all within 12 seconds after midnight is considered good luck!

Ecuador celebrates the passing of a year by burning effigies representing that year on the streets. The New Year’s Eve tradition involves bringing statues or scarecrow-like figures resembling politicians, pop culture icons and other characters to the streets and torching them for good luck. Some even jump over the flames 12 times (once for each month of the coming year, of course) for good measure. The tradition is said to date back to 1895 when the yellow fever epidemic caused the people of Guayaquil to pack coffins with clothes of the deceased and set them aflame. The act was a purification rite more than anything, but today figures are burned with a more lighthearted intention.

Obviously, we haven’t included every single country or every single tradition so we would love to hear about yours if it is not on this list- just comment below and we will add it to the article. Happy New Year!