The Myer Christmas Parade and Pantomime 2015 | The Review 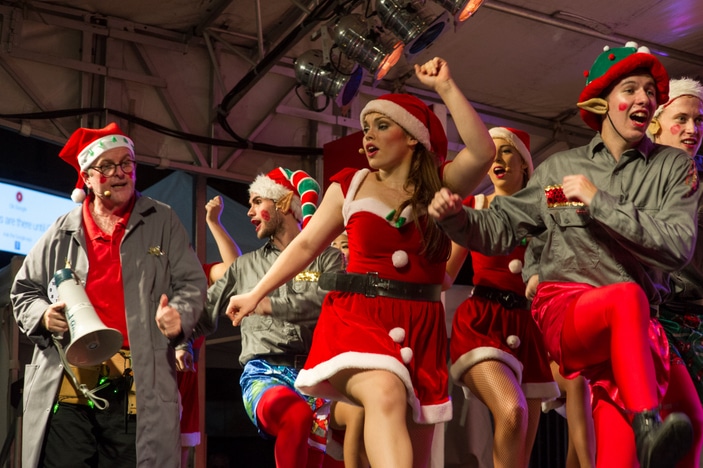 This year’s Myer Christmas Parade and Pantomime is packed full of fun for all the family to get everyone in the Christmas spirit!

The parade starts at the Edward Street end of Queen Street Mall at 6.30pm, and passes the throngs of Christmas shoppers as it heads up the mall to King George Square. As well as wonderful singers, dancers and large inflatables, the parade this year features ‘The Twelve Days of Christmas’. Watch in amazement as everything passes by; from the partridge in the pear tree to the twelve drummers drumming. There are even live animals, with Mary on a donkey, the shepherds with their sheep and the three kings on camels! Then keep your eyes peeled at the end for the train bearing Santa’s elves, followed closely behind by Santa and his reindeer! 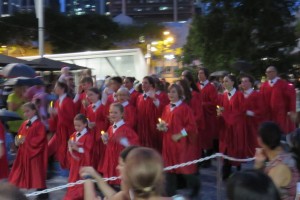 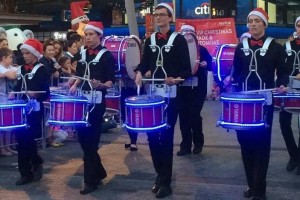 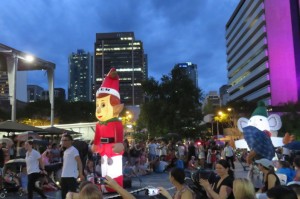 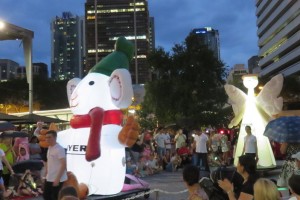 The parade ends at the stage in King George Square, where the nightly pantomime takes place. Everyone will be drawn into the action as Mrs Claus and her helpers try to stop the evil pirate king and ice queen from switching Santa’s dinner to give him a sleeping potion and make him miss Christmas! The kids will be booing and cheering and there are plenty of laughs for the adults too. 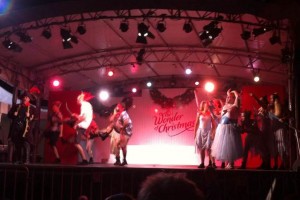 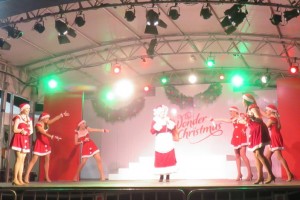 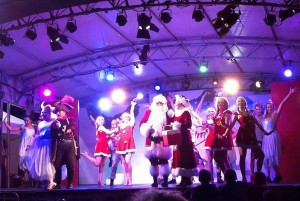 Following the pantomime, the Gold Lotto City Hall Light Spectacular (from 7:30pm daily until Christmas Eve) projected onto Brisbane City Hall is truly mesmerising. This year’s theme is all about being trapped in lolly land. Set to music and with an amazing, colourful moving image display, it is a spectacular end to a very exciting night of festive fun! 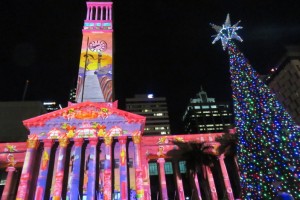 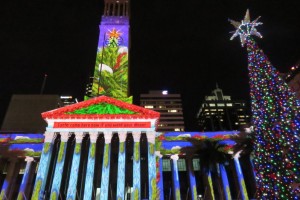 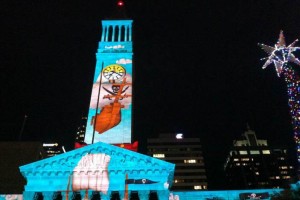 To find out more about the Myer Christmas Parade and Pantomime, as well as all of the other events in the Brisbane CBD and at South Bank for Christmas this year, please check out brisbanekids.com.au/christmas-in-brisbane-city-for-families/. Be sure to also take a look at the Brisbane Kids Instagram account for some videos of this magical event.