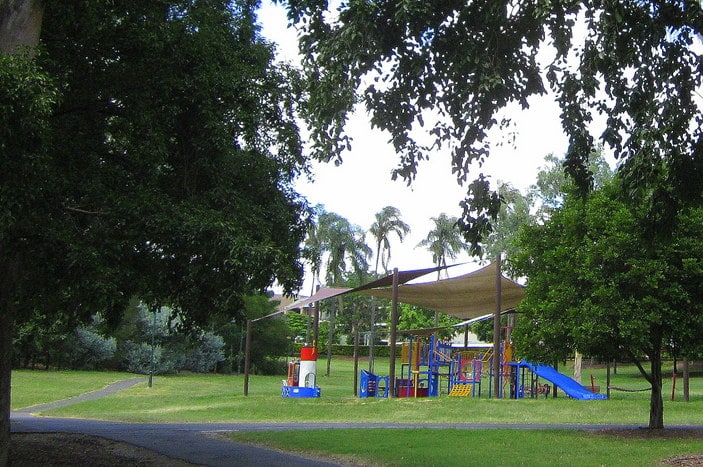 Located right on the Brisbane River at East Brisbane is the shady oasis of Mowbray Park that contains nautical themed play equipment and lots of shade.

Mowbray Park has oodles of green space to run around on, but the main attraction is the playground with its two boats. The bigger ship, the Mowbray, has lots of ladders and bridges to climb, wheels to spin, two double slides at the back, and is perfect for older Brisbane kids who have energy to burn.

There is even a plank just begging to be jumped off! For young entrepreneurs, there is also a small shop set-up at the bow of the boat, with scales and cash registers. The smaller tugboat, Scruffy, is just the right size for toddlers to have their own at-sea adventures – complete with a bell to ring when it’s time to sail. Rounding out the playground are two swing sets, one with two baby swings and the other with a standard swing and disabled swing, plus a rope hammock and three ocean-themed bouncy rockers. The whole area is shaded with sails and is on a softfall base.

Kids of all ages will have plenty of fun imagining they are on the high seas at Mowbray Park – whether they are pirates, adventurers or even a tugboat captain guiding big ships into port. When it’s time to disembark on dry land, there are plenty of big trees around the park that make the perfect setting for an enchanted forest.

There are toilets, including a disabled toilet with baby change table right next to the playground; however, there is no pathway – just grass. There are a number of other bike/walking paths around the park which lead to the carpark (with two disabled spaces), picnic tables and Mowbray Park Citycat terminal. The playground is shaded with shade sails while much of the rest of the park, including most of the picnic tables, is shaded by large trees.

There are electric barbecues near the tables. The playground is unfenced but is set back from the carpark and the river.

Another great nearby Brisbane Playground is Captain Burke Park at Kangaroo Point, or New Farm Park across the river via CityCat. 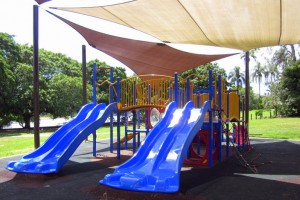 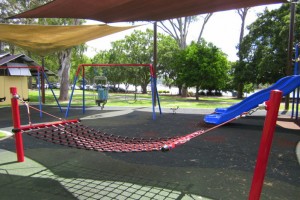 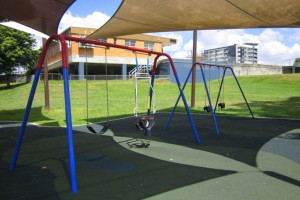 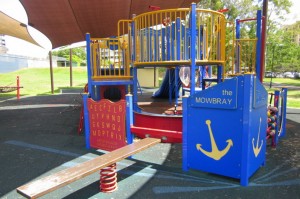 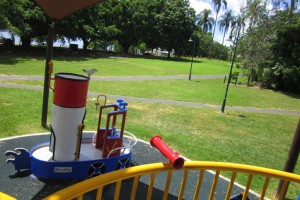 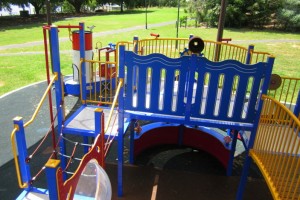 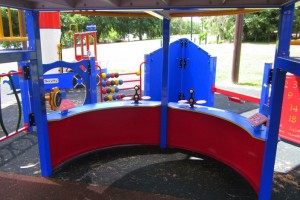 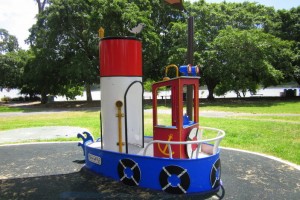 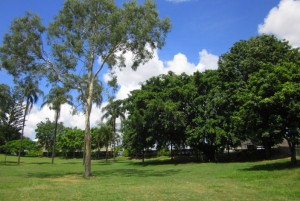