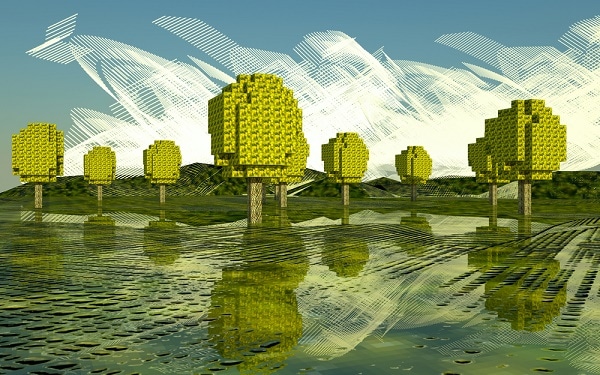 Does it sometimes seem like Minecraft is a different language? This list of basic Minecraft concepts and elements will keep you up-to-date with any Minecraft dinner table conversation.

While all the terms below relate to Survival Mode, in Peaceful Mode a player only needs to craft and mine as there are no threats and in Creative mode, a player is provided with everything and simply builds.

Health – When a player sustains damage they lose health (life points). When health is zero, they die and must re-spawn. Life points are replenished by keeping the hunger bar filled.

Inventory – Pop-up menu which manages items a player carries. From the inventory a player can access armour, tools, blocks and a crafting grid. The player’s skin is also shown there.

Shelter – Somewhere to spend the night. Initially something simple like a dirt hut.

Night time – After dark, when hostile mobs emerge. Shelter is necessary for protection.

Hunger – Food is required to survive. Food fills the hunger bar and is intially meat from passive mobs

Skin – Texture of the player model or character. A skin is the character’s appearance, like a tennis outfit. Most players like to customise their skin by creating a new one or using one someone else has made.

Things of Stone and Wood

Dirt – Covers the majority of the world. Found in abundance and easy to dig up, making it a good first choice for building a first shelter.

Wood – First thing a new player finds by breaking a tree block. Wood is the base for many important tools needed to survive.

Basic Tools – First tools are an axe, a pickaxe and a sword. These are made from wood.

Stone – Mined with a pickaxe, stone under the dirt allows for building a furnace and upgrading your old wooden tools to stone tools.

Coal – Generally found underground. Important for fuelling fire and a main ingredient in crafting a torch.

Hostile mobs – sometimes called monsters. There are 14 types. Here are the main ones:

Sandy Fussell is an IT Consultant and an award-winning author of books for young people. You can find her at www.sandyfussell.com and www.samuraikids.com. She is a Minecraft mum who has had her own Minecraft account for many years. She has also taken the time to write us a parents complete guide to Minecraft.