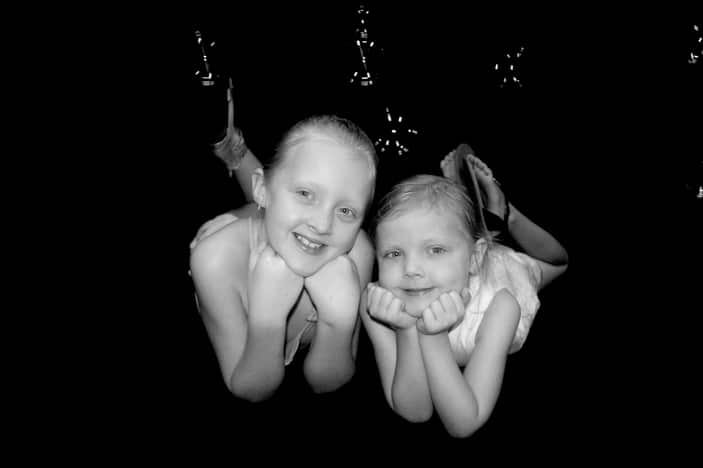 My daughter Kiah aged 5, developed a chronic wet cough at the age of 6 months old. We took her to see numerous Doctor’s and Pediatrician’s who diagnosed her with “reactive airways disease”, as she was too young to be diagnosed with Asthma. During the first 2 years of her life she also suffered severe ear infections and we were told during an appointment at the Children’s Hospital that the fluid from her ears was draining to her chest causing her to have the chronic cough (it wasn’t till recently we were told that this was definitely not the case). She had grommets inserted and had her adenoids removed which helped considerably with the ear infections but the cough remained.

Over time she was subjected to nasal testing, chest x-rays and blood tests (including allergy tests) all of which showed no results. We were prescribed Ventolin and a preventative (flixotide) as well as the usual antibiotics along with the phrase “This virus is going around at the moment”. Unfortunately these did absolutely nothing to ease the cough. She’d cough ALL through the night, every night for as long as I can remember. If she laughed or cried, ran or was active in any way she would end up having a coughing fit.

We tried alternative therapies e.g. salt rooms and they did improve her cough to a degree but it was never gone, it always returned.

We were again referred to a respiratory pediatrician who diagnosed Kiah with “Protracted Bacterial Bronchitis”. We followed the prescribed 6 week treatment course and within a week of ceasing treatment the cough returned. I was so down. I thought we had the answer and we had finally “cured” my baby.

I was still not satisfied with the previous diagnosis or treatments (we had been searching for answers for 5 years) as the symptoms continued, so off I went again to see another specialist. This doctor decided to send us for a sweat test.

My baby has Cystic Fibrosis (CF).

I was absolutely devastated. My mind was a whirlwind of questions. “What does this mean?” “How was this missed?” “What do we do now?” “How can I fix my baby?”

Within 4 days of our diagnosis we were admitted to hospital. Kiah had developed a very bad bacteria in her lungs. They are trying to eradicate the bacteria but they cannot guarantee that they can. She required a picc line to be inserted, IV antibiotics, blood and prick tests, CT scan as well at numerous poking and prodding. She was the bravest little girl and her strength blew me away. 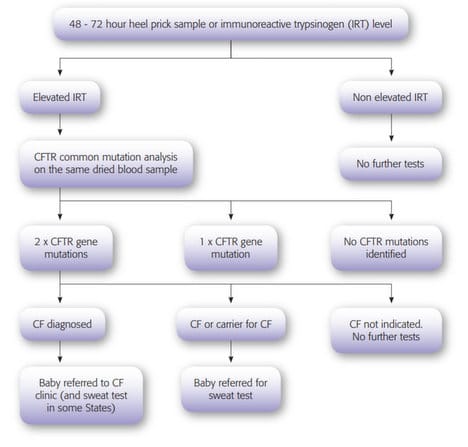 I have since asked many questions about how this was missed, especially given the fact that they do heel prick tests on newborns for CF.

I have been on a very steep learning curve over the last few months.

A few things that I have learnt about Cystic Fibrosis 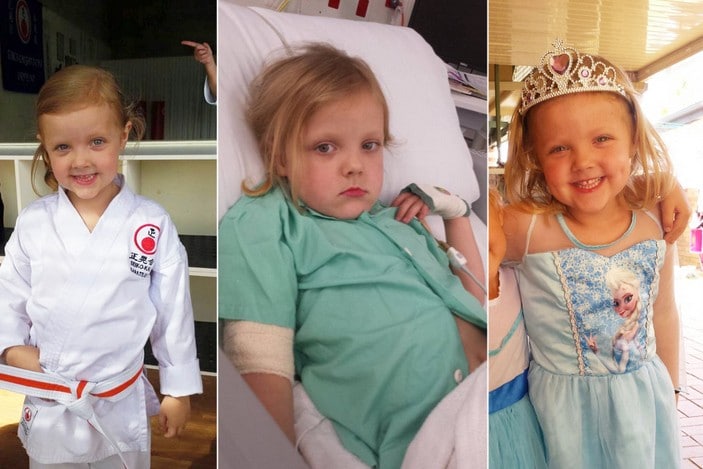 Our lives are forever changed

Kiah now needs to do physio everyday for the rest of her life. She is required to complete 2 lots of Hypertonic treatment, percussions/patting, as well as cardio activity. This is also in conjunction with regular clinic appointments.

I have to admit, the one thing I really hate when talking to Doctors is when they say “when she’s admitted again”. I wish it was an “if”, but I also have to be realistic and know that this isn’t just a passing illness. This disease is with her for her lifetime and we need to try and keep her as healthy as we can as infections cause irreparable damage to someone living with CF.

We are currently very fortunate that Kiah is pancreatic sufficient. In most numerous amounts of tablets are needed to be taken everyday, to ensure the body absorbs the nutrients from food.

Unfortunately, they can not guarantee that Kiah will always be pancreatic sufficient. It’s something that needs to be continually monitored.

The Cystic Fibrosis Foundation QLD (CFQ) and Australia (CFA) are a phenomenal source of help for people/families living with this disease. They offer SO much support and assistance, and my family feel incredibly grateful to have such a fantastic foundation that we can turn to. Unfortunately though, the foundation relies very heavily on public donations due to funding cuts by the previous government.

You often hear of foundations that ask for donations, but you never see where the money goes. CFQ and CFA really do give back to the families and people living with Cystic Fibrosis. Due to the disease having no cure, the foundation supports those with CF throughout their lifetime.

You can visit the following sites for more information regarding Cystic Fibrosis:

And, if you are able to donate, please do.

Organ donation is a topic that some people find really hard to talk and sometimes even think about, but it is a very important issue that needs to be discussed.

One organ and tissue donor can transform the lives of 10 or more people. Many people living with Cystic Fibrosis will require a lung transplant at sometime in their life. For some sufferers it is sooner rather than later, which was the case with Coen Ashton ( www.coenashton.com.au/site/home ) who received a double lung transplant at the age of 15.

Please consider the importance of organ donation, and for more information you can visit www.donatelife.gov.au.

It is also very important that your family are made aware of your choices regarding organ donation.

You can continue to follow Kiah’s journey at www.facebook.com/kiahjaede.