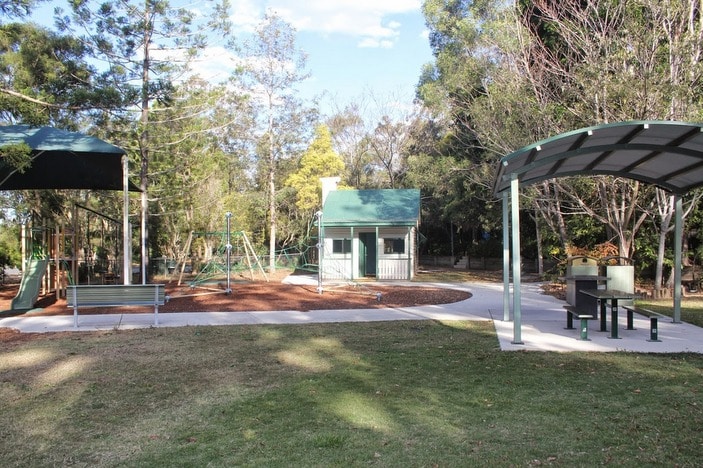 Kumbartcho Sanctuary at Eatons Hill is a beautiful community-managed forest reserve rich in native flora and fauna. Enjoy a day out with the family exploring the reserve, stopping for lunch and fun in the playground.

Saved from developers nearly 20 years ago, Kumbartcho is a community forest reserve located on over four hectares on the South Pine River. Deriving its name from the local Aboriginal word for Hoop Pine, Kumbartcho has a lot to offer.

The playground and the picnics The small playground is well equipped with climbing frame, swings, bouncy rockers and two platforms linked by a rope bridge with slide and climbing wall. There’s also a lovely colonial-style playhouse where older Brisbane kids can set-up shop. Within this area are picnic tables and barbecues where you can stop for lunch The Sanctuary is an important wildlife highway providing a safe place for wildlife to move from the state forest to the river. This rare pocket of untouched riparian rainforest has 6km of walking paths throughout the forest and along the river. Take your little adventurer on a walk along the paths through the Sanctuary searching for wildlife. Make a game of it by creating a nature scavenger hunt and see who can find all the items first.

With freshwater lagoons, streams, rainforest and open forest, there is plenty of opportunities for wildlife sightings. Keep a lookout as you wander through the sanctuary as Kumbartcho is home to freshwater turtles, frogs, lizards, snakes and many species of birds. An unexpected feature of the Kumbartcho sanctuary is a delightful little fairy garden which sits at the end of one of its smaller walking trail. A delight, especially to smaller children, it also offers a post box to send mail to the fairies. Kumbartcho connects to a river walk that will take you up and down South Pine River and also connects to Bunya Riverside. This popular swimming hole is on the other side of the river and has its own carpark that you can access by driving through Ferny Hills and onto Bunya. Run by volunteers, the affordable native plant nursery grows all their plants from local seeds. Each species of plants is labelled and highlighted with its likelihood to be bird or bee attracting and for its koala friendly qualities.

The paths from both carpark areas lead to the flat and accessible walking paths, playground, picnic table and the playhouse. Fenced on the external side and on both carpark areas, the playground base is chip bark and is partly shaded with a shade sail while large trees shade the rest of the park. There are sheltered picnic tables and barbecues that are open from dawn until dusk, as well as toilets. The 6km of walking paths throughout the sanctuary are either concrete, paved paths or wooden bridges and are suitable for wheelchair users.

Kumbartcho Sanctuary at a glance

Another great nearby Brisbane Playground is Frank Nichols Reserve at Warner, or George Willmore Park at Ferny Hills. 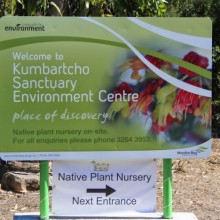 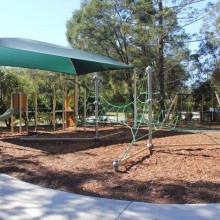 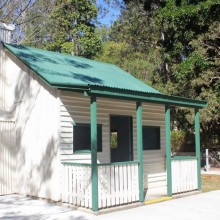 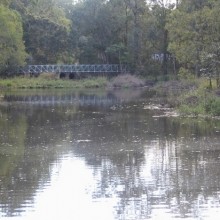 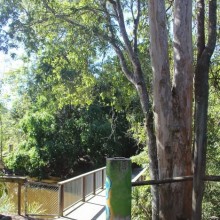 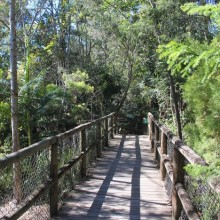 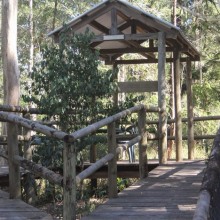 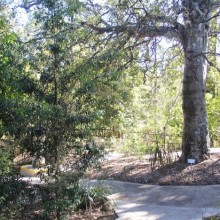 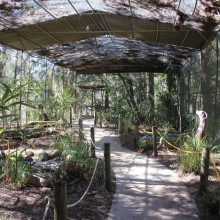