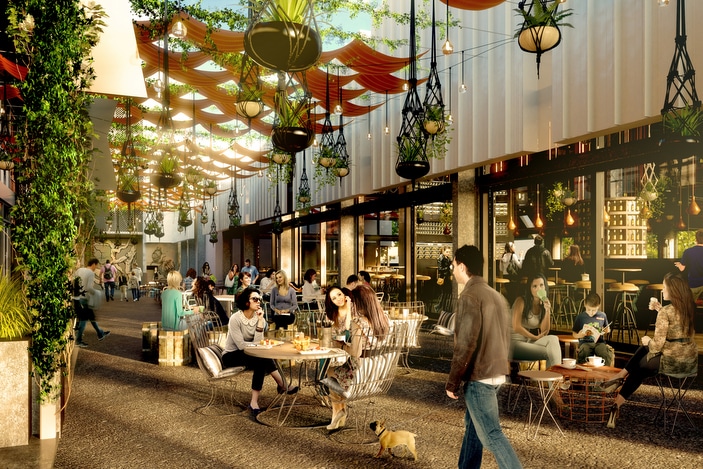 Strawberry sundaes, Ferris Wheel rides and the animal petting area are just some of the attractions that make Brisbane Kids (and their parents!) look forward to their annual visit to the Ekka. But Kings Co-op, a new project transforming King Street in Bowen Hills, is part of a $2.9 billion redevelopment that will see Brisbane Showgrounds become a year-round destination for Brisbane families.

King Street runs between Gregory Terrace and St Pauls Terrace and borders the Kids Carnival Area at the Ekka. It is also home to the Sugar Building and Dairy Industry Hall. Kings Co-op will revitalise these buildings, and rebuild the Royal Snack Bar, to house restaurants, studios for creative industries, and other amenities such as a proposed childcare centre. The site, which is 1.6km from the city centre, will include green space and a multistorey car park. Construction on Kings Co-op is slated to be complete by July 2017, in time for next year’s Ekka.

The Royal National Agricultural and Industrial Association of Queensland (RNA) is redeveloping the showgrounds in partnership with Lendlease.

“We are now in our sixth year of the regeneration project and each stage reflects our goals of transforming the Showgrounds into a year-round world-class destination and lifestyle precinct while importantly ensuring the Ekka remains here forever,” Mr Christou said.

“Kings Co-op will also importantly promote and encourage development of food produce, arts, culture and above all, community spirit – which is part of the RNA’s charter since 1875.” 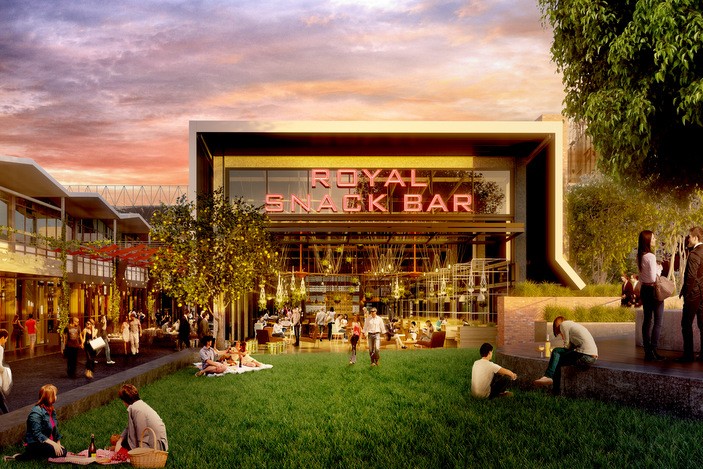 History of the Brisbane Showgrounds

Brisbane Showgrounds have been one of the city’s foremost gathering places since the first Ekka was staged in 1876. It was a huge success, with more than three-quarters of the population of Brisbane attending. In the 140 years since, almost 30 million people have passed through the gates of the Ekka, which allows city residents a taste of country life. The Ekka has only been cancelled twice in that time: in 1919 due to the Spanish influenza epidemic and in 1942 when the grounds were being used as a staging depot for World War II troops.

While the Ekka remains the most iconic occasion held at the showgrounds, they have hosted numerous other events such as music festivals and sporting matches, including the Test debut of Sir Donald Bradman.

The future of the Ekka and King Street

Kings Co-op is the third stage of the 15-year redevelopment of Brisbane Showgrounds. The project aims to secure the financial future of the Ekka, allowing the RNA to upgrade facilities and continue staging the Ekka at its current location. Kings Co-op and the other stages of the redevelopment mean today’s youngest Ekka attendees will be able to create memories with their own Brisbane Kids at the showgrounds during the Ekka and year-round well into the future.