Little known, John Oxley Reserve delivers the opportunity to spend a day in the sun with your Brisbane Kids.

If you were looking to uncover a new picnic spot then this is the northside Brisbane Park for you. The best thing about this park though is it has a short 1.5km bush walk down to the North Pine River. The playground, while better suited to older Brisbane Kids, is still a lot of fun for toddlers. I would suggest bringing scooters or bikes and balls to take advantage of the paths and green space.

John Oxley Park spans 10 hectares of public park and nature reserve. The nature reserve features a specially made bush pathway leading to a boardwalk by the North Pine River. Historical and educative information is positioned at the start and right along the walk which although a little bumpy is accessible with a pram. The nature reserve is home to 242 bird species, 13 mammal species, 8 reptile species and 8 amphibian species. It contains several different ecosystems ranging from dry and wet eucalypt forest to salt marsh meadows and mangroves.

The playground is located under the shade of some beautiful big trees making it an easy choice on a warm day. This Brisbane Park features swings, slides, a fort, climbing nets and other play equipment on both a bark and sand base. It also has a baby swing.

Listen for birds, have them guess when they think they are entering a different type of ecosystem, sit still on one of the many seats provided and wait to see what kind of wildlife comes out, and look out for Koala poo on the ground as there could be one near-by up a tree. We also spotted a lot of gumtrees with claw marks in them from the Koala’s climbing them. Only downside is you will need to bring insect repellent or you will get eaten. Pack a picnic lunch and go check it out, you won’t be disappointed.

There are wheelchair-accessible toilets at John Oxley Reserve. There are accessible walking paths, though several areas of the paths are bumpy and would be hard to manage with a pram or wheelchair. The playground is unfenced. Carparking is available on site.

This park review was updated in 2013. 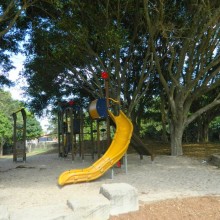 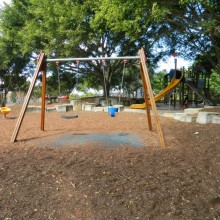 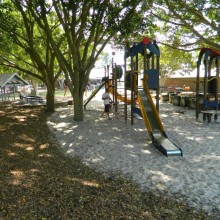 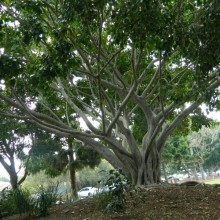 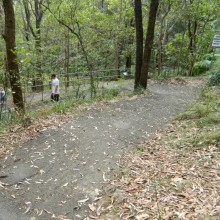 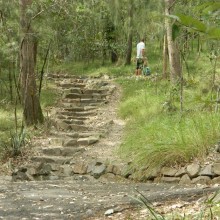 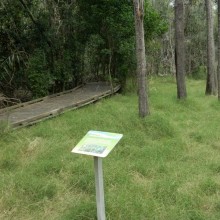