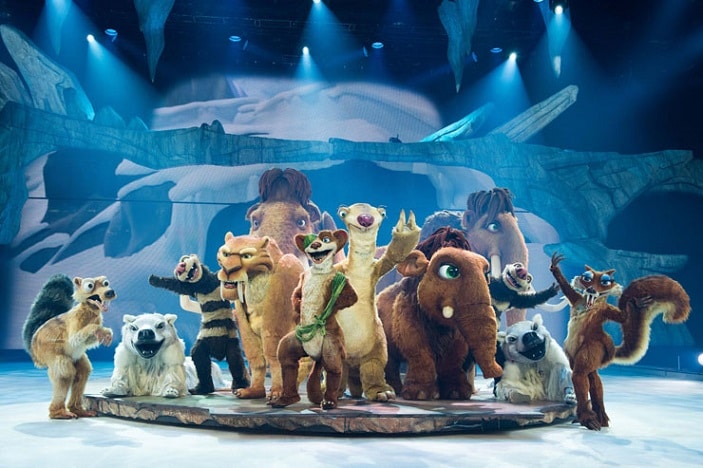 Skating into Brisbane for the first time ever and just in time to entertain the kids for the school holidays is Ice Age Live! A Mammoth Adventure.

Straight from the big screen and onto the ice at Boondall Entertainment Centre, Sid, Manny, Diego, Buck and of course Scrat will be joining all your other favourite characters from the Ice Age franchise in an ice skating spectacular never before seen in Australia. Directed by some of the biggest names in live entertainment, Ice Age Live! has delighted audiences of all ages over the past five years and has visited more than 30 countries around the world, and now its Brisbane turn to see the ultimate Ice Age experience.The arena spectacular combines ice skating with aerial arts, puppetry and film and is said to be the coolest event since the mammoths roamed the earth.

Ice Age Live! A Mammoth Adventure tells the adventures of a herd of Ice Age animals who all live together as one  big family. As the grassland decreases, Sid the sloth and Crash and Eddie, the possums, must venture onto the forbidden land where the grass is greener. However,  this territory is ruled by the evil bird Shadow who does not like to have visitors. As punishment, Shadow and his crew enter the herd’s camp at nightfall and kidnap Peaches, the baby mammoth, and the two possums. In order to save Peaches, Crash and Eddie,  Manny, Diego and Sid must embark on a wild journey, along with the help of their good friend Buck, and make their way through the Enchanted Garden to save Peaches and the Possums from Shadow and his evil friends.

This amazing show will take the whole family on the ultimate Ice Age adventure filled with fun, laughter, suspense and, of course, the Ice Age style humour we have all come to love in a show that is sure to entertain and delight Ice Age fans of all ages. 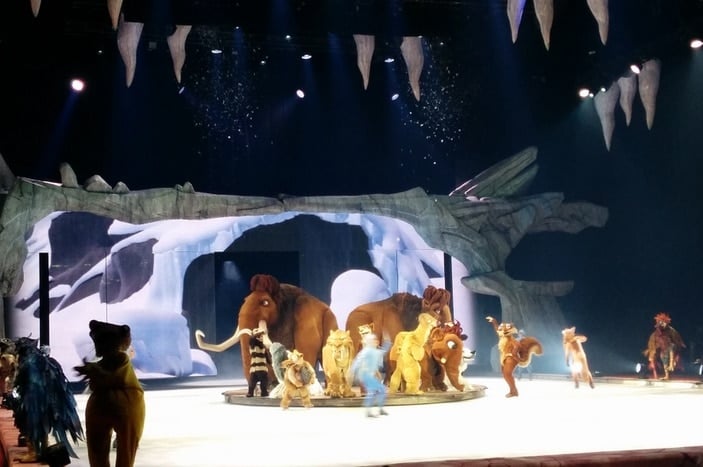 Having never experienced an ice show before, I wasn’t sure what to expect from a show like Ice Age Live: A Mammoth Adventure. From the very start I was impressed by the massive sets, which really made you feel like you were moving through the Ice Age along with the characters. As I got into the show, what stood out the most for me were the performers. The skill involved in skating and dancing in those costumes is awe-inspiring, and I couldn’t resist examining how they made it all work. Manny, Diego, Sid and the gang were 100% accurate when compared with their on-screen appearances, which is a huge plus for die-hard Ice Age fans! The kids LOVED being able to see the ‘real’ characters from the movies they’ve seen so many times, and the show totally won them over.

Ice Age Live: A Mammoth Adventure ran for 40 minutes before a 20 minute interval, and then continued for another 40 minutes after. As the show is tailored for younger children (I’d say 3 to 10 years), the length of the show was just right to hold their attention. There were several parts of the show that featured loud noises and multi-coloured flashing lights, so if your child is sensitive to these stimuli, then I would highly recommend considering where you choose your seats when purchasing tickets. Additionally, many of the performers move throughout the first couple of rows of seats surrounding the ice stage. For younger children, or those not confident with large characters in costume, this is another thing to consider when selecting your seats to ensure a happy experience. Regardless of the outdoor temperatures on the day, light jackets and covered legs and feet are definitely required to avoid getting cold in the audience (particularly if you are sitting closer to the ice stage).

You can check out a sneak peek of Ice Age Live: A Mammoth Adventure in the video below:

All shows are at the Brisbane Entertainment Centre, Melaleuca Drive, Boondall. 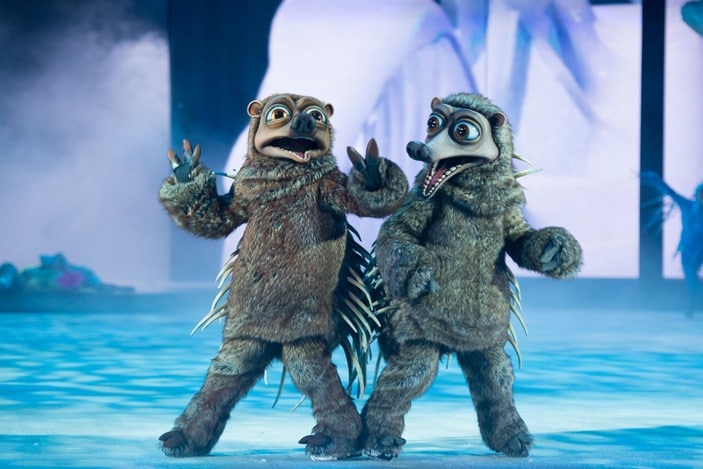 Tickets for Ice Age Live in Brisbane are on sale now!

Regardless of the size of the event, we have some great tips for Keeping Kids Safe in a Crowd and also some other great Upcoming Shows in Brisbane you can check out.