Huxtable Park, in the northern suburb of Chermside West, is a green space that your Brisbane Kids can explore for hours. There are two playgrounds, a rainforest walk, barbecues, a basketball half court, a meandering creek with ducks and a bike path which connects all these elements together.

Begin by parking your car near the playgrounds on Dundalli Street or Redbourne Street, Chermside West. The Dundalli Street playground has swings, a helicopter, small fort and spring toy. This playground is best suited to younger children. If you follow the walking path in an easterly direction, you will also find another set of swings and a slide. Close by to this playground is a basketball half court and a large green space for games that involve running!

Cross the bridge over the pretty creek, and you can walk to the Redbourne Street playground. This playground is best suited to older children, and features swings, a slide, and plenty of climbing opportunities. There are also barbecues located at this playground. Neither of the playgrounds have shade structures, but are partly shaded by the surrounding trees.

Huxtable Park is a leafy and natural oasis in the northern suburbs, and Brisbane Kids will feel like they are a million miles away from city life. There’s trees to climb, a creek to explore, and plenty of wildlife to spot, including some friendly ducks. There’s also a short rainforest walk that will undoubtedly spark some imaginative play, as your Brisbane Kids pretend to be explorers in the jungle! Look up and see if you can spot a possum in one of the possum boxes located in the park’s tall trees.

There is not a huge amount at Huxtable Park to accommodate those with special needs unfortunately. However, the bike paths are mostly flat and it makes for a very pleasant walk around the parklands. The paths are also popular with parents of babies and toddlers in prams, and there is plenty of wildlife for you to spot along the way, including water dragons and birds.

Another terrific park in Chermside West is the John Goss Reserve, also located on Maundrell Terrace. In the neighbouring suburb of Chermside, you will find the excellent Kidspace playground and the 7th Brigade Park and playground. You can also click here to view all the playgrounds we have reviewed in northern Brisbane. If there’s a great Brisbane playground that’s not on our list, please comment and let us know. 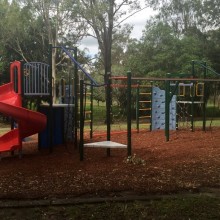 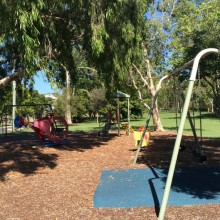 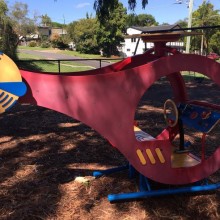 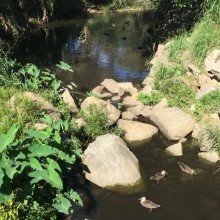 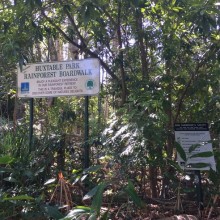 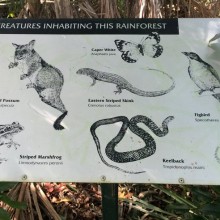 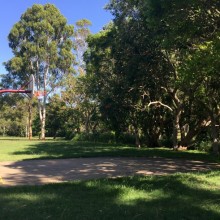 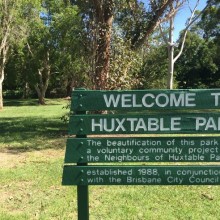 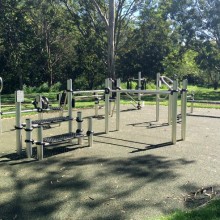 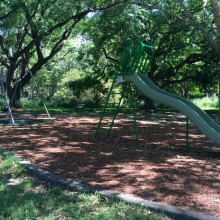 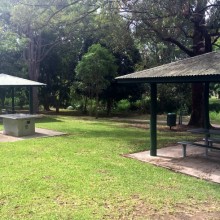 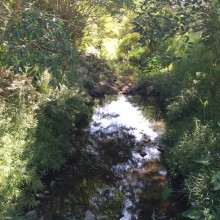