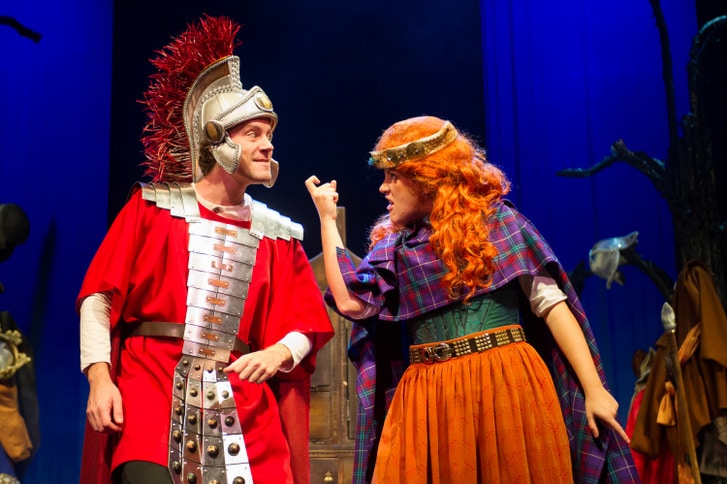 PLEASE NOTE THIS SHOW IS NO LONGER SHOWING IN BRISBANE.

Anyone with school-aged children into watching ABC 3 at the moment is guaranteed to know all about Horrible Histories. For those who haven’t heard about it though, it’s a look at the history of Britain that’s gross and disgusting, and kids LOVE IT!! It’s a history lesson presented in a way that kids (and many, many adults) enjoy immensely. With an 8 ½ year old, a 5 year old and a mum and dad all being fans of the show, our entire family was thrilled to get our hands on tickets to the live performance—Barmy Britain—at QPAC in Brisbane.

The gory side of British history

The Barmy Britain stage show explores some of the more quirky figures of British history in a fast-paced and highly interactive performance. Kids, mums, dads, grandparents—no one could resist joining in the laughter, clapping and singing as the energetic touring British cast members from the Birmingham Stage Company introduced us to Queen Boudicca, Richard the Lionheart, King Henry VIII, Queen Victoria, Guy Fawkes, Dick Turpin and many other ‘barmy’ British characters. With beheadings, murder and the Black Death, British history really is a bit gory, but the way in which Horrible Histories presents these facts is amazingly entertaining and our Brisbane Kids just couldn’t get enough! 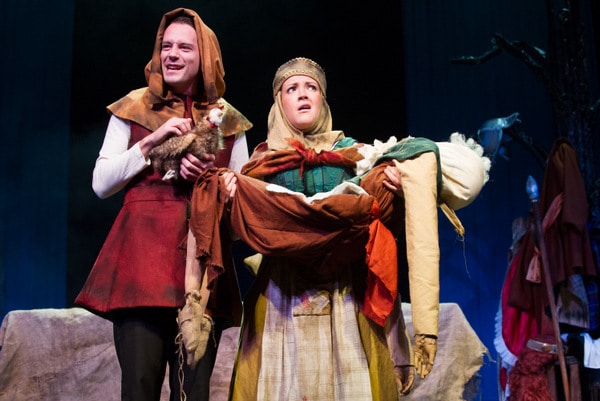 The second half of the Horrible Histories Barmy Britain live show implemented an incredible 3D element, dubbed ‘Bogglevision’. The audience was asked to don the supplied black glasses as a ‘disguise’, which worked together with the 3D backdrop and resulted in all sorts of objects flying at us and LOTS of squeals and laughter from the audience. With the incorporation of some clever props and very quick costume changes, the simple stage set up made for a great show. WARNING: Due to the nature of 3D, the Bogglevision part of the show does feel a bit more realistic and very young children may become scared. Our Miss 5 was perfectly fine, if slightly perturbed by some parts, but she realised it was all part of the show.

Horrible Histories Live was a very entertaining night out for the whole family. We saw older couples attending without kids and greatly enjoying themselves, so it wasn’t solely aimed at children. The quick-paced performances were impressive and the incorporation of local current affairs led to lots of ‘adult jokes’ that went over the kids’ heads (but were not inappropriate if they did understand). Barmy Britain was full of toilet humour and disgusting detail, and our family left feeling happy and exhausted from all of the laughter and clapping.