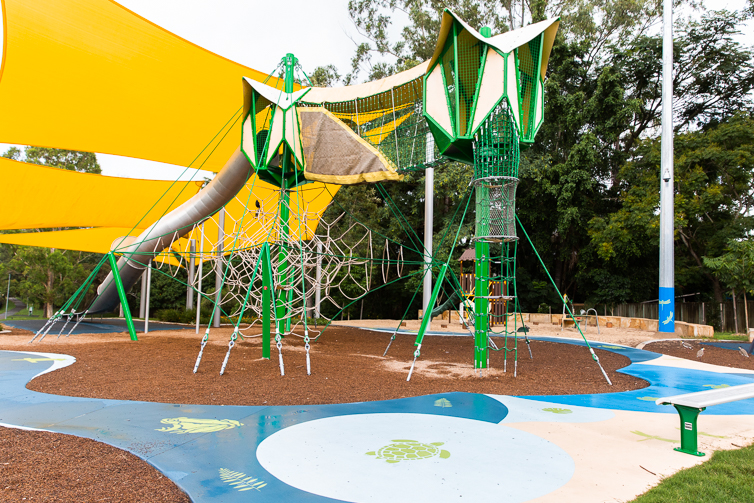 Tucked away in a quiet suburban corner, Homestead Park, Shailer Park is located next to a tranquil creek and surrounded by trees and is truly a hidden gem of a playground! It’s definitely worth a visit if you’re in the area or as a destination all on its own.

This park has a little bit of everything! There is a super-sized playground for older Brisbane Kids with sky cabins, huge rope climbs and a massive tunnel slide.

There is also a climbing tunnel and a sky bridge here – a fantastic challenge and a thrilling experience – although perhaps a bit much for children who have a fear of heights!  As this playground is peached on top of a grassy hill there is a real sense of being high up in the sky here.

There is also an incredibly cool spinning globe – a bit like a modern take on a merry-go-round.  Younger children will be drawn to the sand play station and the smaller play structure which also has a slide and cubby house, and a corner store tucked in underneath.

The area around the play equipment is dotted with logs to balance on, and rubber frogs and even a crocodile.

The large basket swing has become a playground staple and is a hit with kids of all ages.

There is also a fenced in mini soccer area down the hill from the main playground area, next to the creek, so bring a ball along for a kick around and score some goals! Kids of all ages will enjoy challenging themselves with climbing up to the sky cabins with the super slide being a very sweet reward for those who make it to the top.  The beautiful creekside setting means there is an abundance of birdlife here and combined with the lush surrounds Brisbane Kids can easily imagine that they’re exploring a jungle or they’re hiding out up in a bird’s nest.

The creek itself is a beautiful element to this space and the frogs and painted turtles on the paths around the playground definitely inspire children to take notice of their natural setting. Homestead Park, Shailer Park playground is tucked away at the end of Trinette Street and there are a few car park bays here, with more parking available at the Springwood Suns Cricket Club at Jodie Street (also where the toilets are located for this park).

Unfortunately this playground isn’t particularly accessible and the toilets are some distance from the play equipment.

There are several picnic tables and barbecues located near this playground and seats as well as sandstone blocks surrounding the playground for supervision.

There are some very nice off-leash dog parks here with fun obstacles and lots of shady trees.

The playground is largely unshaded, but some shade sails have been strategically installed to protect the metal slide from the worst of the sun.

There is exercise equipment dotted along the creekside path between the playground and the nearby Cricket Club. Also in the area are the Daisy Hill Koala Centre and Shailer Pioneer Park. 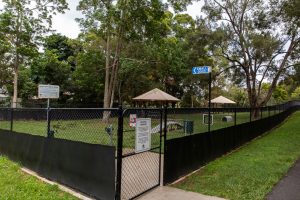 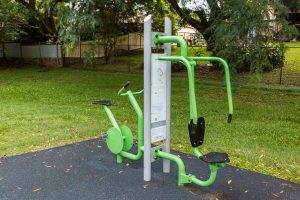 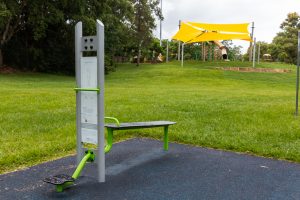 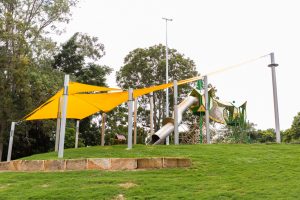 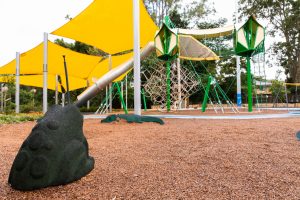 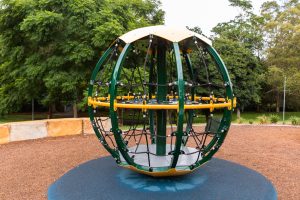 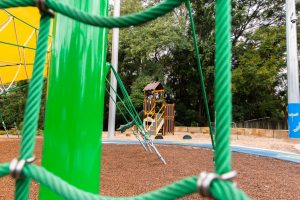 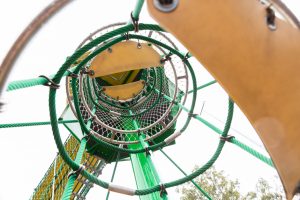 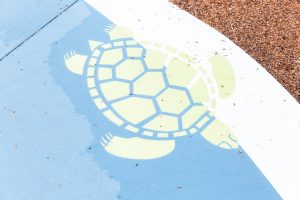 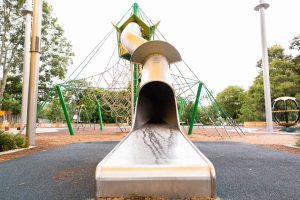 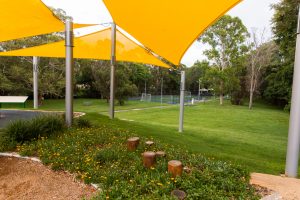 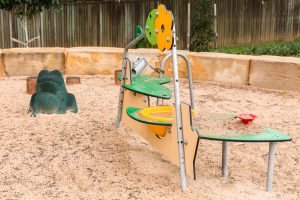 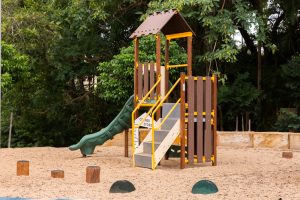 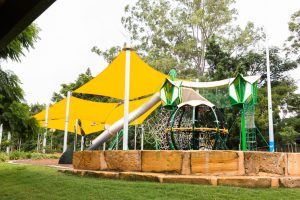 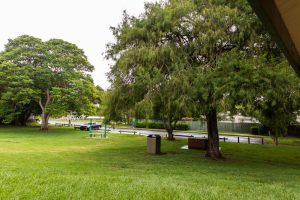 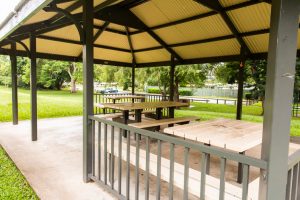 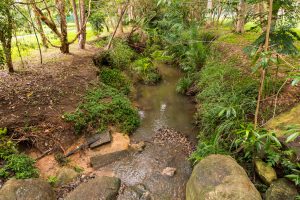 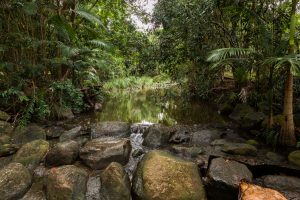 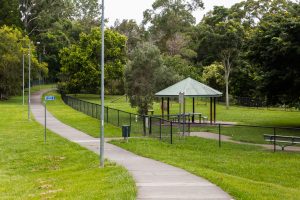 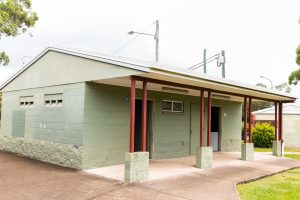