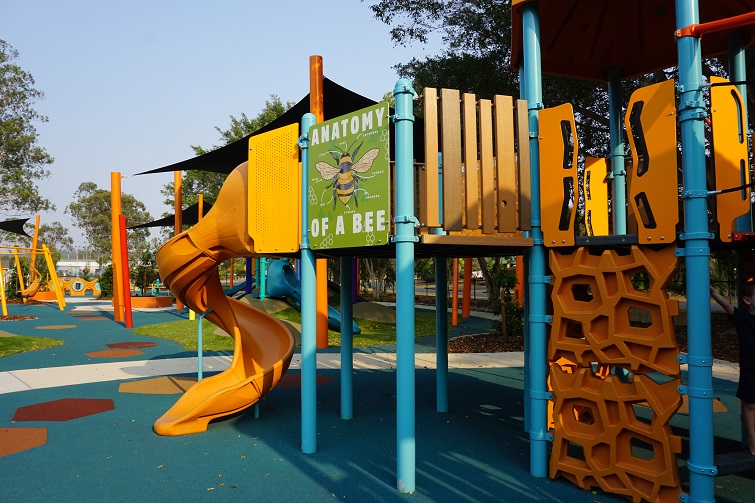 Like a rainbow under the trees, The Hills District All-Abilities Playground is as inclusive as it is engaging for Brisbane Kids of all ages with a wonderfully accessible playground.

The Hills District All-Abilities Playground (also referred to as Leslie Patrick Park) is a fully fenced playground with a number of play areas.

There’s a musical area where children can create a symphony on the glockenspiel, drums, xylophone, and other instruments. 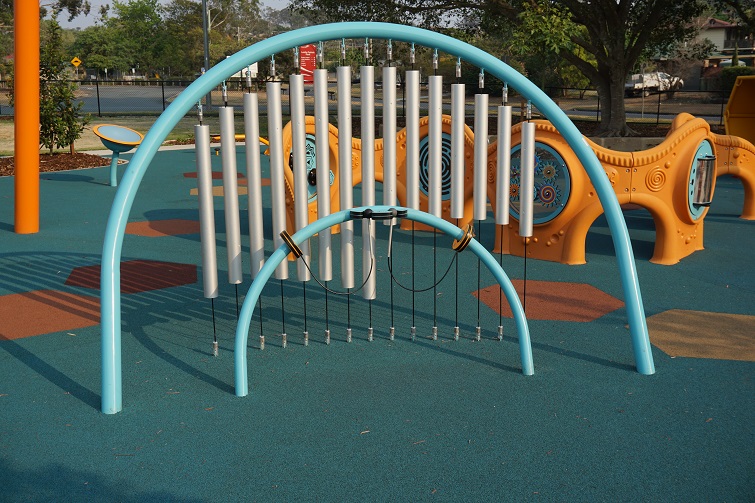 Or perhaps the sandpit is more appealing. It has two diggers and there is plenty of room to create castles, moats and tracks for cars and trucks.

Dotted around the playground are mature trees with sandstone blocks that are perfect for balancing, following or chasing games. 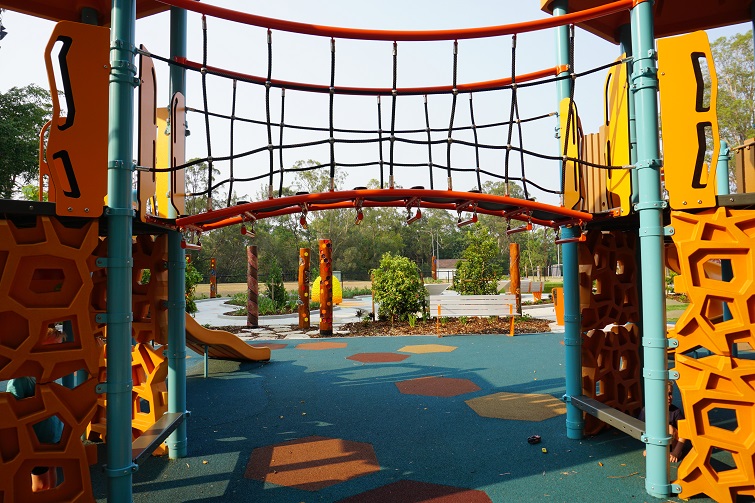 The small cubby lends itself well to imaginative play, it has a farmer’s market and café theme. It’s easily accessible for toddlers to move about independently yet big enough for pre-schoolers. For those that appreciate things a little quieter, there is a whimsical garden area with seats and specially planted herbs and flowers. Each planting box has informative signage.

There is also a  small hill with slides and a larger fort where kids can burn some energy. 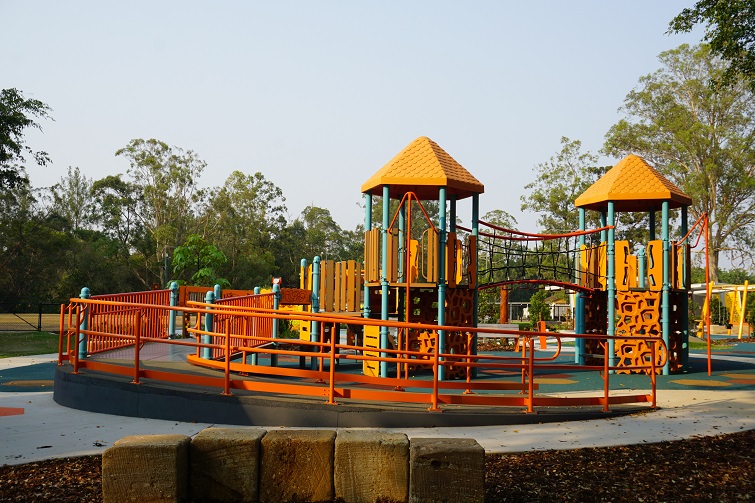 Climbers will appreciate the fort which has a ramp to the lower section with musical panels and a functional periscope! The upper section has a slide, fireman’s pole, bridge and climbing walls.

Neatly tucked under the bridge are monkey bars.

A lovely bike track circles the playground and playing fields of Leslie Patrick Park, linking up with nearby bikeways. The playground is on a sand base and has a watercourse near it frequented by ducks.  The playground also features a BBQ. Located right near Kmart Arana Hills with a walkway passing under busy Dawson Parade, you could easily and safely park at the shopping centre and follow the path to the playground. 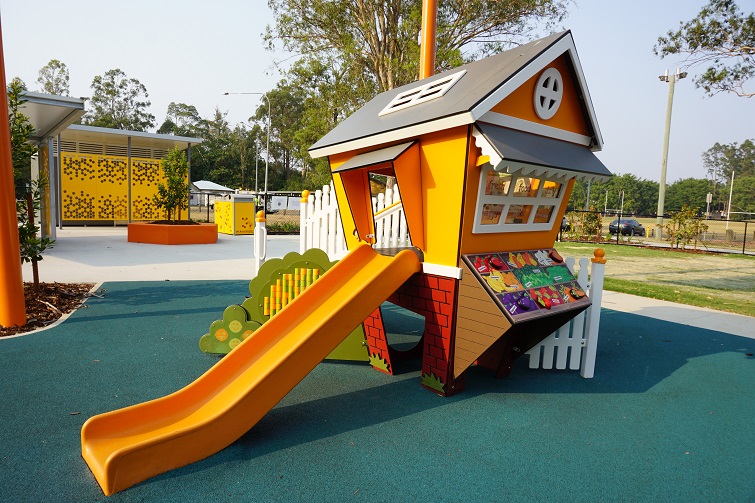 One of the best parts of this north-side playground its fencing, which means that you can actually relax instead of worrying about your Brisbane Kid running off!

The whimsical garden area with the bee and flower theme makes for a lovely space to play gardeners. Perhaps a mystical creature lurks in the forest, with little explorers jumping from sandstone block to block. Musicians in the making may form a band, create the next big hit and perform for their adoring fans. 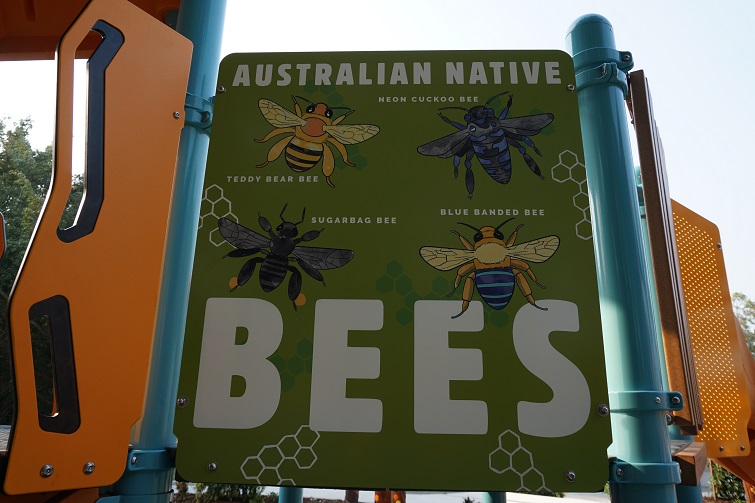 Paths connect all the elements and solid rubberised soft fall means it’s accessible for children in wheelchairs. The picnic tables have space for wheelchairs at the end. Play equipment is specifically designed for inclusive play where all kids of all abilities can play alongside each other. Elements are set at an appropriate height for wheelchairs, the fort has a ramp and the spinner is flush with the ground. There are two swings with high backrests and hard plastic harness.

One of the notable things about the playground is the toilet which is located within the fenced area. There is off-street parking and a number of wheelchair designated parks.

This playground is a magical place with so many spaces to enjoy. With this in mind, it can be difficult to keep track of multiples. 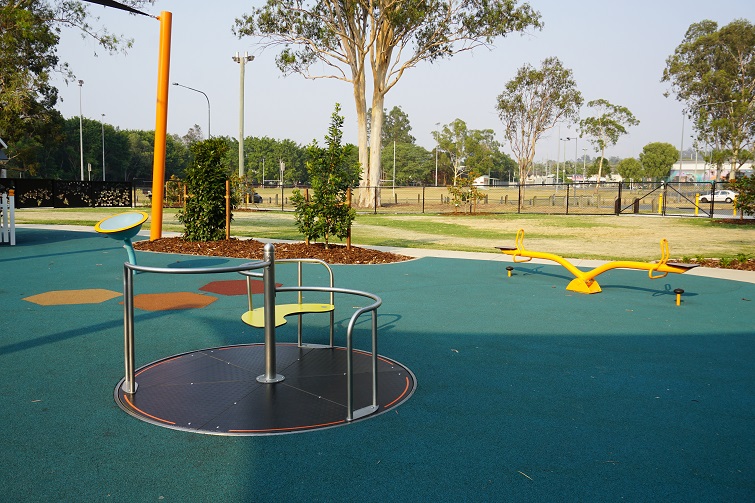 The Hills District All-Abilities Playground is located on Dawson Parade in Arana Hills. 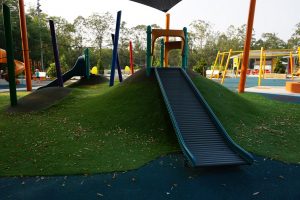 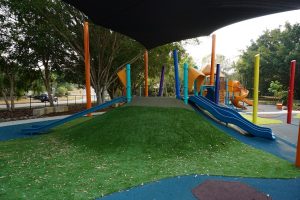 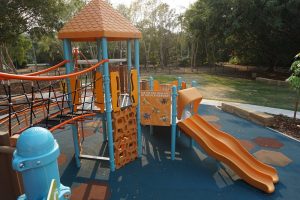 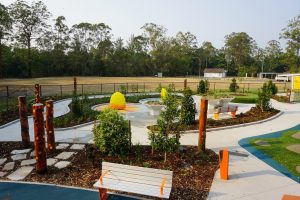 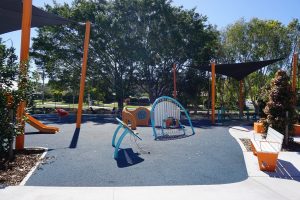 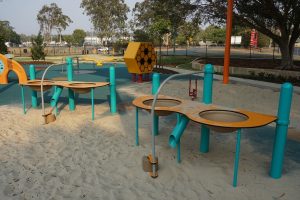 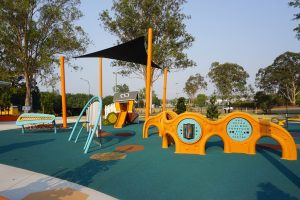 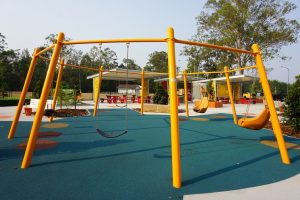 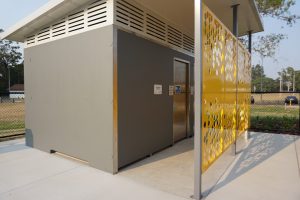 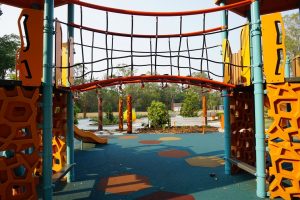 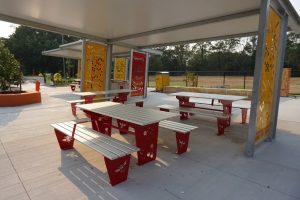 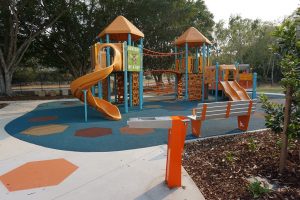 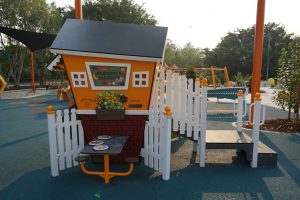 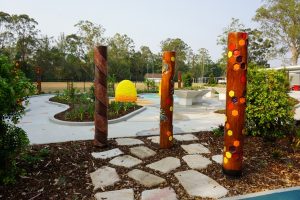