The awesome variety of equipment on offer at Hawthorne Park enables every member of your Brisbane family to relax and enjoy themselves.

Hawthorne Park playground, also known as Livvi’s Place Brisbane, is a lovely central park with a playground that is fully fenced and accessed only by a gate. On top of this, the playground is sheltered by shade sails, which gives it two big ticks in our review. The play equipment is suited to a variety of ages and abilities, with a large sandpit, climbing nets, group swing and a scary slide (recommended for older Brisbane Kids).

There are also rockers, a see saw, individual swings and activity panels here.  The inclusion of a ‘Sway Fun’ swing means that those in wheelchairs are able to join in the fun also. Outside of the fenced area, there is a great table with shelter and an electric barbeque.

Flat concrete paths run throughout the park and circle the adjacent playing field. This park also has fitness stations. Eagle eyed children might recognise features of Hawthorne park are similar to those featured in a couple of different Bluey episodes which can really add to the fun. The variety of equipment in Hawthorne Park’s playground enables children of all ages to have a great time here. Bigger kids will have a tonne of fun (and scare their mums and dads) climbing the spiderweb nets and monkey bars and zooming down the slide to safety.

The sandpit area is awesome for games of construction sites and building sandcastles with a permanent hand operated digger accessible from the rubber at the side and a sand play table in the middle. The group swing encourages cooperation and interaction with fellow visitors and the Braille Board and accessible elements can encourage positive discussions around diversity and inclusivity. Hawthorne Park has accessible toilet facilities; however they are located some distance from the playground, on the opposite side of the playing field next to the Morningside Panthers football club building (near Oak Street). The bikeway paths are wide and run throughout the park and around the ovals. Hawthorne Park has an electric barbeque, and sheltered picnic tables, bench seats and grassy open space to set up for the day. Another great nearby Brisbane Playground is Bulimba Riverside Park.

Hawthorne Park is located on Riding Road in Hawthorne. 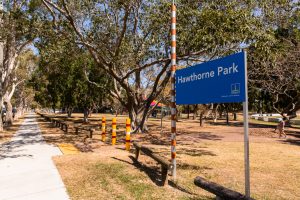 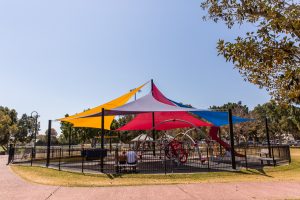 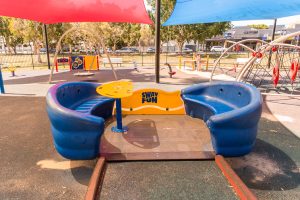 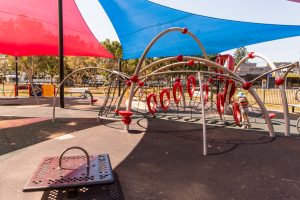 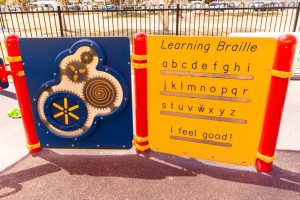 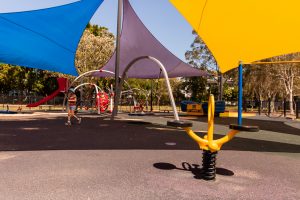 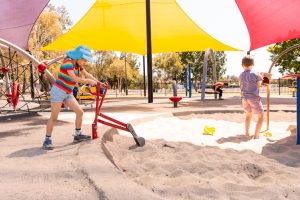 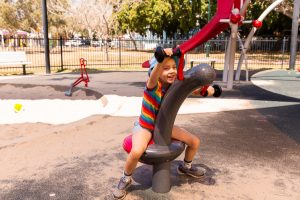 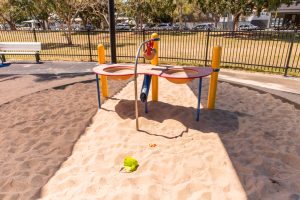 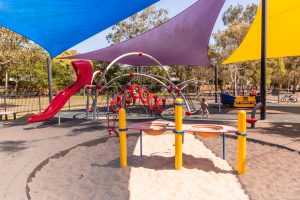 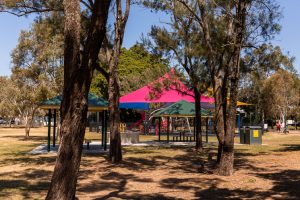 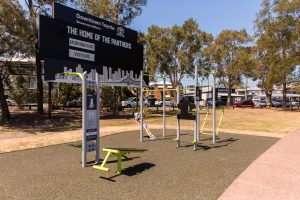