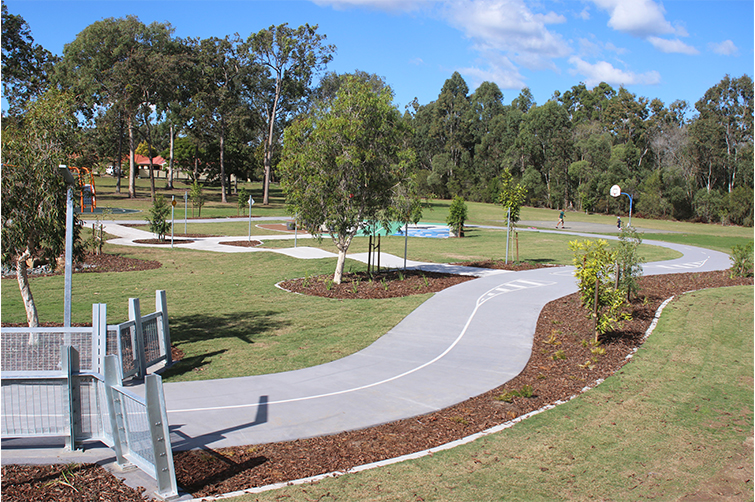 The addition of a brand new cycle track to the already generously spaced and equipped Greenways Esplanade Park is just one of the impressive additions and upgrades this park has recently received as part of a BBC initiative.

The 200m wide, concrete track is suitable for both scooter and bike riders and swerves and loops gracefully past an abundance of fun Brisbane landmarks and features along the way.  Kids can pass over a miniature Gateway Bridge, survey a meandering Brisbane River beneath it as they do and also head into and park at a CBD precinct as well.

The bike paths here offer children a great way to learn to adhere to certain road rules, the tracks are two way (stay to the left kids!) and comes complete with traffic signage, intersections, roundabouts and crossings.  There is even a bike maintenance area where busy riders can either pretend or genuinely tune their vehicle of choice with air pumps, allen keys, screwdrivers and spanners.

Greenways Esplanade Park is a large, open and largely flat park with two shade-sail covered playgrounds that feature swings, a slide and a climbing structure with a great wobbly bridge. A second more stable bridge set on the ground is fantastic for younger Brisbane Kids. Although it is uncovered, the massive climbing net is another popular feature of this park.

Dogs are also well-catered for with two play areas set aside for them, both fully fenced.  One is an off-leash open area and the other contains small obstacles and play equipment for them.

You really can’t go past the cycle park as a fantastic imaginative play environment for your kids.  Children can pretend they are going on a great adventure as they travel the streets of Brisbane, meet up with friends or head ‘off road’ to the motorcross jumps all in one day.  The expansive, open green spaces would also be ideal for anyone is who keen to fly a kite – that is if they can draw themselves away from all the other options the park offers to families.

Greenways Esplanade Park has toilets that cater for special needs as well as baby changing facilities. There are some great flat concrete paths around the outside of the park, so navigating with a wheelchair would be possible. The playground is unfenced and there are many wide concrete paths that lead up to the different areas of play.

Another nearby Brisbane Playground is Calamvale District Park. 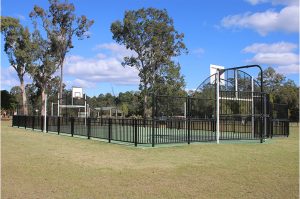 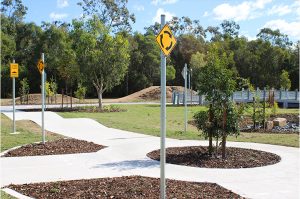 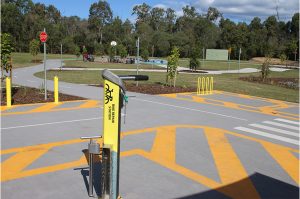 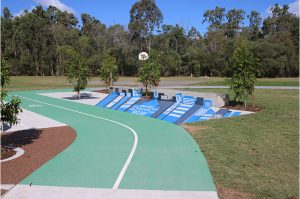 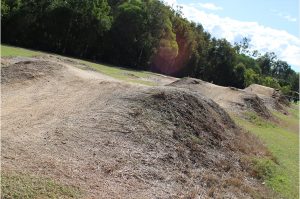 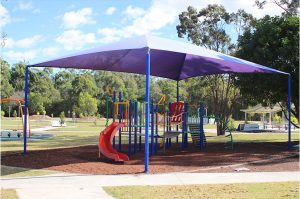 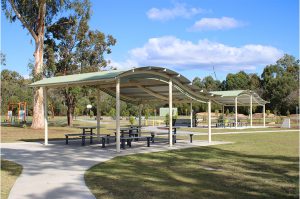 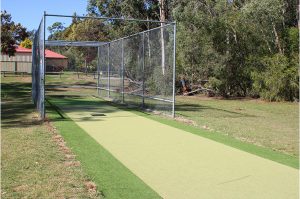 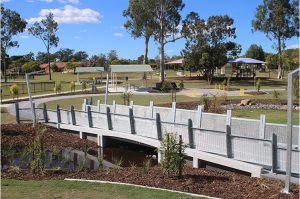 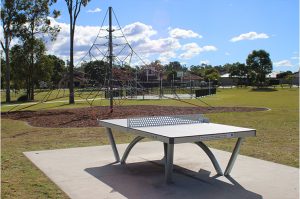 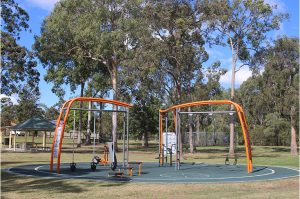 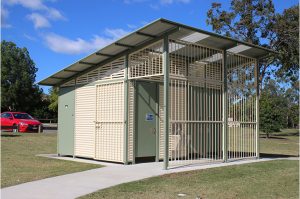