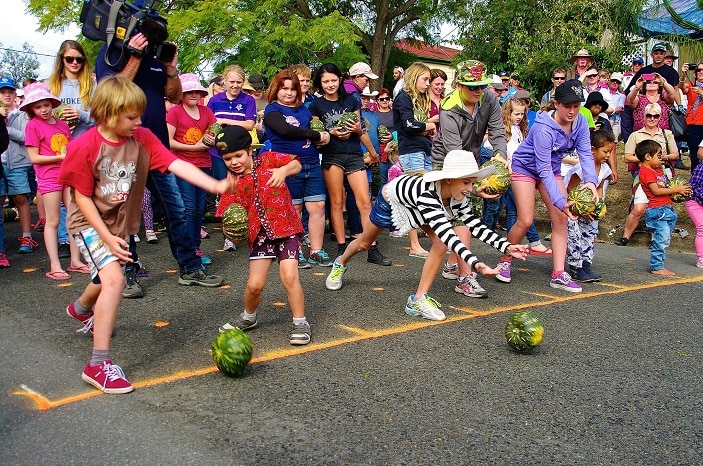 Have you ever considered trying your hand at pumpkin rolling or pumpkin shot put? If so, this is the festival for you. Included on RACQ’s 150 Must Do list, the Goomeri Pumpkin Festival is held each year on the last Sunday in May.

Originally started in the 90’s to boost the business economy and town morale, the festival has grown to become a popular event for Queensland families. The festival is a regional tourism award winner and continues to grow each year with organisers expecting more than 15,000 visitors to the event. 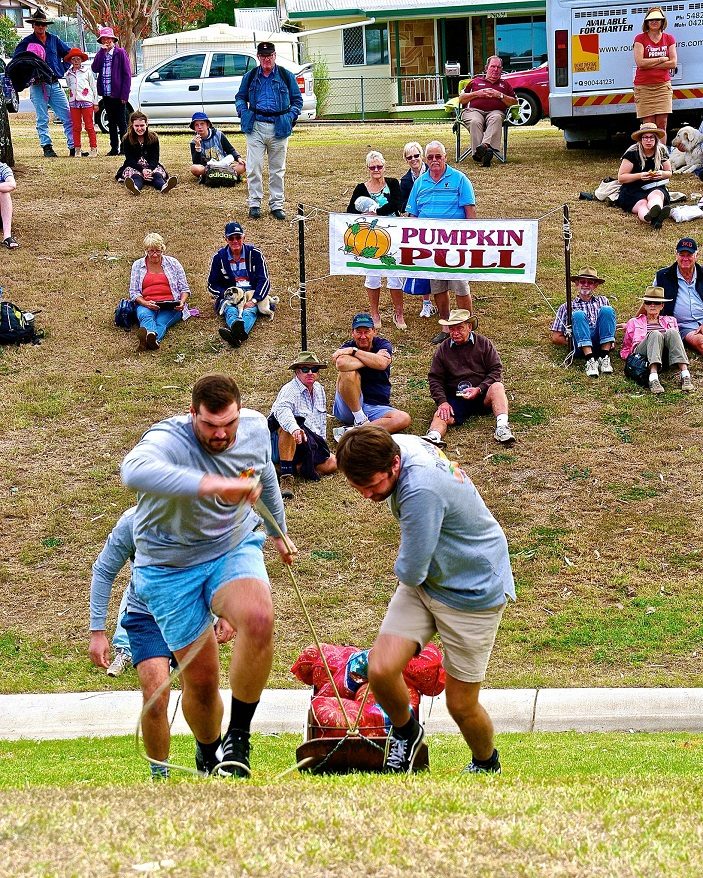 The Great Australian Pumpkin Roll is the festival’s signature event. Compete with hundreds of others rolling pumpkins down Policeman’s Hill to become the Pumpkin Rolling Champion. The pumpkin sports bonanza also includes pumpkin bowls, pumpkin shotput, and the pumpkin pull.

Kids can test out their creativity in the decorated pumpkin competition. The competition is split into four age groups with an open category as well. They can also dress up in their best pumpkin-themed costume in the pumpkin pageant. All pumpkin pageant entrants get to walk in the street parade too. 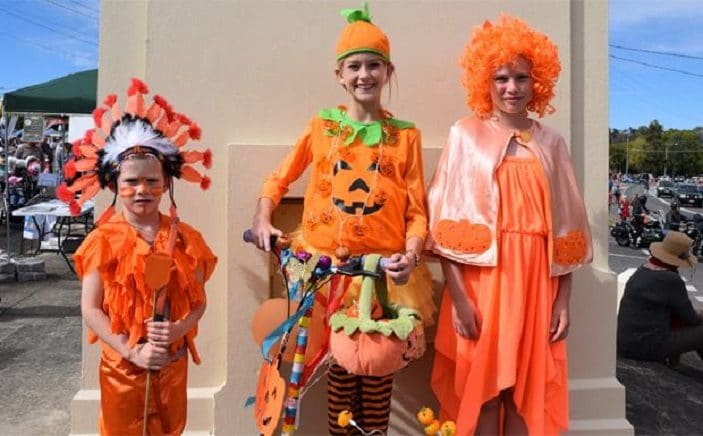 The family-friendly event now includes more than just pumpkins. There will be pig races, pony and camel rides, and an animal nursery. Kids can get involved in the skateboarding workshops and there will be chainsaw demonstrations and competitions to watch.

A new addition for 2019 includes ‘Gourmet Destinations’. Watch local celebrity chefs prepare tasty dishes using local produce and ingredients to showcase what the region has to offer. You may get called on for taste-testing and you’ll have the opportunity to buy ingredients direct from the producer. There is also a full-day program of live music and entertainment on the main stage in the Railway Yards Precinct.  And with more than 200 market stalls, there will be something for everyone.

How to get to Goomeri

Goomeri is located on the Burnett Highway, 265km north-west of Brisbane (approximately 2.5 hours from the CBD). There are many picturesque routes you can take to get there. The easiest option is to head north and take the D’Aguilar Highway from Caboolture. An easy drive where you will get to see some great little towns such as Woodford, Blackbutt, Yarraman, and Nanango on the way.  (Here’s an insider’s tip – On your way back to Brisbane, stop in at Blackbutt Bakery and pick up an amazing wood-fired loaf of bread).

Find out more information about the Goomeri Pumpkin Festival.

Click here to see what else is happening in the South Burnett Region.