Giant Dinosaur Has Arrived in Brisbane 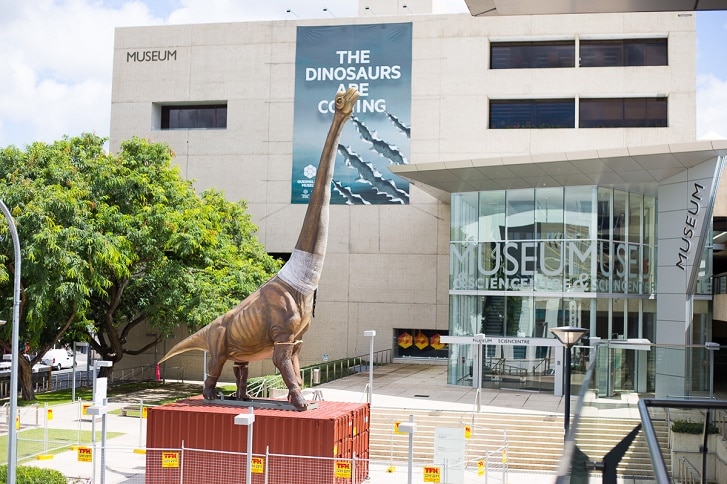 The Queensland Museum is playing host to one of the biggest dinosaurs that ever existed the  Brachiosaurus.

The 10 metre, 1.3 tonne dinosaur will be  installed outside the Queensland Museum as part of the Dinosaur Discovery: Lost Creatures of the Cretaceous exhibition which opens in March. If you want to check it out then head to the corner of Grey and Melbourne Streets.

Found in North America, Brachiosaurus is one of the largest dinosaurs to have ever existed, and has been estimated to weigh up to 45 tonnes, measure up to 26 metres and have eaten between 200 and 400 kilograms of plants a day. Brachiosaurus roamed the earth in the late Jurassic period about 150 million years ago.

This rubber and silicone model, which has been built to scientific specifications, will be on public display outside the museum for the duration of the Dinosaur Discovery: Lost Creatures of the Cretaceous exhibition which features 20 life-sized, animated dinosaurs. 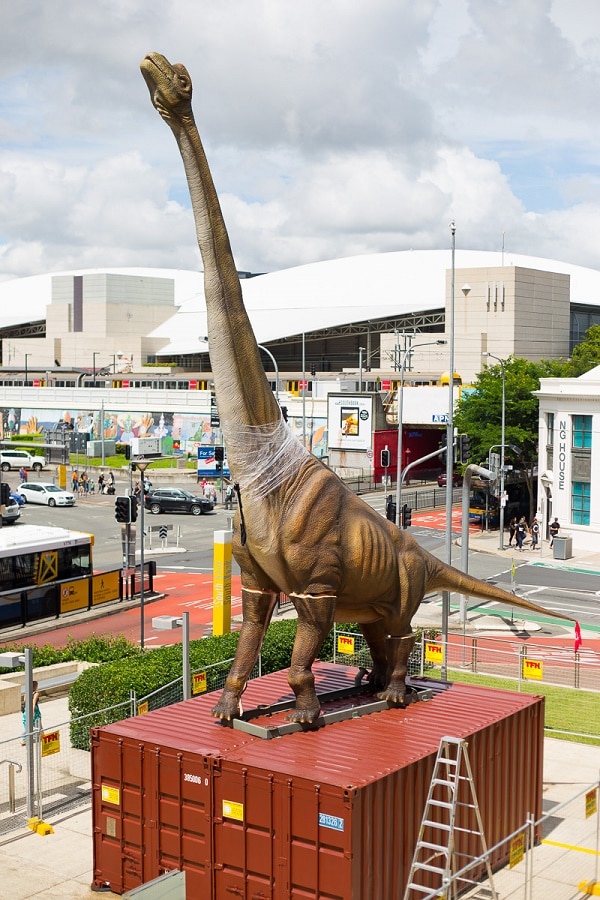 One response to “Giant Dinosaur Has Arrived in Brisbane”